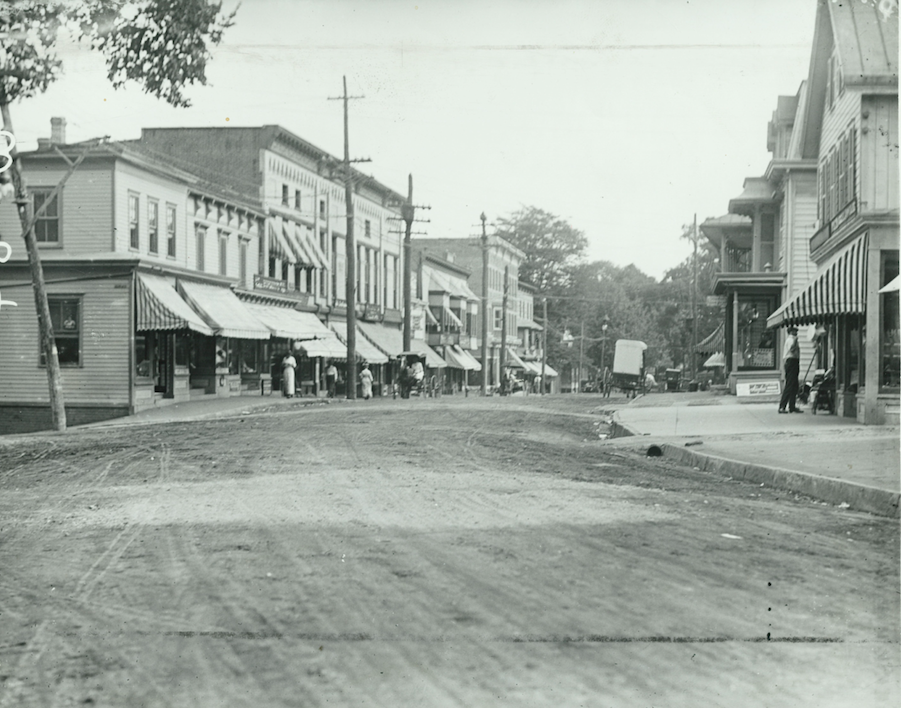 In addition to being the oldest building on the block, 102 Main Street is one of the more important historical  buildings in town.

In 1801 when New Canaan was finally organized into its own town, the Main Street that we know today simply did not exist.

There was one blacksmith’s shop, five homes, and fields scattered around what was then known as Upper White Oak Shade.  There was no need for an organized “downtown” area when this region was first settled back in the early 1700s because it was essentially the rural part of either Norwalk or Stamford.  A settler would simply have to travel to either town to do whatever shopping needed to be done.  Of course this sort of journey proved to be too long for most, so stores did eventually pop up in areas like Silvermine and Oenoke Ridge to serve their local communities.

When Benoni St. John built 102 Main Street as his store and home in 1804, he could probably see which way the wind was blowing.  The newly formed town would eventually need to develop a village and Main Street was the logical location.  It was the most traveled section of road in New Canaan as it led to Five Mile River landing.  Up the road was the Congregational Church, where all town meetings were held until 1825.

During a blizzard in February 1899,  102 Main Street was almost lost to a devastating fire.  Although every building on the east side of Main Street from East Ave to where Elm Street begins on the opposite side of the street was destroyed, including Seely and Hoyt’s general store, 102 Main was spared.  Photos from the day after the event show an icy scene where two buildings have completely burned.  All the buildings destroyed, except for the rival general store, were owned by William E. Raymond.  He proceeded to replace the lost buildings with the three story brick building, known as the Raymond Building, on the left of the picture.  This building is still standing today as 108-112 Main Street, but now has a metal facade.

As one can expect from a storefront that has been around for 220 years, many stores have come and gone.  Some past businesses include a shoe repair store, a hardware store, a clothing boutique, and a cigar store.  That Personal Touch, an engraving store, has been located in the building since it first opened in November 1983.  Dashi Custom Tailor has also been located at 102 Main Street since it first opened in 2014.  The current owner, Pavli Dashi, bought the store from Salvatore Prochilo who had worked in New Canaan for fifteen years as a master tailor.