New Canaan Police are investigating the theft of landscaping equipment from a Valley Road home, reported at 3:14 p.m. Sunday.

An online petition opposed to the West School cell tower proposal has garnered nearly 600 digital signatures. It says, in part: “Better cell coverage is a good idea, but not a tower 600 feet behind our school. Let’s not experiment with our kids. Let’s not take this risk. Young children, especially their brains, are more susceptible to non-ionizing radiation. Period. No study can say definitively that cell towers near kids are safe, and many say they’re not.” 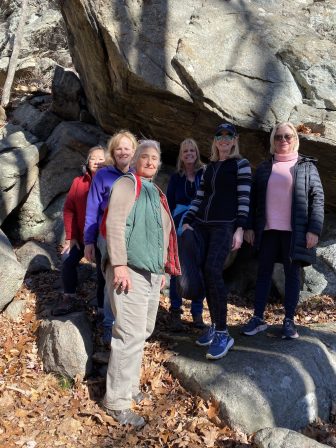 The Encore Hiking Group last week visited the cave where “The Leatherman,” a wandering hermit, was said to spend time every year on his circuit around the area until he died in 1889.

The current schedule for the building project at the New Canaan Police Department, with the bid phase ending in July 2023 followed by 18 to 24 months of construction, would mean it finishes in the fall of 2025, the town’s senior engineer said at Tuesday’s selectmen meeting.

The town since July 1 has spent $9,332 in legal fees with the town attorney‘s firm of Berchem Moses PC on the West School “cell tower lease,” according to a legal bill approved Tuesday by the Board of Selectmen.

The New Canaan Athletic Foundation’s Annual Bash will be held 6:30 to 10:30 p.m. on Nov. 22 at the Country Club of New Canaan. Details here. 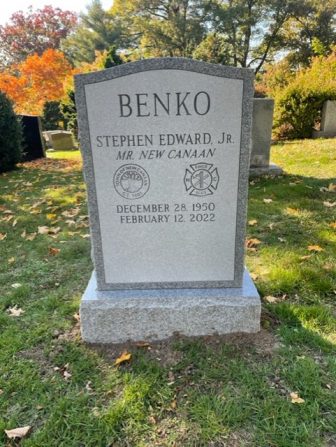 A lawyer representing the owner of an Urban Street residence on Tuesday filed papers in state Superior Court to evict a tenant there, saying the tenant failed to pay $2,000 in monthly rent in September and October.

To kick off the holiday season and welcome friends and family who are in New Canaan for Thanksgiving, the downtown holiday lights will be turned on next Tuesday evening. The lights are an important New Canaan tradition that is paid for by local residents. Your family can contribute to this effort by donating to the New Canaan Chamber Charitable Foundation which is a 501 (c) 3. 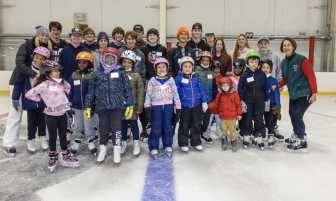 Ice Skating for Everyone students, their families, teen mentors, instructors, and coaches, celebrated 15 weeks of skating lessons and fun with an awards ceremony and pizza party last Saturday. Contributed

Congratulations to Ice Skating for Everyone on finishing its 2022 lessons, benefitting 56 students in the Horizons program. The organization was founded three years ago by New Canaan’s Emily Kelting, a former professional figure skater with the International Holiday on Ice, a women’s hockey player with the New Canaan Mother Puckers, and a local skating coach at the New Canaan Winter Club.

Finally, here are some more worthwhile local events (upload your event to the Community Calendar here and we’ll share it):