Here’s a ‘Happy Birthday’ to a gem and gentleman of a local man. 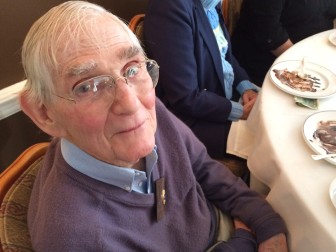 Officials are looking to slow down motorists traveling on Weed Street between Wahackme and Dunning, where the 85th percentile of drivers recently were clocked by speed sentries at 36 mph in northbound and southbound lanes, according to the New Canaan Traffic Calming Work Group. 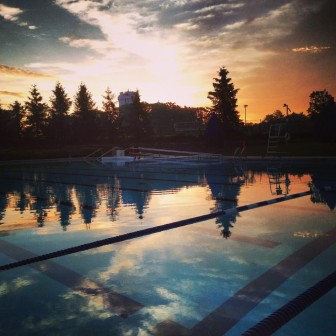 The Park & Recreation Commission is looking into acquiring a heater for the Waveny Pool following a successful season where one of the isolated asks from pass-holders was warmer temperatures for little kids. “We forget that little kids do get cold, so we’re exploring what the cost of a heater would be,” Chairman Sally Campbell said at the commission’s Oct. 14 meeting.

On the heels of news that Stewart’s Wine & Spirits will move into a new building now under construction at 215 Elm St., one of New Canaan’s oldest retail establishments—1907-founded Walter Stewart’s, a fourth-generation family-owned business—has unveiled plans for a renovation and expansion.

This is straight from Doug Stewart: “Walter Stewart’s is putting the final touches on plans to renovate its existing supermarket, while creating a new home for Stewart’s Wine and Spirits, at 215 Elm Street. Innovation is the key to expanding selection across the board: fresh seafood and meats, hot-foods bar, salad bar, local and organic produce. Also on board are a
state-of-the-art kitchen enabling increased- quality of prepared food options. Relocating the Spirits’ shop will expand the choice of wine, craft beer and liquor, as well as a wine-tasting station. Convenient parking and an improved shopping experience are included. The project will be staged over the next year and a half, with Spirits as the first phase. The intention is to remain open, with regular business hours, throughout the process.”

A rendering of plans for Walter Stewart’s Market after Stewart’s Spirits moves into a dedicated space just across the lot from the iconic Elm Street business. Rendering from Frederick William Hoag Architect

“Local architect Frederick Hoag notes that the original design by Victor Christ-Janer (an associate of the Harvard Five) is still relevant today. While updating the physical plant to be more ‘sustainable,’ he is mindful of Christ-Janer’s vision of a ‘galleria’ shopping experience,” Doug tells us. 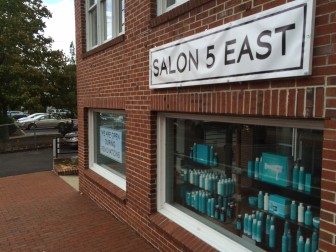 Salon 5 East has hung a temporary new sign outside the salon and spa near the corner of East Avenue and Main Street. Credit: Michael Dinan

A temporary sign has gone up at 5 Salon East, Toni Esposito’s new salon and spa, which is operating out of the space most recently occupied by Hairquarters West.

A fire alarm went off at New Canaan High School at 10:55 a.m. Monday due to smoke in the kitchen, Principal Bill Egan told parents in an email sent within 20 minutes of the alarm. “The fire department responded and quickly gave the all clear. The students, and staff followed all procedures as planned,” he said. 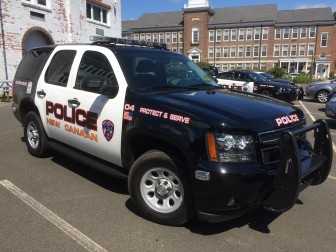 Police on Oct. 16 arrested a South Avenue man by warrant and charged him with failure to appear. The warrant came about after he failed to appear in court following a third ticket, issued in February, for using a cellphone while operating a motor vehicle. He’s now scheduled to appear Oct. 27.

NewCanaanite.com’s second “Community Coffee” is set for 9 to 10 a.m. on Thursday, Oct. 22 at New Canaan Library. Please join us for an open discussion of a wide range of issues facing New Canaanites. Police Chief Leon Krolikowski will be among those in attendance, and we’ll have hot coffee from Zumbach’s ready. 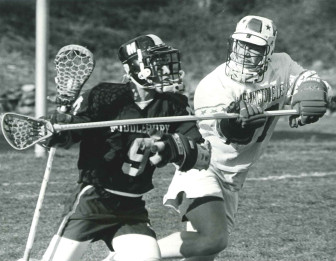 Congratulations to two New Canaanites who will be inducted next month into the Connecticut Chapter of the U.S. Lacrosse Hall of Fame, ’86 NCHS graduate Reid Campbell and ’94 NCHS graduate Cari Hills.

From their bios (which can be found through a link here in full):

“Reid stopped one of Wilton’s best players, helping seal a Connecticut State Championship in 1986,” according to legendary New Canaan Coach Howard Benedict. Benedict goes on to say “through will, skill and strategy, he was able to shut down the opponent’s best attack at every level, including the best club teams of his era” during a 13-year career at the high school, collegiate and post-collegiate levels.

Cari helped New Canaan win its first and only FCIAC girl’s lacrosse championship, scoring six of the team’s eight goals in the 1993 final against Greenwich. For her career, she had 97 goals and was tri-captain as a senior. At Cornell University, Cari was a two-time All-American in lacrosse and was Cornell’s first-ever All-American in field hockey.

This one’s all you, Darien. A website has identified the hometown of the reigning state football runners-up as the “Snobbiest Place in Connecticut.” The top-10 list uses this data: 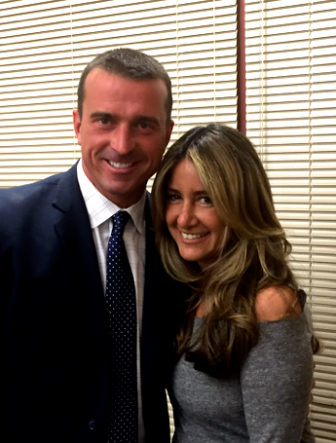 We’re hearing that former NBA star Chris Herren, scheduled to speak Tuesday night (Oct. 20) at NCHS about his personal story of drug addiction and redemption (an event presented by New Canaan CARES and co-sponsored by the YMCA and Silver Hill Hospital), has made a huge impact during the short time that he’s been in town. Herren while he’s in the area is giving an interview to New Canaanite Wendy Lowy Sloane, host of radio show “What’s Up With Wendy?” on 1490AM-WGCH. Her interview with Herren will air at 11 a.m. this Friday, in a show also featuring ECHOSMITH and Donna Karan. 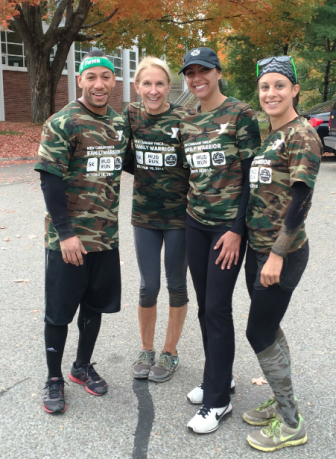 A team from Bankwell in New Canaan participated in the New Canaan YMCA Family Warrior Mud Run on Sunday at Kiwanis Park. The 5K with 10 obstacles (and lots of mud) gets support from fire and police departments, and benefits The Little Warriors, a Brian Bill Project. “This organization takes the children of fallen Navy SEALS on outdoor adventures that their fathers would have loved,” the Y tells us. Brian Bill was raised in Stamford, attended Trinity Catholic and Norwich University and then became a war hero as a Navy SEAL. He was killed at 31 on Aug. 6, 2011 in Afghanistan when his helicopter was shot down. Amy Bill Kutney, Brian’s sister, lives in New Canaan. 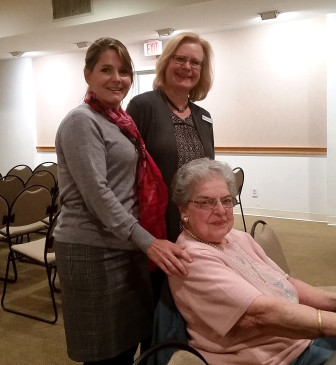 Congratulations to New Canaan’s Mary Tiani on her retirement from New Canaan Library following nearly 50 years of employment. We’re told library officials honored her with a luncheon on Tuesday, attended by Library Director Lisa Oldham, members of its Board of Trustees and staff. Born Mary Ann Pirone in New Canaan, she grew up in town, attended Center School and NCHS and went on to marry Frederick Tiani, who became the chief of police. Her two children, Lorraine and Fred, also grew up in town. Lorraine is a member of the Sisters of Notre Dame de Namur. Fred works for the New Canaan Police Department and lives right down the street from Mary with his wife Marlene and their two children, Fred and Ginamarie. She joined the library staff in 1966 and worked in a number of positions in both the circulation and collection management departments. Oldham said in a press release: “New Canaan Library has had the rare good fortune of having Mary and her exceptional work and dedication for such a long span. We will miss her greatly, but we’re so happy that Mary will enjoy the retirement she so richly deserves.” 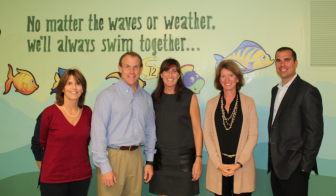 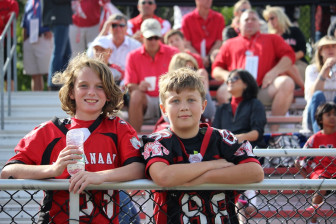 The New Canaan Youth Football Fifth Grade Black team gets most of the ink here at NewCanaanite.com. With that said, special mention needs to go out to a member of its counterpart Red team. Wide Receiver/Defensive Back Trey Hartnett had quite a game last week against Westport, scoring three touchdowns—including a long pick-six—in the Red 5’s 25-8 win. In typical modest fashion, Hartnett told us “it was a true team win. We needed that victory.” Congrats to Trey and the rest of head coach Nick Cascione’s squad.