Congratulations to the New Canaan High School varsity girls’ soccer team on a 2-1 victory over Amity on Monday. 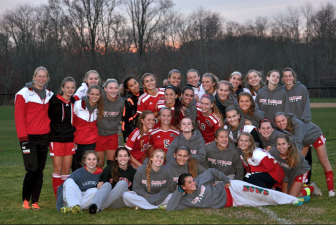 The girls advance to play No. 7 seed Middletown at 2 p.m. Wednesday. Best of luck!

Though some bridled after Audit Committee members issued a list of “action items” they said they required in order for the volunteer group to feel comfortable signing off on New Canaan’s financial statements, it appears local officials—including the first selectman, Town Council, school and finance boards and Audit Committee itself—have worked together to move forward as one. In an email sent late Monday, Audit Committee Chairman Bill Parrett said, in part: “I am confident the Audit Committee will continue to work towards our collective goal of having audited financial statements for the Town of [New Canaan]. We expect the [Audit Committee] would be able to support a recommendation to [Town Council] of issuing financial statements. Of course, the Town needs to close its books and [CPA firm O’Connor Davies] needs to first complete its audit and undertakings accomplished as agreed.”

A Chihuahua nipped a golden retriever some time before 12:30 p.m. at Irwin Park on Monday, officials said, opening a small slice on the larger dog’s nose. Both New Canaan dogs are OK and local police only learned about the incident after a veterinarian treating the victim dog urged the golden’s owner to phone authorities, Animal Control Officer Allyson Halm said.

The New Canaan Police Department is undergoing a voluntary accreditation with an independent agency that’s studying its compliance with several professional standards. Members of the public are invited to offer comments during a public information session with the Commission on Accreditation for Law Enforcement Agencies to be held at 6 p.m. Wednesday at Town Hall. CALEA will also listen to comments by phone at 203-919-8511 from 1 to 3 p.m. Tuesday. 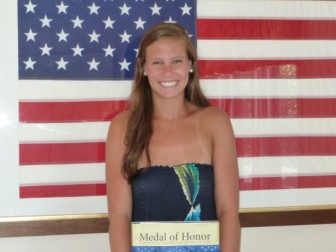 Congratulations to 2012 New Canaan High School graduate Cara Egan, who set two records Friday for the Loyola University Maryland women’s swim team. As reported by the Loyola Greyhounds Athletics website, Cara went 1:15:37 in the 100 breaststroke, breaking the existing record by a full two seconds (which is a lifetime in short course swimming), and 2:43:28 in the 200 breast, besting the former mark by a full three seconds. Her dad is NCHS Athletic Director Jay Egan and Cara’s is a family of talented swimmers. (By the way, the NCHS Girls Swimming team is up for the Ruden Report “Team of the Week”—give them a vote here!) Locals may also recall that Cara was named winner of the Jack Jacobs Congressional Medal of Honor Award for Citizenship, an award established at the New Canaan Community Foundation.

Thali Restaurant issued a press release Friday saying that the Indian food establishment will close this coming Sunday and reopen in a smaller space elsewhere in town. 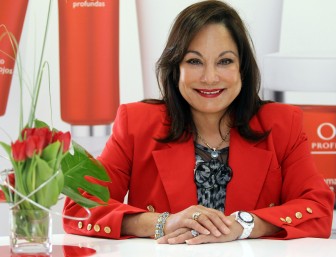 Members of the Parking Commission at a public meeting last week discussed an unusual problem downtown: A U.S. Postal Service letter carrier who works downtown appears to be parking his van, at times, in a handicapped parking space. Commissioners and officials from the New Canaan Parking Bureau opened the question of whether it is lawful to issue a parking ticket to a federal government vehicle.

Three residents in the past week have phoned Animal Control officials to complain about woodpeckers going at (pecking) their residences. Halm said she referred concerned residents to a Wildlife Hotline website, and discovered through her own research that tying mylar balloons in the area around where the birds are pecking will frighten them away. “We obviously have some very active woodpeckers,” she said. 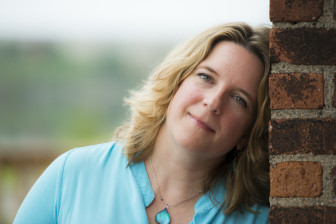 Heads-up on a great event coming up this weekend at Halo Studios. “From Challenge To Change: The Workshop” will be led from 9:30 a.m. to 12:30 p.m. this Saturday, Nov. 14, by local nutritionist Lisa Corrado. From promo materials: “It’s all about the next right step. We’ll lean on the power of group wisdom, writing and setting up accountability to keep ourselves on-track. Give us three hours and we’ll give you the permission slip and/or kick in the pants to take the next step.” More information here.

Some big “nearby news” here from Darienite.com: Shake Shack is coming to the Post Road in Darien.

The Connecticut Office of the Chief Medical Examiner said the cause of death in the case of a 46-year-old Father Peter’s Lane man found deceased at his home in September was acute Ethanol and Gamma-Hydroxybutyrate (or “GHB”) intoxication, and that it was an accident. According to a study published on the National Institutes of Health website, GHB is a “common drug of abuse that can produce serious toxicity, particularly when used with other sedatives.” “In recreational use, GHB is frequently ingested with other drugs, including most commonly ethanol, which has sedative effects similar to those of GHB,” the study said. 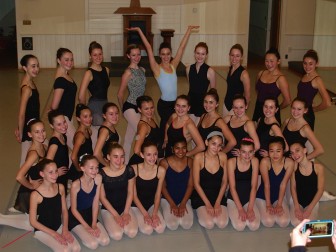 In an event underwritten by Bankwell, professional New York City ballerina Mary Elizabeth Sell last week taught a Master Class to students at the New England Academy of Dance on Main Street. We’re told that Sell, a former NEAD student, taught a Master Class to the Company and Enrichment level students as well as answered questions about life as a professional ballerina in NYC. 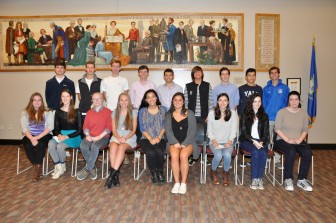 Here are the 18 members of the New Canaan High School class of 2016 who have been named “Commended Students” in the National Merit Scholarship Program. Valerie Stryker photo

Police received a complaint on Friday about a pair of coyotes lounging on the front porch of a Smith Ridge Road home. The property has apple and pear trees, officials said—Halm has urged residents who have those fruit trees to pick up what falls lest wildlife such as coyotes get comfortable viewing properties that offer them up as regular food sources. 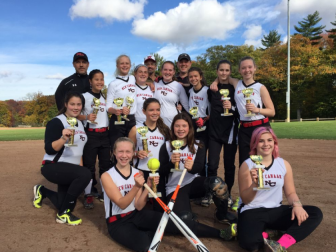 Congratulations to the New Canaan Softball Juniors who defeated Westport last Tuesday in the Fall Championship game to take first place. Both Westport and New Canaan ended up with stellar 8-1 records, but it was New Canaan that gave Westport their key definitive loss in the final game of the season-ending tournament that made all the difference. Behind the dominant pitching of Bridget Cleary, the team contributed uniformly on both offense and defense to make for an impressive win.

The New Canaan Farmers Market has done well enough in its summer session at the Center School parking lot downtown that it’s been extended into December, following approval last week by the Board of Selectmen. 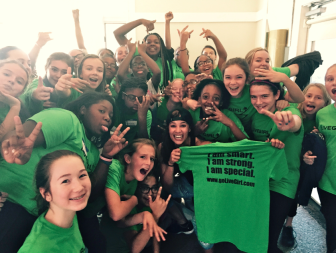 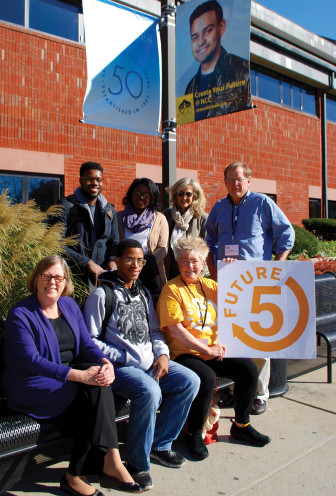 Future 5, a nonprofit led by New Canaanites that helps motivated, low-income high school students in Stamford, CT graduate and connect to a better and sustainable education and career path, announced the opening of a new space at Norwalk Community College. Future 5 students attending NCC and seeking help with academic, financial, time-management, and other challenges are now able to meet on-site with Future 5 coaches both by appointment and by drop-in. The new space, generously donated by NCC, is located in the Lifetime Learners Suite on the first floor of the West Campus. 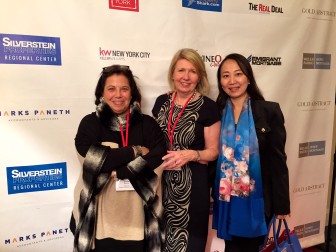 Finally, there’s a small dog named ‘Franny’ out there who’s been a little chilly on recent days and nights, since the animal’s coat was left behind at Town Hall. Anyone looking for it should contact the office of Town Clerk Claudia Weber, who doubles as the founder of Strays & Others, New Canaan’s animal rescue group: 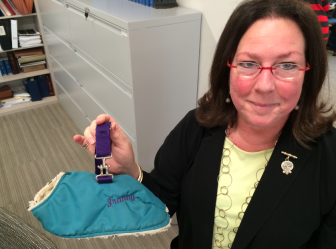