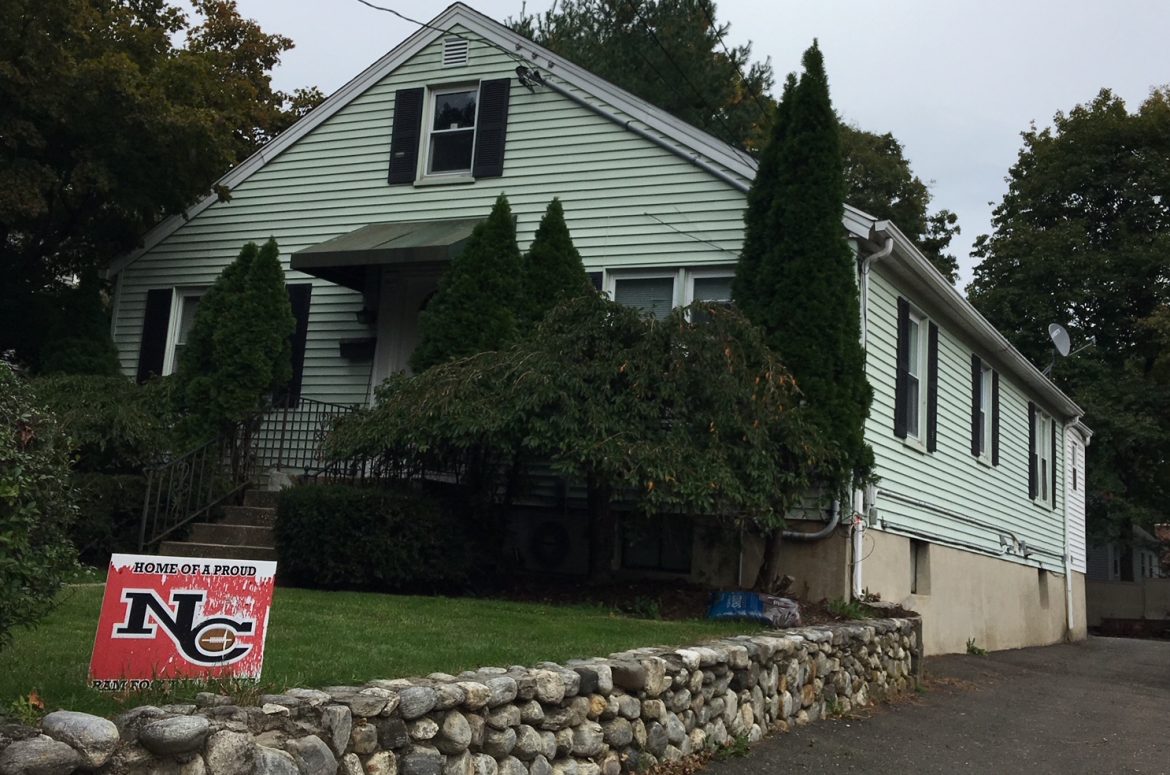 [Editor’s Note: A reference to sign enforcement was removed at the request of a participant in the meeting.]

As new types of signs pop up on residential properties and throughout the downtown, including many that are prohibited by local zoning regulations, town officials say New Canaan must make a conscious decision about whether to be more lax about them. 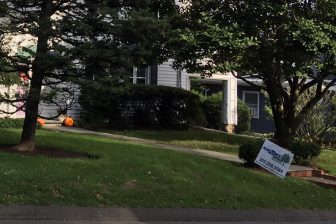 A contractor’s sign outside of a Main Street home. Credit: Michael Dinan

Members of the town’s legislative body say they’re receiving calls about proliferating lawn signs, from those promoting sports teams such as New Canaan Squash and New Canaan Football, to events such as Lobsterfest.

“Technically they are against our ordinance,” Town Councilman Steve Karl said at a recent meeting of the body’s Bylaws and Ordinances Committee, which he co-chairs.

“In the old days, [Planning & Zoning] had a sign police that would say, ‘Hey that’s an illegal sign,’ ” Karl said at the Oct. 1 meeting, held in Town Hall. “We have kind of softened that a little bit. We are even seeing neon signs in commercial windows. Do we want our town to look like that?” 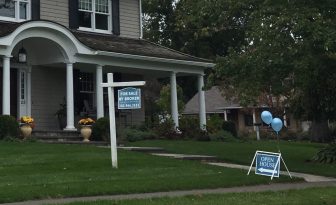 Karl recalled a time when even modest promotions on small business signs would earn a swift admonition from the town.

“You go around town now and we have softened because business has been tough, and maybe that’s the new norm, and we need to decide: Are we going to be a little more lax with our signs in town? People need to know what is or what isn’t legal.”

Under the New Canaan Zoning Regulations, temporary signs are allowed on the “sign wall” at South Avenue and Farm Road, and temporary signs also may be placed at the entrances to Waveny, so long as they’re removed within one day after “completion of the use or activity” they promote. 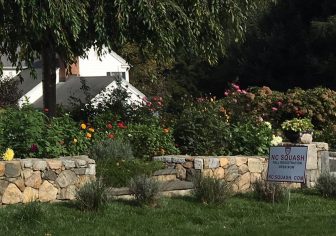 The zoning regulations allow for a number of different types of signs in residential zones, such as lawn signs bearing the names of the property or occupant, real estate signs and political signs associated with an election or referendum, so long as they’re removed within one week after voting is done. Other types of signs may be obtained with a zoning permit, such as multi-family developments, churches, schools or libraries. 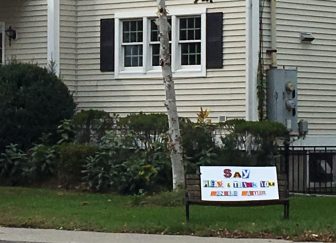 A sign with life advice, on a bench at an East Avenue home. Credit: Michael Dinan

Councilman Sven Englund noted that in the past, organizations would apply for a permit for a “Temporary Sign,” including at the firehouse for smoke alarm battery giveaways or even calls for volunteers.

“We went and asked for permission rather than begging forgiveness,” Englund said. 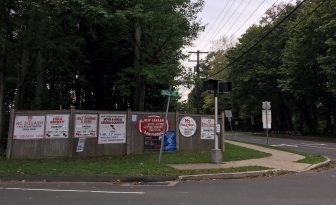 Karl said the town should strive to strike a balance. New Canaan Emergency Medical Services recently promoted an open house and “we are not going to discourage that,” Karl said. Yet “recently, I have seen Farm Road where all the athletic signs are and I drive by that and I see estate sale signs getting stuck out there.”

27 thoughts on “‘Do We Want Our Town To Look Like That?’: Officials Eye Illegal Signs in New Canaan [UPDATED]”