New Canaan resident Keith Richey is seeking the endorsement of the Republican Party for a seat on the elected Town Council. We put some questions to Richey about his candidacy. Our exchange follows.

New Canaanite: Tell us about yourself—how long have you lived in New Canaan, what have you been involved with here in town and what has led you to seek elected office? 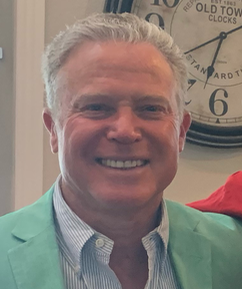 Keith Richey is seeking the Republican Party endorsement for Town Council at the July 20 caucus. Contributed

Keith Richey: My wife and I have lived in New Canaan since 1991. Our two children were raised here and received great educations at New Canaan public schools; my son also attended St. Luke’s School for middle school. Over the years, we have enjoyed this stellar community and have participated in many activities. Early on we particularly enjoyed the Indian Guides and Princesses where my son and daughter made great friendships and I became chief of the Iroquois Tribe. Perhaps my most well known contribution to the New Canaan community has been serving on the Parking Commission in which I have been privileged to serve as chairman since 2000. Most recently, I served as the 2020-2021 President of the New Canaan Men’s Club—formerly known as the “Senior Men’s Club”—through the Covid crisis. The NCMC is the largest club in town with over 350 members whose motto is “fellowship and service.” The New Canaan Exchange Club is the local chapter of the national service club that I joined in 1992 and served as program chairman and later as president. You may have seen me handing out flags on Memorial Day or doing the Clean-Your-Mile and other club activities around town. If you have purchased a Christmas tree from us, you have probably seen me along with other members of the club working at Kiwanis Park. The funds raised from this and other activities goes to our principal focus, the prevention of child abuse, as well as supporting many New Canaan organizations. I also joined the Gridiron Club around 1992 and have been an occasional—and extremely poor—performer. As avid dancers, my wife and I joined the New Canaan Dance Club and we served as treasurer and president during that club’s heyday. I’ve also been a member of the Poinsettia Club for many years and have organized the annual Rich-Mich Softball Game for the last 20 years or so. Professionally, I am a lawyer and, before retiring in 2018, specialized in international tax law. After graduating from the University of Southern California with a B.S. in Business cum laude, I then went to the University of Texas at Austin for law school, and later got an Master of Laws in Tax Law from New York University. My job experience includes clerking at the law firm, Gibson, Dunn & Crutcher, then working for Exxon, Mobil, Citibank, Xerox, ITT, then ITT’s spinoff, Xylem Inc. with increasing levels of responsibility. During this period I was a member and president of the Stamford Tax Association and also was the vice president in charge of the International Fiscal Association, Connecticut Region from 1999 to 2019. I am most fortunate to have been blessed with a wonderful family, good health, a high energy level, and a rewarding career. Giving back to my community is very important to me and I hope to continue to support New Canaan to make this town the very best it can be. It would be a distinct honor to be elected to the New Canaan Town Council.

What qualifies you for the office you are seeking?

The most straightforward response would be my record, which demonstrates a long history of involvement in the fabric of New Canaan and being selected to occupy leadership positions in virtually every organization that I have been a member of. In all of these roles, I have worked for consensus and tried to maintain a sense of perspective as well as a sense of humor, while moving things forward in a business-like fashion.

What is your vision for the elected body for which you are seeking GOP endorsement at the July 20 caucus?

New Canaan is a wonderful place to live.  No one knows what the future will bring but we need to maintain the quality of our schools, protect and preserve our institutions, our downtown, and our residential neighborhoods, without sacrificing progress and while taking advantage of technological improvements and making strategic improvements. To achieve these goals, we will sometimes need to resist outside political forces and local pressure groups in decision-making. I have a hands-on knowledge of New Canaan gained by participating in the organizations mentioned above and living here for 30 years. If I am elected to New Canaan Town Council, my intention or “vision” will be to research each issue extensively, engage with and hear from all perspectives, and then make decisions on the basis of what I believe to be in the best interests of the citizens of New Canaan and our long-term future.

[Editor’s Note: NewCanaanite.com is publishing Q&As with local Republicans seeking party endorsement for elected offices in contested races at the July 20 GOP caucus. We will publish letters of endorsement for the Republican caucus and Democratic endorsement meeting through July 9. Comments are disabled on this post.]