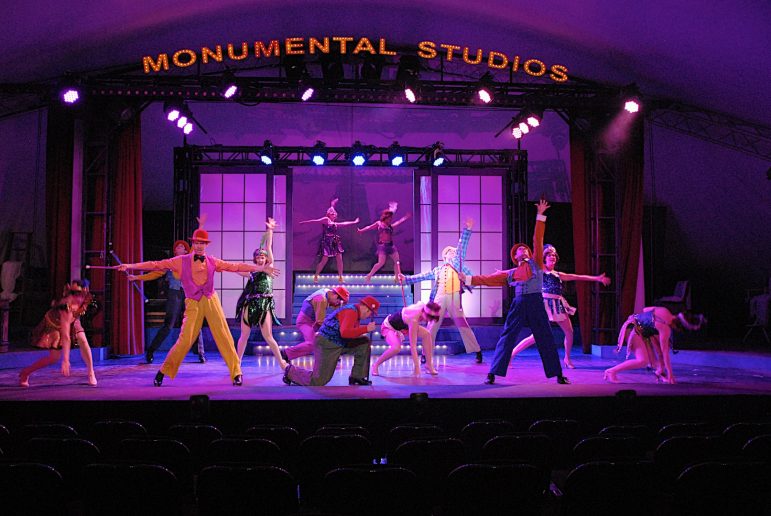 The Ensemble of Singin' in the Rain 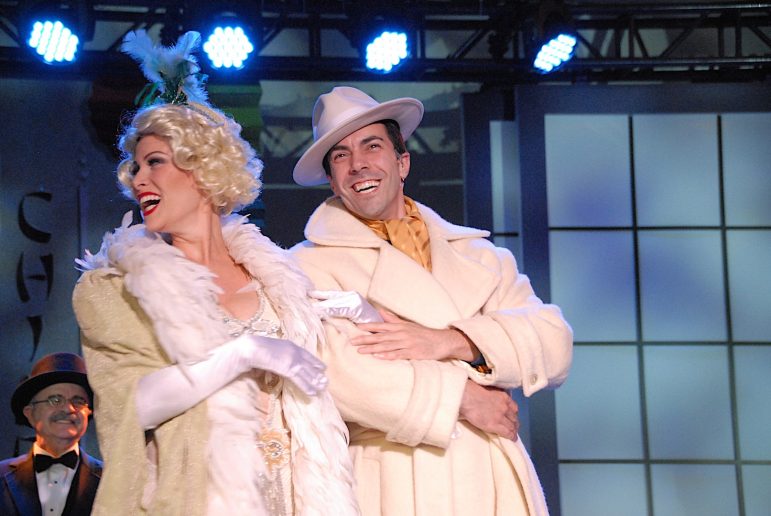 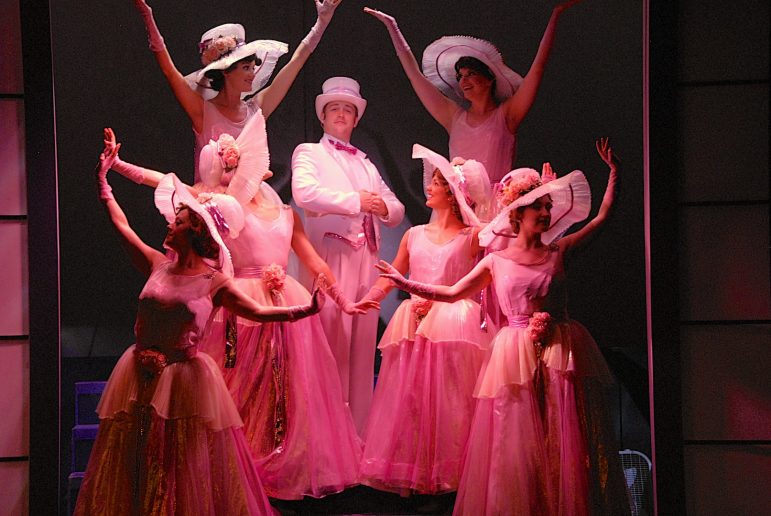 Nothing quite compares to the magic one witnesses as three generations of town residents take their seats beneath a white canvas tent and a welcoming party of fireflies to enjoy a classic musical.

This year, that enchanting energy is amplified tenfold with New Canaan Summer Theatre’s production of Singin’ in the Rain, a refreshingly traditional take on the iconic 1952 film. Under direction from Melody Libonati, the show is bursting with joy, and boasts a colorful, beautifully constructed set and committed performances from a  game cast.

For the unfamiliar, Singin’ in the Rain follows silent film star Don Lockwood, whose wildly successful career is threatened by the introduction of the “talking picture.” Set in the undeniably romantic world of Old Hollywood, Lockwood must manage such a career transition while also dealing with a difficult leading lady and his growing feelings for a talented ingénue. Dance and comedic timing are just as important, if not more so, as singing, and the cast lacks in neither department.

Matthew Tiberi is perfectly charming as Lockwood, bringing a kindness to the role that was less prevalent in Gene Kelly’s original portrayal. He’s a bona fide romantic lead, and you can’t help but love him more when his prop umbrella mangles itself during a dance number, and he reacts with a simple “oh!” before tossing it to the side and resuming his complicated tap number. David Rosetti shines as his sidekick, the often overlooked Cosmo, especially during “Make ‘em Laugh”, arguably the most difficult number on the roster. They are at their best during their joint tap numbers, where they play effortlessly off one another while their limbs fly about in satisfying synchronicity. Tiberi and Rosetti may be the stars of Singin’, but that’s not without competition from some sensational performances by the ladies.

First, there’s Annabelle Fox, whose performance as rising star and Lockwood’s love interest Kathy Seldin gives a timely tribute to the late Debbie Reynolds. Fox, with her wide, glistening blue eyes, genuine earnesty, and infectious smile, is a vision of Reynolds, but her performance never veers into impersonation. It’s impossible not to smile when she’s on stage.

Then, there’s Jodi Stevens, who steals every scene in which she appears as selfish, conceited leading lady Lina Lamont. It almost seems as though the term “scene-stealer” was invented for this character, and Stevens is up for the challenge. Without revealing anything, her performance, especially during the pre-recorded “movie-within-a-musical” bits, is utterly hilarious.

Of all the things Singin’ has to offer, the most show-stopping has to be its set, which is easily the most ambitious STONC construction in recent memory. Specifically, the mechanism that allows a rainstorm to pour down on Lockwood during the musical’s titular song. Again without revealing too much, the gasps of wonder and awe that rise from the crowd as it starts coming down will remind you why it’s so fun to see live theater. Director Libonatti also made a point to reference the town on several occasions—expect prerecorded cameos from Waveny House and First Selectman Rob Mallozzi.

With top notch singing and dancing, and laugh out loud comedy, Singin’ in the Rain is a surefire hit for the whole family. To have such a professional production right in our backyards is a privilege—do not take it for granted.

‘Singin’ in the Rain’ runs Thursday through Sunday from July 6 to 30 at Summer Theatre of New Canaan’s outdoor theater, parking at New Canaan High School alongside Dunning Field. Click here for ticket information and showtimes.

One thought on “Enchanting and Hilarious: Summer Theatre of New Canaan’s ‘Singin’ in the Rain’”