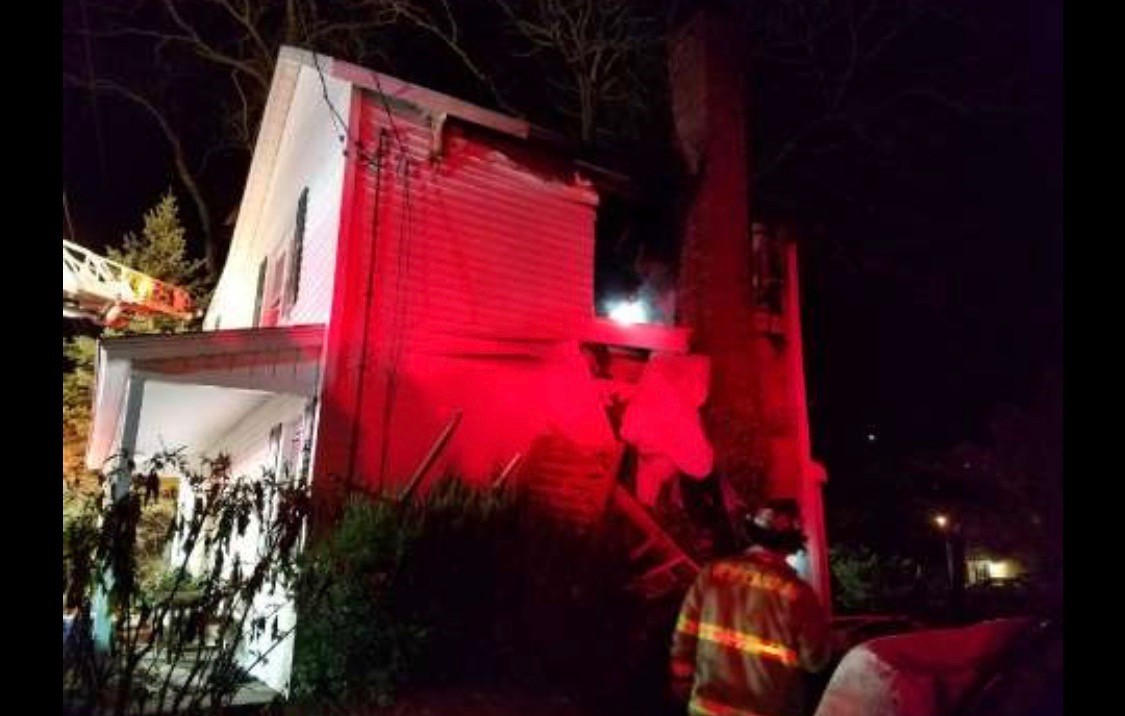 Fire at 57 Strawberry Hill Road on the night of Nov. 24, 2019. Photos published with permission from owner 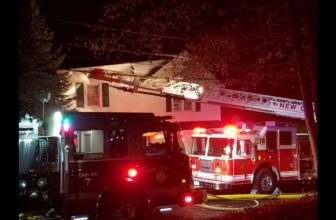 Fire at 57 Strawberry Hill Road on the night of Nov. 24, 2019. Photos published with permission from owner

New Canaan firefighters at 6:24 p.m. were dispatched to the home at 57 Strawberry Hill Road on a report of a blaze in its chimney, Fire Marshal Fred Baker said in a press release.

There, they found a fire burning in the walls around the chimney and into the attic, Baker said.

“The fire appears to have been caused by a breach in the chimney system, allowing hot embers to escape and ignite the structural members,” he said in the release.

The homeowners were home at the time and no one was injured, Baker said. They’ve made arrangements to stay with neighbors, he said.

A second alarm was sounded—bringing local EMS and police, as well as fire departments from Wilton, Norwalk, Stamford and Pound Ridge, N.Y.—and although the main body of the fire was brought under control in about 15 minutes, crews remained on scene until about 9 p.m. to ensure all hot spots were extinguished, according to Baker.