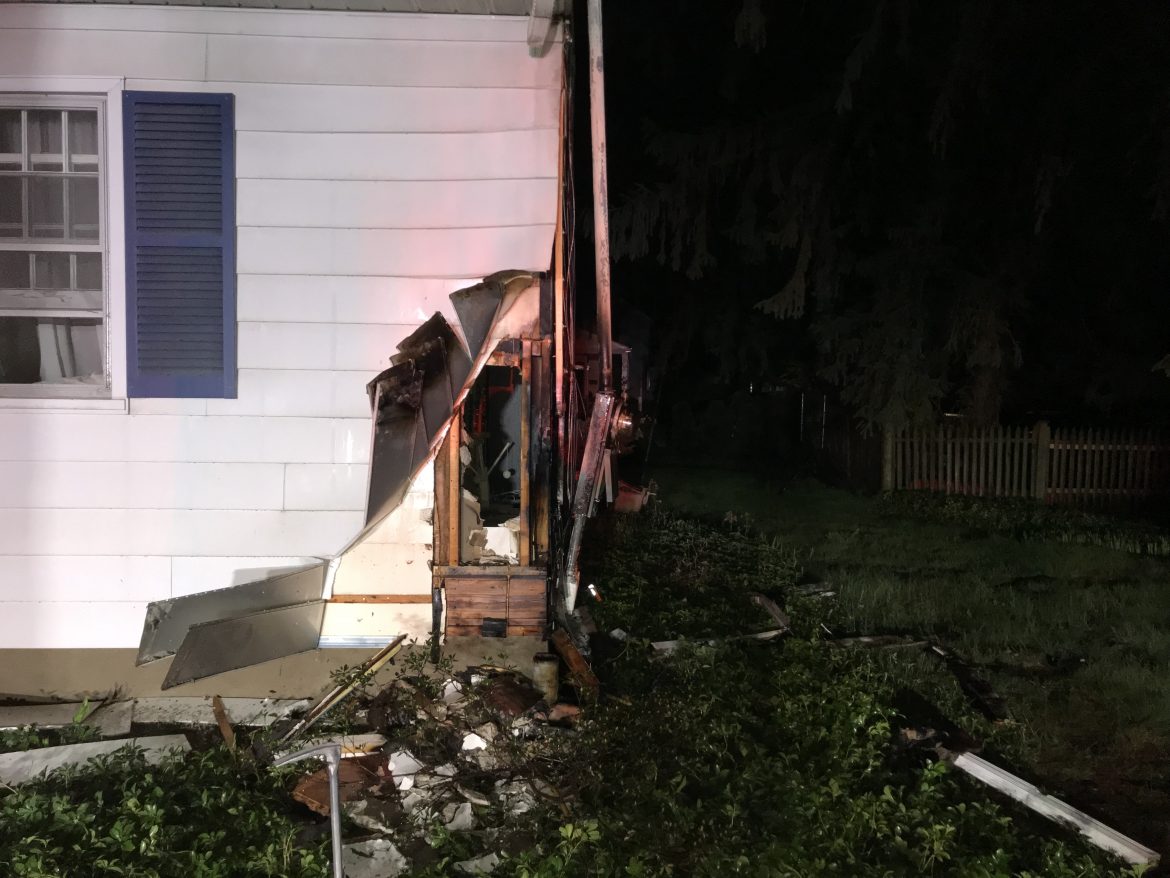 The duplex at 22 Old Stamford Road suffered a structure fire on April 27, 2019. Photo published with its owner's permission

Firefighters before dawn Saturday were dispatched to an Old Stamford Road duplex on a. Report of a structure fire, officials said.

At about 3:27 a.m., the New Canaan Fire Department received a report of the fire along Route 106 near the intersection with Park Place, and arriving units found that an electrical meter panel attached to the structure had started burning, according to Fire Marshal Fred Baker.

The fire at 22 Old Stamford Road was quickly extinguished and no one was injured, Baker said.

The sole occupant of the dwelling had been alerted by smoke detectors, he said.

Eversource was called to disconnect the panel at the pole, Baker said.

Firefighters at first summoned mutual aid from departments in Vista and Pound Ridge, N.Y., but they were returned to service when the fire was extinguished, according to Baker.

Tax records show that the 1964-built, 2,300-square-foot duplex has been in the same family for decades.