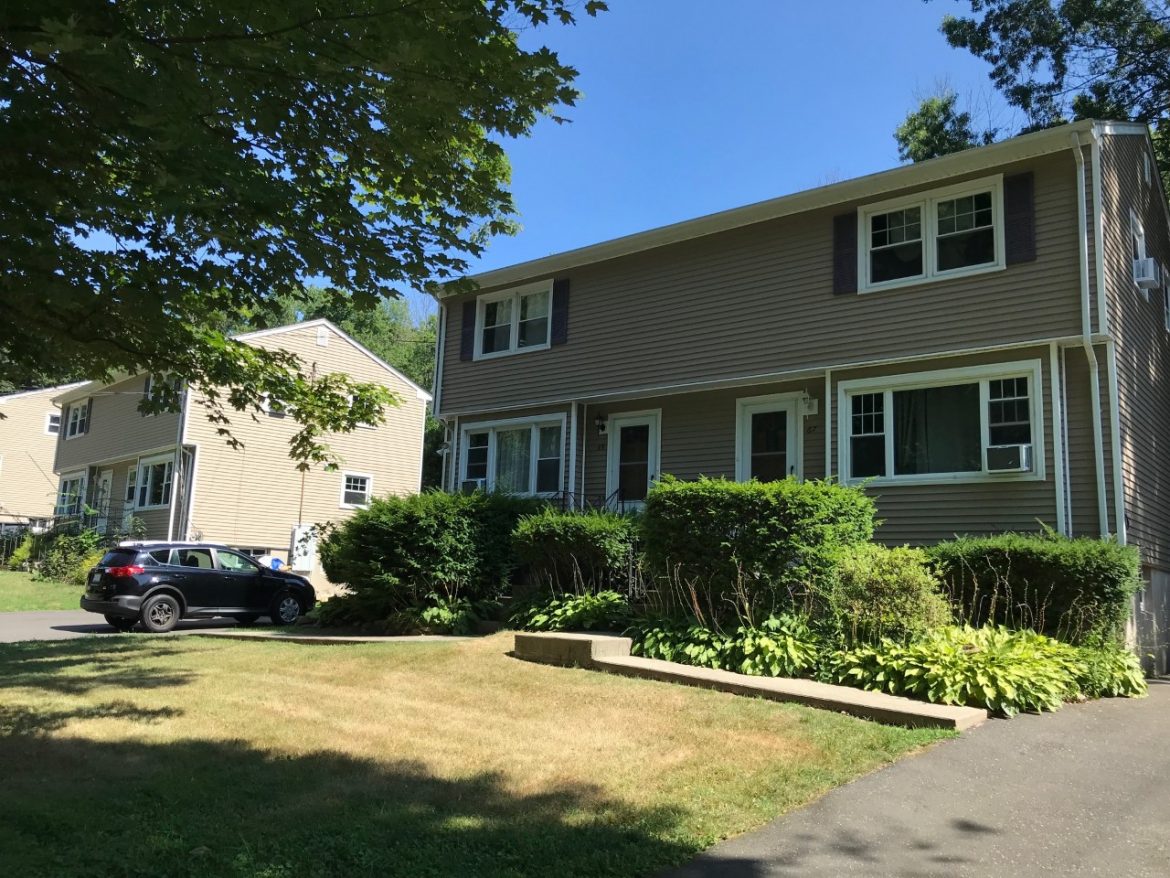 Number 67 River St. is the southernmost of five contiguous properties purchased for $4 million, according to a property transfer recorded Aug. 2, 2022 in the Town Clerk's office. Credit: Michael Dinan

A limited liability company has purchased five contiguous properties on the west side of River Street for $4,050,000, according to a property transfer recorded Aug. 2 in the Town Clerk’s office.

The purchaser is River Street Living LLC, according to the deed. The company is based in New York City, the deed said. According to Connecticut Secretary of the State records, the LLC’s managing principal is a Ridgefield man.

It wasn’t immediately clear what plans the new owner has for the properties—for example, whether an application will come into the Planning & Zoning Commission to consolidate the lots so that the homes there can be replaced by a more dense multi-family structure.

Running for about a half-mile parallel to Route 123 between Brushy Ridge and Strawberry Hill Roads, along the Fivemile River, with most of its houses—many of them multi-family dwellings—on the east side of the road, River Street has undergone changes in recent years. In 2018, town officials took up the question of how to calm traffic on the road. A new sidewalk was installed on the western side, with new street lamps, and on-street parking was disallowed due to the street’s narrowness (leading to some parking tickets).

Town officials are planning to improve pedestrian access from River Street to the downtown. Plans are underway to connect those on the northwest corner of the intersection at Brushy Ridge Road and Route 123 to the northeast corner of that intersection, leading to what will be a newly installed sidewalk that runs for a short distance along Locust Avenue before pedestrians re-cross Locust to an existing sidewalk that climbs the hill into town, according to Public Works Director Tiger Mann. The town is seeking to complete the project next spring or summer, he said.