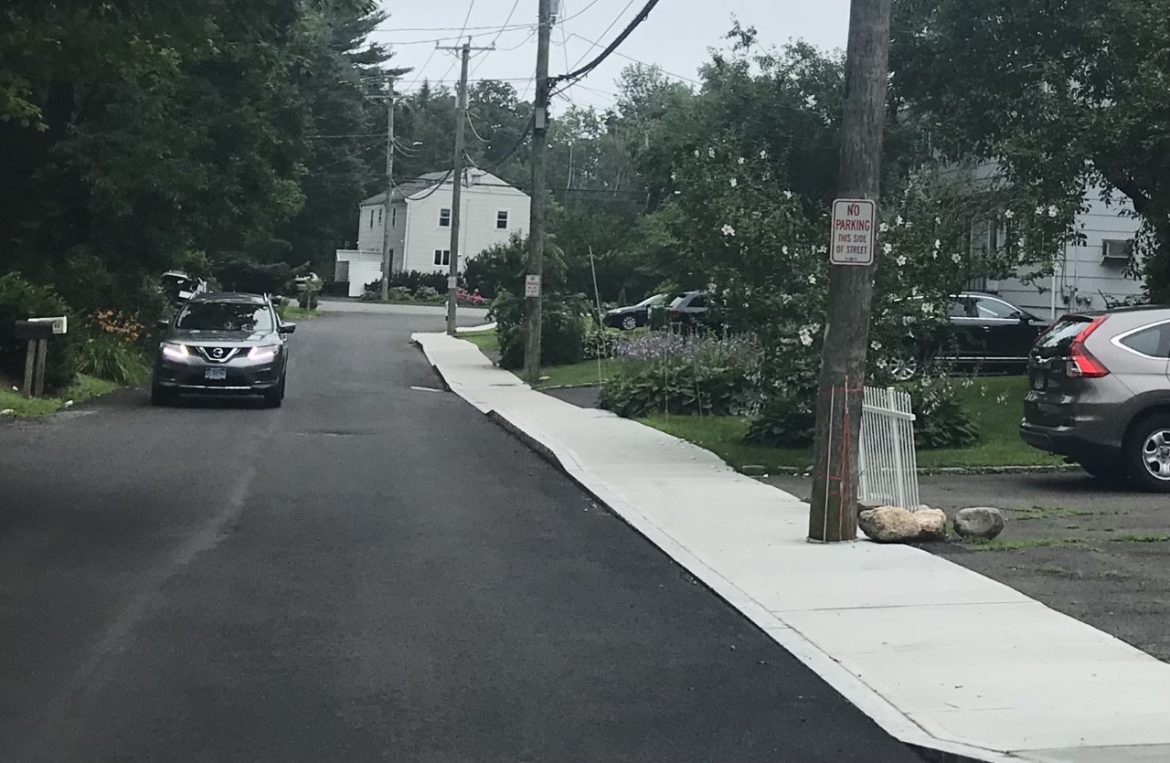 Despite neighbors’ complaints about traffic and safety problems caused by cars parked on what is already a narrow road, municipal officials last week voided a River Street man’s $30 ticket for leaving his car in a no-parking zone.

There have always been no-parking signs at either end of River Street on the west side of the road, according to Parking Manager Stacy Miltenberg.

However, the signs were far apart and residents mistakenly thought they could park in the middle section of River Street on the west side, she said. When the town installed sidewalks along that side of the street several months ago, public works officials put up temporary no-parking signs that became permanent once the sidewalks were in, she said.

The town for many months has received complaints from residents “that it’s been difficult for buses and two cars” to go down River Street with vehicles parked on the side of it, though enforcement has been difficult in the past, Miltenberg said during a regular meeting of the Parking Commission, held July 8 via videoconference.

“This has been going on for a very long time,” she said.

At about 10:59 a.m. on May 24 (a Monday), River Street resident John Mastoloni received a $30 ticket for parking on the street.

Even so, the Parking Commission voted 3-1 to void Mastoloni’s ticket.

According to Mastoloni, a River Street resident for 27 years, the temporary “no parking” signs were up during construction, but there was a gap where there were no signs at all advising motorists not to park on the street.

“We have always been able to park on the street and then recently there was a new sidewalk in place and that was the only time there was a no parking, and it was temporary, it was just paper signage and the day they put the signage up, I was already parked there,” he said. “That sign went up and then they ticketed me the next day. So I didn’t happen to move the car. I didn’t know it was a no-parking zone. It literally changed while the car was parked.”

Mastoloni added, “We were never informed, there was never a notice, nobody ever bothered to put anything in our mailbox.”

Richey said the town has a policy of voiding tickets issued after a change in parking rules.

“And maybe the town needs to go back and send a letter to everybody, but it was probably one of your neighbors who called and complained,” she continued. “So if there is a history down there and the officers were called down there because the cars were blocking—I don’t know, we will discuss it and decide.”

During deliberations, the Commission did decide to uphold a $30 ticket issued a neighborhood woman who had parked on River Street a full month after the permanent new “no parking” signs had been put in place. However, the installation of those signs was too recent to uphold the ticket issued to Mastoloni, according to the three commissioners who voted in favor of voiding.