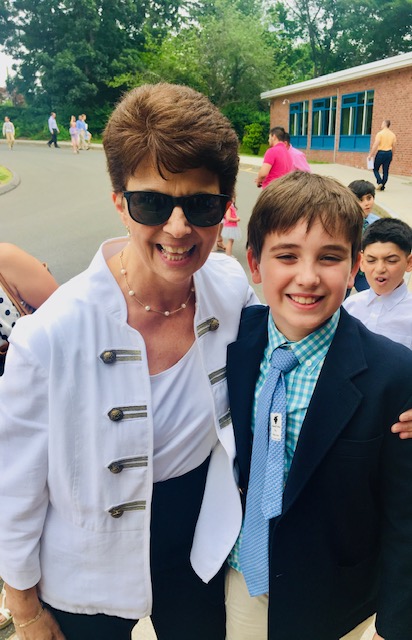 On Valentine’s Day, many hearts simultaneously broke throughout New Canaan with a single widely distributed email. 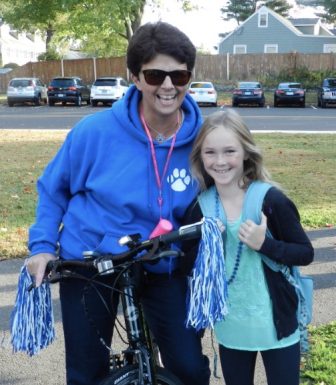 As some swooned over loved ones or batted eyelashes at a crush, the much adored and longstanding principal of South School, Joanne Rocco, announced her retirement in an email to parents.

It was an email that launched a thousand forwarded messages, and reduced many to tears.

I received numerous frantic messages about the breaking news—or shall I say, heartbreaking news. Though I no longer have students at South, I felt a mix of immense sorrow for those families who will not know Ms. Rocco and absolute triumph that my kids attended “her” school. My family had six blissful years reaping the rewards of Joanne’s hard work and tenure. The thought of her absence is a big blow to our community. 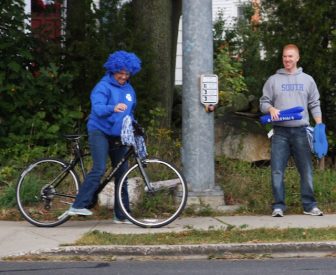 And to pile on the hurt, it seems that our schools are getting hit hard this winter. Our Board of Education is fighting an uphill battle with town bodies to fully fund its proposed budget while in Hartford, the state government is flexing its muscular overreach, introducing bills that call for school regionalization.

I have officially exceeded my threshold and cannot take any more unexpected news regarding our schools. There are only so many fights that I have left in me. And I am Sicilian.

During all this uncertainty, I realize Joanne Rocco is a genius in timing her departure—she is leaving at the very tippity-top. If Tom Brady were smart (and not a cyborg), he would take note. Ms. Rocco has a staff that adores her, a parent community that would rally around her at a moment’s notice, and colleagues who respect her beyond measure. With the state’s new direction, Joanne has surely enjoyed a ‘Golden Age’ of education in Connecticut, and she’s been a major player and influence.

Ms. Rocco’s ability to lead by example is what makes her a legend. Whether it’s dying her hair blue and riding a bicycle around the grounds for a school spirit day, or battling the elements during generally horrid weather conditions to help dismiss students, Joanne goes out of her way to engage. Always with a smile and a word of encouragement, she can rattle off the name of any student with instant recall—and with that small gesture, could make any little kid’s day extra special.

As a community and school leader, Joanne has achieved a masterful balance between a respected authority figure and an approachable maternal influence—which is no easy feat when dealing with uber-demanding parents, commanding the attention of raucous elementary students, or leading the Crisis Advisory Board.

Every South parent has a “Joanne Story.” She’s touched so many of us through the years. My son, Liam, developed a close bond with Ms. Rocco during a serious illness a couple of years ago. While he was hospitalized, Joanne phoned me regularly to receive updates on his condition and always provided an infectious dose of positivity. The day Liam returned to school after a full recovery, he headed straight into South School’s office and the principal’s corridor. Ms. Rocco popped out of her office and Liam ran into her outstretched arms, as he jokingly yelled, “Mama Rocco!”

It was quite the scene and one that I will always remember fondly.

It will take a special person to step in as the new principal at South School—perhaps someone who is not opposed to dying their hair blue and can ride a bicycle while commanding the utmost respect. I am certain that New Canaan’s Board of Ed will do a stellar job finding the next rising star to fill the void that will be left by Ms. Rocco.

While hearts will be heavy in June, we have few months left to enjoy working alongside a legend.

In the meantime, I think we need a Valentine’s Day do-over. I don’t like how this last one went.

7 thoughts on “Full Disclosure: The Email That Launched a Thousand Emails”