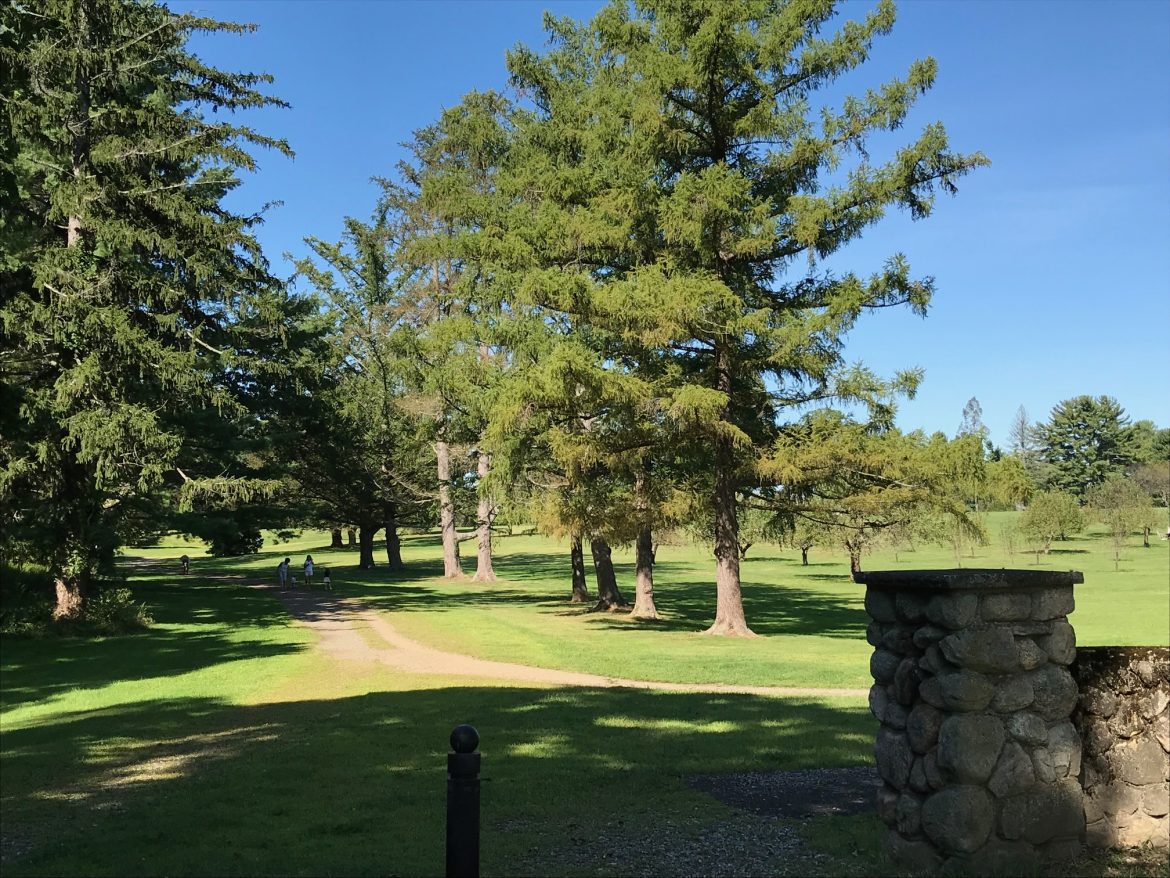 The footpath traversing the southeastern corner of Irwin Park is to get the same Flexi-Pave surface treatment as the rest of the Weed Street park, thanks to the New Canaan Garden Club's $80,000 of support. Credit: Michael Dinan

Town officials last week approved an approximately $80,000 contract with a Danbury-based company in order to complete a final section of pedestrian-friendly footpath surfacing at a popular Weed Street park.

The Board of Selectmen at its regular meeting Tuesday voted 3-0 in favor of the contract with Tri-State Flexi Pave, which is to surface the footpath that traverses the southeastern part of Irwin Park.

The funds will be paid by the New Canaan Garden Club, officials said.

“We were one of the first installations in this area and in the country, as well,” Public Works Director Tiger Mann said at the meeting, held in Town Hall. “The material has held up very, very well.”

He added, “It doesn’t seem to be falling apart, it’s not getting brittle, it’s not having any repair issues.”

First Selectman Kevin Moynihan and Selectmen Kit Devereaux and Nick Williams voted in favor of the $79,360.40 contract, which includes $5,000 in contingency funding.

New Canaan began installing Flexi Pave on the main trail that loops Irwin about a dozen years ago, and finished a second segment across its “great lawn” in 2015-15, according to Mann.

The final stretch will run from near Irwin House to what had been the southern driveway entrance and exit at the park, he said.

The project is to estimated to take between three to five weeks, Mann said.

The selectmen asked whether the Garden Club is providing the contingency funding in addition to the project funding (yes, they’ll hold it in escrow), what has been the total investment in Irwin Park since New Canaan bought it (about $400,000) and what is the useful life of the Flexi Pave material (about 20 years).

Moynihan asked what will happen eight years from now, when that 20 years expires. Mann said the town is looking at a top coat for the two-inch-thick surface, which has lost about one quarter-inch since its installation.

The selectmen praised the Garden Club for its generosity.