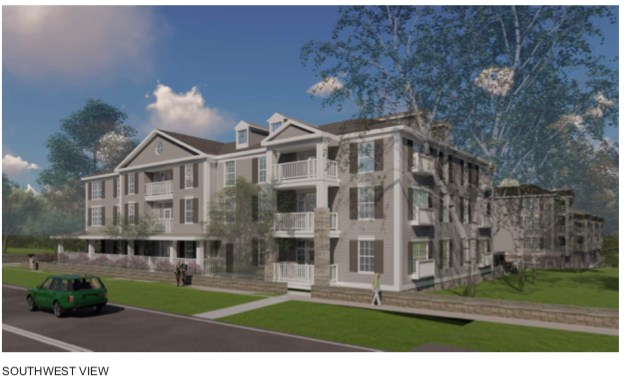 Though supportive of Waveny LifeCare Network and of expanding local housing options for seniors, a representative from one prominent Oenoke Ridge neighbor of a proposed housing complex said the organization is not yet ready to support the project. 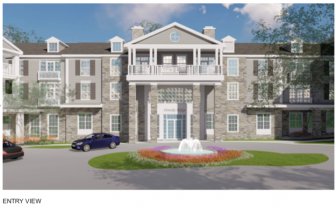 Though Waveny asked St. Mark’s Episcopal Church for a letter of support to include in its Aug. 28 application to the Planning & Zoning Commission, the church has “some significant concerns about the CCRC project and numerous unanswered questions,” Director of Operations Jill Sautkulis said in a letter to the town planner.

The letter, sent Aug. 22, is included in the public file for The Oenoke, a proposed 70-unit senior housing complex that would face Oenoke Ridge from part of a combined 3.5-acre parcel south of the May Fair field. 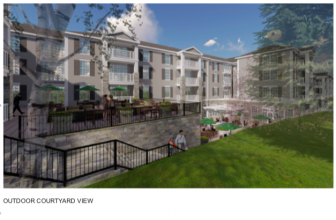 “We are actively pursuing discussions with Waveny, but we have a duty to our current and future parishioners to understand and appropriately address the impact of this very large and permanent addition to the border of our campus before an indication of support can be considered,” the St. Mark’s letter said.

P&Z received an informational presentation on the project in July and is expected to take up the application at its Sept. 24 meeting. 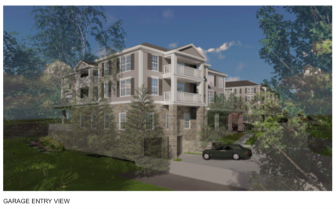 Plans call for demolition of an existing house and creation of a three-story complex with 28 one-bedroom and 42 two-bedroom units, ranging from 850 to 1,500 square feet and with a number of amenities, and an underground parking lot.

In applying for a Special Permit on behalf of Wavney, attorney David Rucci of New Canaan-based Lampert Toohey & Rucci LLC said in the application that The Oenoke seeks to fill a “housing void” that locals have been trying to address for nearly 20 years. 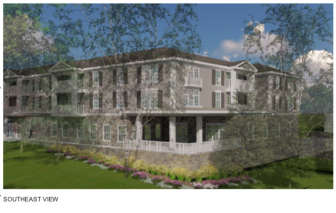 “The building proposed for the site has been designed by New Canaan’s own seniors with the assistance of Waveny’s president and CEO who has designed and developed several senior housing projects over his 30 plus year career, and a senior housing nationally recognized architectural firm in Lantz-Boggio,” the application said. “Every contingency has been considered and designed with them in mind, including but not limited to: sizing of each unit, kitchen design, bathroom design and placement, amenities, social and health programs and activity spaces, storage, security, etc.”

As part of the application, Rucci is proposing that an “overlay zone” be added to the New Canaan Zoning Regulations. (The project site, 65 and 73 Oenoke Ridge, sits in the .5-acre zone.) Here are some of the details of that proposed zone:

The last major overlay zone proposal came in three years ago when the Zoning Regulations were changed following the Merritt Village application.  P&Z doesn’t always approved proposed changes to the regulations—for example, two years ago, the Commission denied an application to redevelop the Roger Sherman Inn property that included a proposed text amendment. 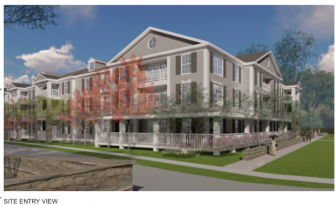 Waveny’s acquisition of the existing house at 65 Oenoke Ridge from its current owner, the New Canaan Historical Society, is dependent on the organization earning approval for The Oenoke, officials have said.

In an Aug. 9 letter to P&Z, Nancy Geary, executive director of the New Canaan Historical Society, and Lawrence Caldwell, president of its Board of Directors, said the organization supports the project and that the Board “unanimously agreed to sell Waveny the Society’s property at 65 Oenoke Ridge to allow this development to go forward”

“Not only does the Board believe it is in the best interest of New Canaan’s seniors to have a CCRC as a housing option, but it is in the best interest of the Society to have a CCRC as its neighbor,” their letter said. “These seniors can enjoy the Society’s array of programs, event and activities offered steps from their front door. They can engage in educational and volunteer opportunities, including several each year that are co-sponsored by the Society and Staying Put in New Canaan … Waveny’s proposed CCRC will not markedly change the character of this portion of Oenoke Ridge.”

Here is a site plan of the project: