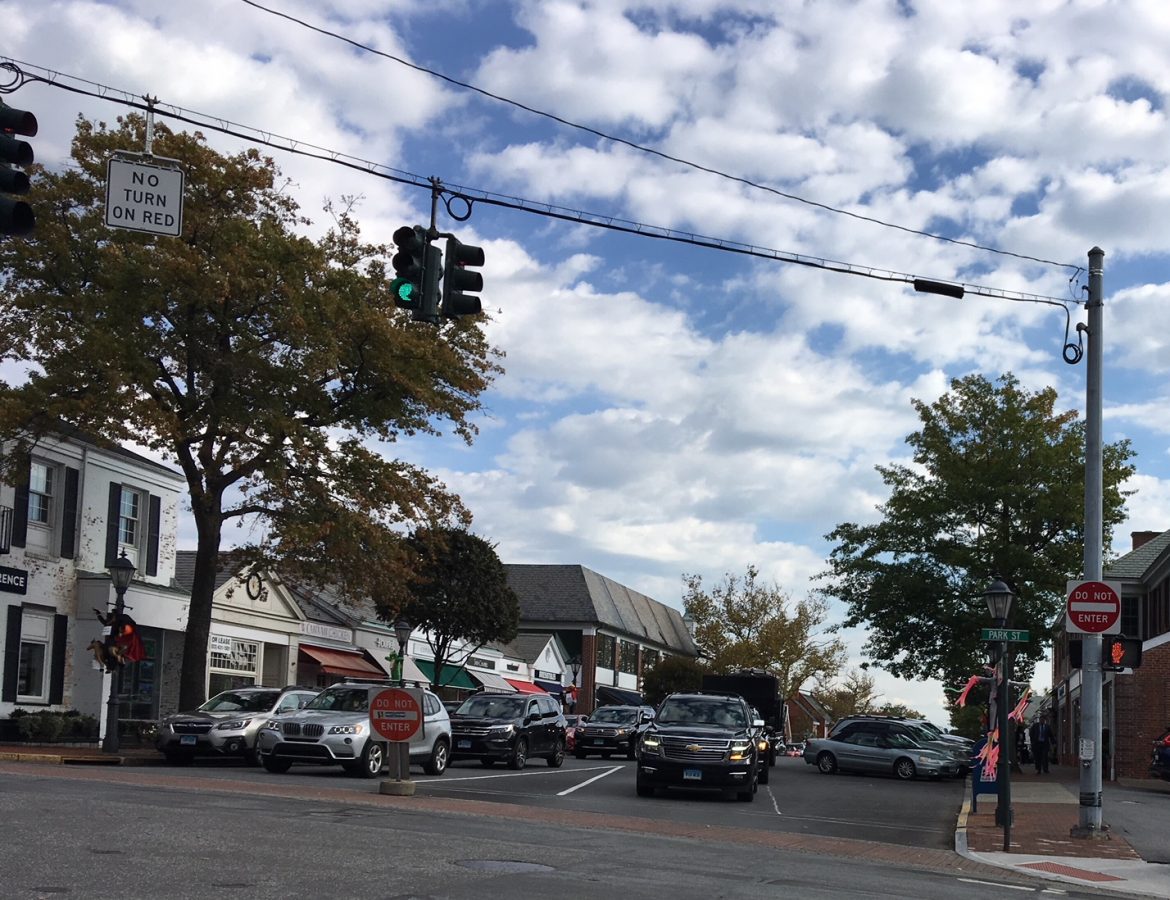 A consultant who’s been working with a prominent local organization will help advise a new committee focused on boosting tourism and economic development in New Canaan, the town’s highest elected official said this week.

An area resident who volunteers with the National Executive Service Corps and is “already up to speed on New Canaan” through work done recently with the Philip Johnson Glass House will advise the town’s Tourism and Economic Development Advisory Committee, or ‘TEDAC,’ First Selectman Kevin Moynihan said.

“We will agree to pay them $6,000, which in the consulting world is really peanuts, to work for the first year with the group to facilitate their meetings, so we can make it easier on the Committee to focus on what they are trying to establish,” Moynihan said during the Board of Selectmen’s regular meeting, held at Town Hall.

The Board voted 3-0 to form TEDAC as a 15-member Committee with members appointed for three years. Its mission is “to study and analyze New Canaan’s local economy and commercial and tourism businesses, and to advise and make recommendations and issue reports to the First Selectman, the Board of Selectman and other town officials, boards and commissions regarding measures the town or such bodies might undertake to promote and develop the local economy and the local business community, including tourism.”

Moyinhan and Selectmen Kit Devereaux and Nick Williams voted in favor of establishing the Committee. Its members are to be appointed at the Board’s Jan. 8 meeting, Moynihan said, and will include “representatives from all the obvious groups,” such as the Glass House, as well as restaurants, Realtors and commercial property owners.

Moynihan, who publicly proposed the Committee in October, said towns such as Ridgefield, Greenwich and Wilton have versions of TEDAC already and that Darien is working on a plan for one.

“We have reasons to encourage tourism to the town,” Moynihan said, adding that he would ask the group to “focus on how we can use Waveny Park more, to provide people some events and activities.”

“The slate is clean for this Committee to come up with ideas and think up recommendations,” he said, and that effort will “benefit from fresh eyes and new ideas from people focusing on the broader scope of economic development.”

Moynihan noted that the local Chamber of Commerce is focused primarily on its member businesses.

Chamber Executive Director Tucker Murphy, a guest at the meeting, said that the organization has “acted as a de facto economic development commission as much as we could,” though “we are very limited in our resources and personnel.”

“We are very happy to do it but we are thrilled at the prospect of this, just because the more heads on this the better,” Murphy told the Board. “We have these assets that Kevin mentioned that we absolutely have to leverage, that many of our neighboring towns do not have—a Grace Farms and a Glass House and Midcentury Moderns, that really seem to draw a lot of people here and I just think that it is time for this, and we are thrilled to partner and I think looking at the people that have stepped forward, we have an amazing array of expertise and talent.”