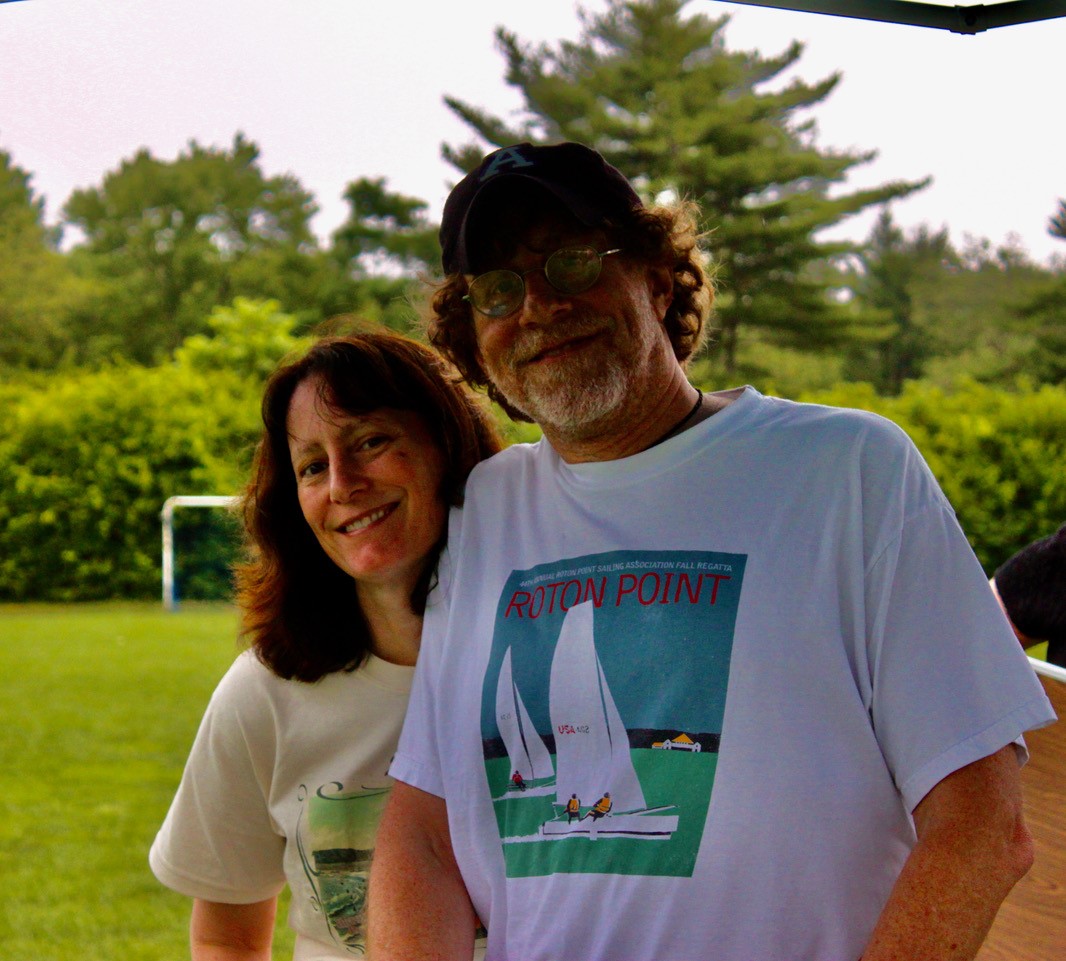 Among the many words that Whitney Williams uses to describe her friend, the late Cam Hutchins—humble, gifted, creative, solid, thoughtful, unpretentious, honest and diplomatic—is “mischievous.” 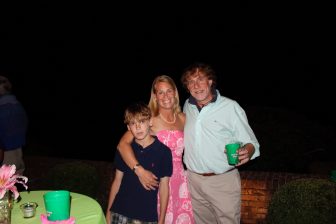 Once on a cold day during a boys soccer game, Hutchins snapped a picture of Williams as she sat bundled up in the stands in “one of those sleeping bag coats,” she recalled, with “a terrible hat on” and “screaming” with other parents while cheering on their sons, “just looking awful.”

“He took a picture of me, in particular, looking horrible,” Williams recalled with a laugh. “And every now and then, out of nowhere, this photo would just appear on my phone. He would just send it for no reason whatsoever. And I would just be like, ‘Oh my god.’ It was just his way of saying, ‘Hey, I’m just thinking about you.’ But he’s not going to send a nice picture. He’s going to send a horrible picture.” 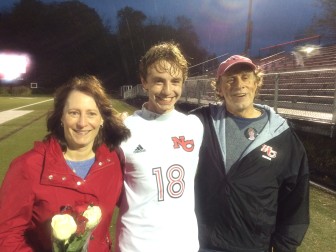 Earlier this month, as Williams went with friends and family to visit Hutchins in hospice and say goodbye, she recalled through tears, “I said to him, ‘Cam, still the absolute worst picture I’ve ever seen of me.’ ”

”And he said, ‘I had to take a thousand pictures of you before I got a bad one.’ And I thought: That’s just so Cam. He’s so kind and funny at the same time. And you just don’t meet a lot of people like that.”

Hutchins died July 9 following a courageous battle with cancer. He was 62. 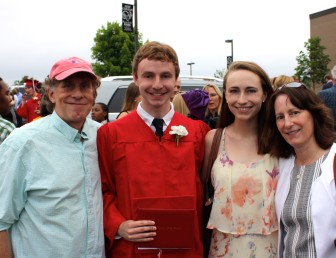 He is survived by his wife Julia Portale, children Emma Hutchins, Alex Hutchins and Lily Shive, sister Dani Hutchins and her husband, Dave, and many beloved in-laws, nieces and nephews. A celebration of Hutchins’s life will be held at 2 p.m. on Aug. 12 at The Congregational Church of New Canaan (live-streamed here for those unable to attend in person), with a reception to follow at Roton Point Club in Rowayton.

In the wake of his passing, friends remembered the 1977 New Canaan High School graduate as a devoted family man with enormous pride in his hometown and a dazzling knowledge of its history. Plainspoken, gentle, respectful and often sporting a trademark Amherst College or Horizons baseball cap, Hutchins also is remembered by friends for his deep involvement in the community and gift for taking firm positions on important town matters without ever belittling opposing points of view. 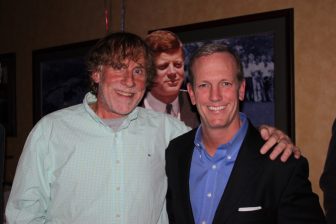 Former First Selectman Rob Mallozzi described Hutchins as a friend and “New Canaan guy through and through.”

“I am so thankful to have Cam, Julia and their entire family in my life,” Mallozzi said. “Cam absolutely loved this town and he took great pride in protecting New Canaan traditions.”

“As happens in any long-term friendship, Cam and I weren’t always on the same page,” Mallozzi continued. “I remember after putting Cam on the Conservation Commission, he took issue with me and the Town Hall Building Committee as we could not make the economics or energy savings work—at that time—to allow for solar panels on the roof of the new building. Cam expressed his disappointment passionately and articulately, but never made it personal or ever thought about using the current, fall-back position of disrupting the entire decision-making process on that single issue.” 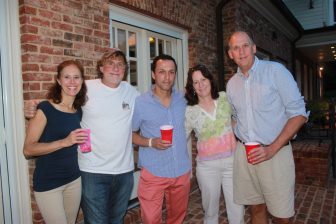 With respect to the renovated and expanded Town Hall, Hutchins “maintained his enthusiasm for the project and all of the other environmentally friendly initiatives my administration undertook despite that decision,” Mallozzi said.

As a member and chair of the New Canaan Conservation Commission, Hutchins left an indelible mark, according to Chris Schipper, who now leads the appointed body. 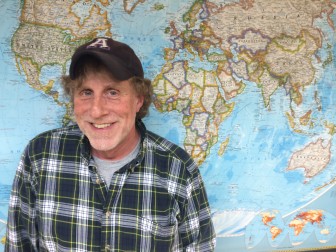 Schipper, who shares a birthday with Hutchins and met him through Portale when she served on the New Canaan Land Trust’s board, said that Hutchins was instrumental in testing and keeping pesticides and chemicals out of rivers and streams in New Canaan, including ponds. An outspoken critic of Aquarion’s plan to sell off an Indian Waters Drive parcel—a proposal that faced wide opposition and later was scuttled—Hutchins also was a leading voice in calling for New Canaan to be better prepared to acquire and protect open space when it became available. As such, he was a key figure in establishing New Canaan’s Land Acquisition Fund, Schipper said. 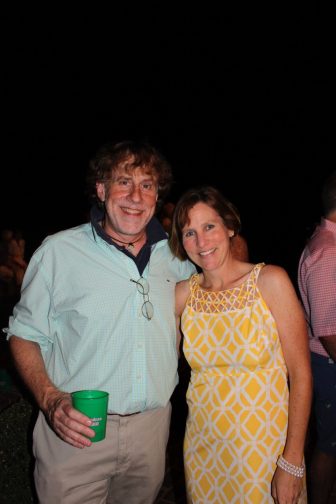 “I will miss him,” Schipper said.

New Canaan’s Terry Dinan, who has written most of the “0684-Old” local history features for this publication, called Hutchins “a walking New Canaan encyclopedia.”

“He knew everything about anything that had to do with this town, from Center School to Breslow’s,” Dinan said. “I always went to him if I needed anything clarified or confirmed about New Canaan history. Speaks to his thoughtful perception, intelligence and deep love of New Canaan. Just a kind, genuine, beautiful guy.” 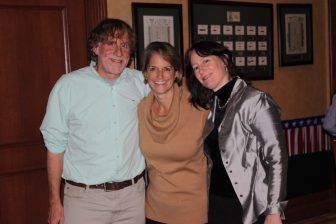 For Williams, Hutchins was a “master of words” both written and spoken, as evident in heartfelt tributes he posted for Portale on occasions such as anniversaries, and for his deceased parents on Fathers and Mothers Day. His unique ability to communicate not only changed her mind on specific town issues, such as a divisive proposal to develop a part of Waveny for senior housing, but also changed her as a person. 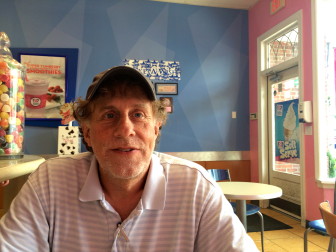 “He never made anyone feel bad about having an opposing view, he just always wanted you to see it from another perspective,” Williams said.

She added, “He made me see things differently. And I’m going to miss that about him a lot, because he was like a beacon for me in a lot of different ways.”

“He just was one of the greatest New Canaan people that I’ve ever known,” Williams said. “And I’ve known a lot.”

7 thoughts on “‘He Was Like a Beacon’: New Canaanites Remember the Late Cam Hutchins”