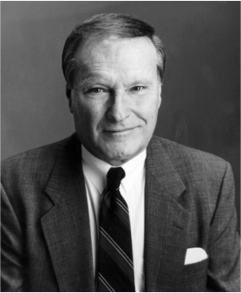 Herb was born and raised in Brooklyn, New York, and attended Brooklyn Tech High School.  He studied physics at Fordham University while working nights as a page at NBC, and, with his interest in media thus sparked, went on to do graduate work at Fordham in communication arts.  In 1993 he was elected to Fordham’s Board of Trustees, a position in which he served with great affection and pride.

Herb was best known for his career at ABC, leading ABC into the nascent cable and international arenas, and helped position the company as the industry leader in these fields.  During this time, he developed and served as Chairman of the Board of ESPN, A&E, The History Channel and Lifetime Television.  For over twenty years, he also managed ABC’s theater investments through the company’s partnership with the Shubert Organization.  Among the awards he was honored to receive were two Tony Awards along with six Tony nominations, an International Emmy Award for Lifetime Achievement in International TV, a U.S. Emmy for Lifetime Achievement in Sports Television, the IRTS Gold Medal and induction into the Broadcasting & Cable Hall of Fame.

Herb was also honored to serve in a number of other leadership positions, including trustee of the American Museum of the Moving Image, president of the International Council of the National Academy of Television Arts and Sciences, governor of the National Academy of Cable Programming, director of the International Radio and Television Society, and president of the Veterans’ Bedside Network. He served in the U.S. Army, assigned to Special Services as a writer/producer, and received an honorary doctorate from Trinity College.

His greatest joy, though, was his family, and he was happiest when surrounded by his large brood during their many rowdy, laughter-filled gatherings.  Herb is survived by his loving wife of 61 years, actress Ann Flood, and four children, Kevin Granath (Danielle), Brian Granath (Kathleen), Peter Granath (Elizabeth) and Karen Charlton (Michael).  He also leaves behind eleven adoring grandchildren, Nicole, Caroline, Will, Terence, Gavin, Farrell, Benjamin, Amanda, Leigh, Jane and Nolan.