Despite a yet-unresolved delay that’s cut down on practice hours, those making use of the newly laid turf fields in their inaugural spring at New Canaan High School are giving high marks for a facility that’s more weather-resistant, flexible and consistent with those of area towns. 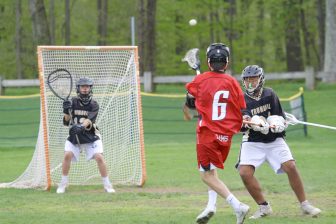 Though the lights at the new Water Tower turf fields are not yet powered due to recent storms, athletes, coaches and officials from the nonprofit organizations that run youth sports here say the fields—part of a an estimated $5.8 million project that also includes the new track at NCHS, a public-private partnership between the town and New Canaan Athletic Foundation—already are paying dividends.

“The new turf is great because there is more space to play when it rains,” fourth-grade lacrosse and soccer player Emma Barnard said. “That’s a good thing.” 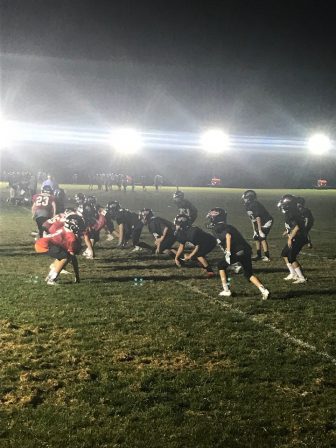 The track and fields project has been “a long time coming,” Recreation Director Steve Benko said.

“When we’re finished, we’ll have a spectacular facility. The new turf fields, the seven tennis courts, the reconfigured track, it’ll be phenomenal. It’ll be something the whole community can use.”

As recently as March, baseball, softball and soccer teams vied for limited field space because New Canaan’s grass fields were either covered in snow or too muddy to use, officials said. Last fall, when the turf fields were under construction, youth football was displaced from its grass practice field alongside the NCHS tennis courts, turning instead to unlined grass at Waveny—often in the dark until New Canaan Youth Football rented massive lights. 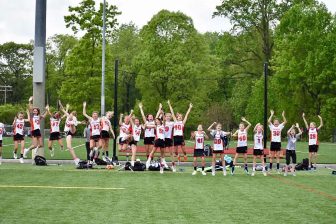 Though football season is technically a few months away, NCHS Head Football Coach Lou Marinelli said he’s ready for his boys to take to the turf.

“Obviously the spring sports have priority on the new fields right now,” he said. Marinelli added: “The old grass field here was uneven, it had no real lines on it. This is the first year that this field will be a real place to practice.”

As of now, without lights, spring teams cannot practice after 7:30 p.m. on the new turf. 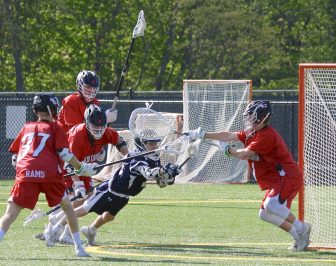 More than any other organization, New Canaan Youth Lacrosse has played on the new turf fields. For the next two weekends, the fields will play host to two girls lacrosse jamborees and the annual Cochran Classic, for boys in grades two to four. With more fields, more kids (about 80 total teams throughout the tournaments) can participate in the increasingly popular sport and officials say the wider lacrosse community is excited.

Katie Owsley, vice president of the NCLA Girls Program and one of the girls’ tournament organizers, said nearly the entire event can be hosted between Dunning Stadium and the new Water Tower Turf fields.

“Parking is convenient for parents, there are great concessions and facilities, and it will make for a more intimate and fun day of lacrosse,” she said. “It is always a rewarding day for the girls no matter what town they call home.”