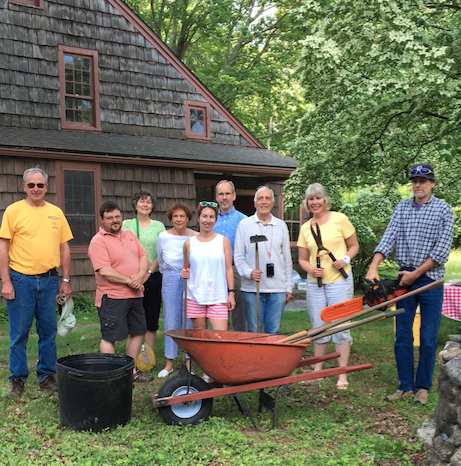 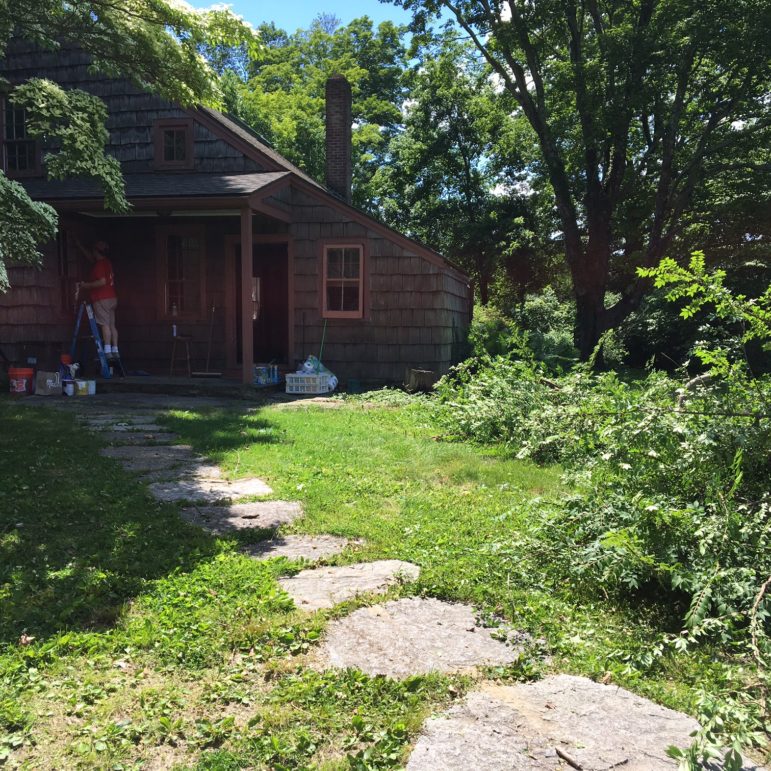 Path leading to the main door to the home.Credit: Sarah Maddox

This fireplace is a major staple to the historical home. Credit: Sarah Maddox

A main room on the bottom floor of the home. Credit: Sarah Maddox

Side of the Ferris Hill home. Credit: Sarah Maddox 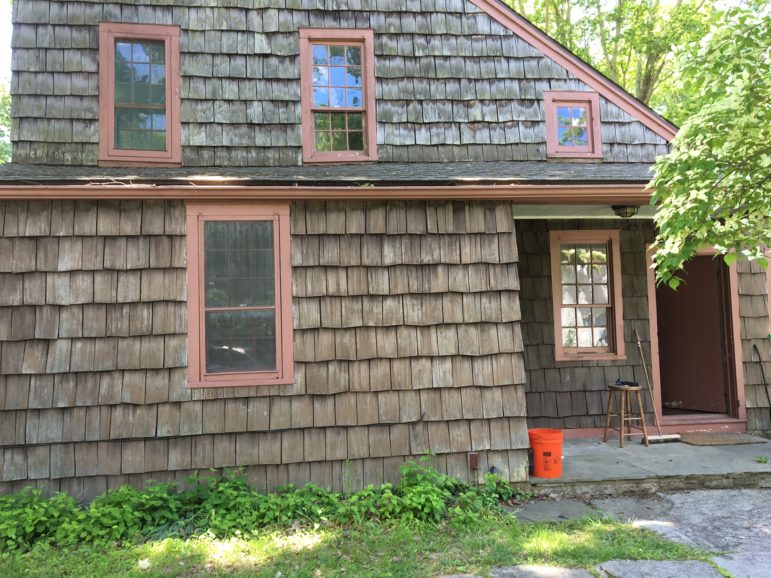 Side of the home closest to the driveway. Credit: Sarah Maddox

Now that the property has been safely transferred, volunteers spent several hours Tuesday afternoon cleaning up a historic farmhouse on Ferris Hill Road in order to make it rentable in the next couple of months.

Tom Nissley, who holds title to the property with his wife, Emily, said his long-term goal is to sell the 1735-built house at 8 Ferris Hill Road, though it could be “several years” before it’s ready to go on the market again.

“Somebody who loves history is going to have to buy the house,” Nissley said. “My theory is that everything sells. There is always a buyer for things, and there are a lot of people who are interested in history.”

That’s a major reason why the historic farmhouse still stands.

Its prior owner in March applied to demolish the property following years of frustrating ownership where he wasn’t able to develop the 2.14-acre parcel while preserving the existing structure. Nissley and a handful of others—including representatives from the New Canaan Preservation Alliance and the New Canaan Historical Society—quickly mobilized and devised a plan to acquire the property.

They had it listed on the State Register of Historic Places and Nissley on the day the house was slated for demolition, went to contract with its former owner.

The volunteers swept, wiped and scrubbed throughout the house—which has been vacant for several months—and the only major work needed involved repairing at least two windows that had been broken as a result of vandalism.

The historic aspect of the Ferris Hill home will be its biggest selling point, according to Nissley.

Though the original saltbox of the home remains, other parts of it represent later additions, according to Robinson, who owns one of New Canaan’s oldest homes and has overseen historically sensitive renovations to it. In fact, Robinson said, his Carter Street house could be used to inspire a future renovation at Ferris Hill.

“What makes it special is the absence of most of these [types of houses] now,” he said. “It makes it all the more worth preserving if you want to have any sense of how people lived back in the day.”

The Ferris Hill property was a small area of land that was owned by the sons and nephews of Joseph Hoyt, according to a history written in 1947. The Hoyt family helped begin Canaan Parish, which was the first church in the area that allowed people to avoid the long commute from Norwalk or Stamford to attend services.  Later owners of the Ferris Hill property played large roles in the development of New Canaan as we know it.

4 thoughts on “Historic Ferris Hill Home To Be Rented, Back on Market in ‘Several Years’”