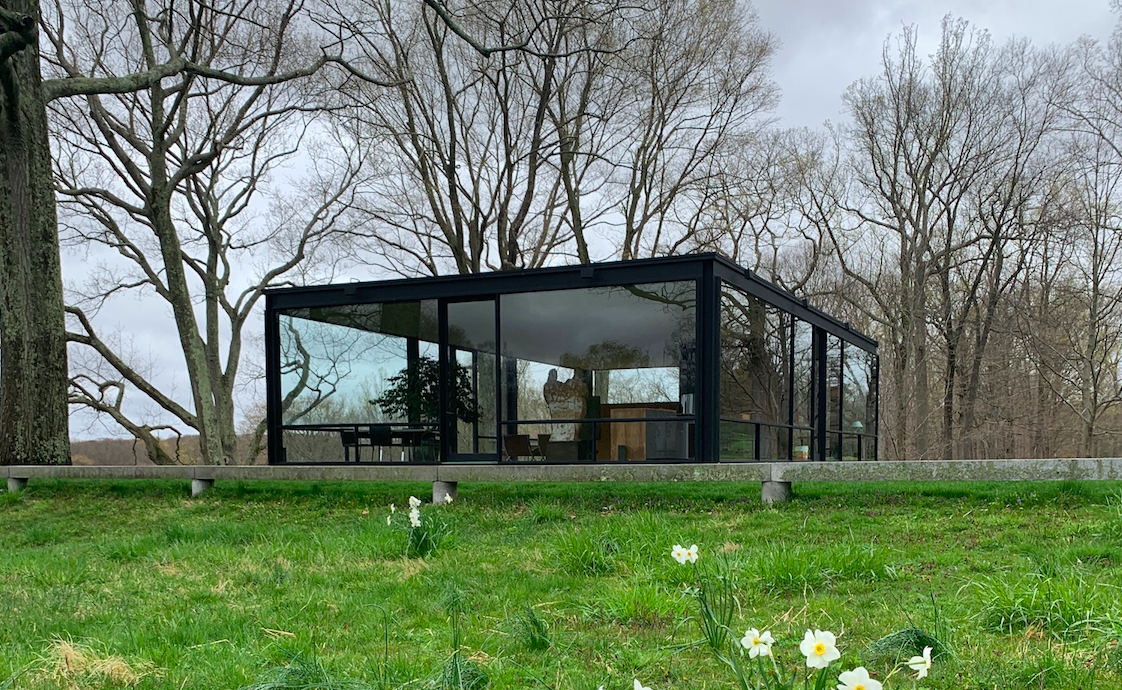 While they must continue to operate under public health-related restrictions that have impacted revenue, officials with an internationally renowned National Trust for Historic Preservation site on Ponus Ridge say they’re looking forward to reopening for the season next month.

The Glass House in a normal season draws about 15,000 visitors, according to Executive Director Greg Sages. The figure declined to 5,500 visitors in 2020, and at a reduced per-person revenue, he said.

“People were not coming to the Visitors Center in the numbers they had previously, so the Design Store was impacted, too,” Sages said. “It’s doing well but it has been impacted by access to throughput.”

Now, following a unanimous vote by the Planning & Zoning Commission at its Feb. 23 meeting, The Glass House is preparing to open April 16 with tickets made available online through June 30. P&Z has made special allowances for on-site parking for ticket-holders, since the organization’s regular shuttle system is not viable given six-foot social distancing.

“I am optimistic,” Sages said. “I think we know how to deliver a good product in the current environment. We will be doing tours five days per week, Thursdays through Mondays. Last year, we were open one day less, so we will have more capacity in terms of the number of days we’re open and the number of cars we are allowed to park on site, though it still pales by comparison to the normal admission revenue we would generate in a non-COVID environment.”

Granted by P&Z, The Glass House’s mid-April opening is earlier than usual (May 1) and the organization also has been allowed to remain open through Dec. 15, compared to its normal final day of Nov. 15.

Gov. Ned Lamont said this month that on March 19, businesses that include museums will no longer need to operate under capacity limits. Yet “face coverings, social distancing, and other cleaning and disinfecting protocols will continue to be required,” according to Lamont’s office.

P&Z took that into consideration in making its decision last month to continue waiving parts of The Glass House’s operating permit. Commissioner John Kriz said he pictured the “proposed use of the site for on-site parking for visitors having minimal negative effect.”

P&Z Chair John Goodwin said, “The Glass House is continued to do a very good job of general compliance as well as complying to the COVID restrictions, as well.”

Though this past year has been “very difficult financially” for The Glass House, Sages said, the organizing has “managed to cut a lot of discretionary spending and retain the team, such that when circumstances allow us, we will be able to start up full speed.”

The Glass House “will have several interventions at site this year that we did not have last year” he said. They include “A Colored Garden” by David Hartt. Sages said it was “a plantings arrangement that will change during the course of the season” that the organization is “thrilled to be able to present.” The Glass House also will hang fabrics inside the house itself will replicate those created by Anni Albers and that will be visible to site visitors now and will also be featured “once we do in-building visits, probably later in the year.”

“So we are pretty happy to be a part of what people can do,” Sages said.

The Glass House also is featuring a fun scavenger hunt for kids to do on site to get to know the property (tickets are $20).