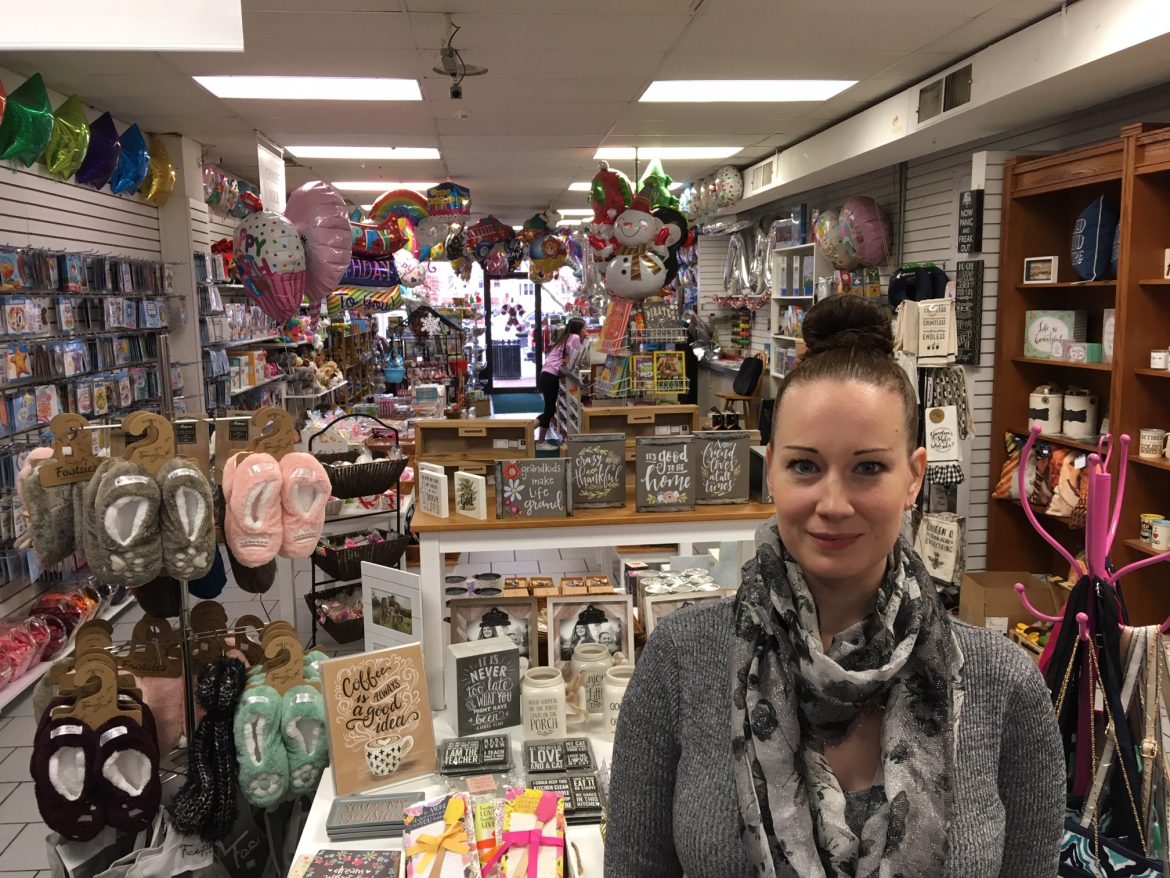 Heather Washington had no idea what to expect on the spring day she walked into Mackenzie’s for the first time. 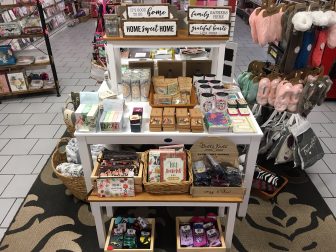 Mom to a toddler and a newborn, she and her husband had instructed their commercial real estate broker to find a laundromat, not a candy, party goods and specialty gift shop. Her husband, Sieh Washington, after serving in the U.S. Marines went to work in corporate America for several years when the Middletown couple decided to try opening their own business, “and laundromats are known as good business opportunities,” Heather Washington recalled on a recent afternoon.

And in fact, they did buy a laundry business—in Manchester, about 30 minutes from home—at which time the Washingtons phoned their broker to say “we were no longer interested in buying laundromat,” she recalled. 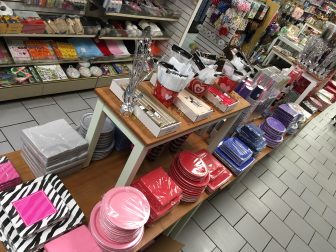 “And he [the broker] was like, I have another opportunity for you,” she said.

It was Mackenzie’s, which Phyllis Weinstein and Jim Berry were looking to sell.

On entering the South Avenue mainstay for the first time, something clicked for Washington, a Scotland native who grew up in the United Kingdom and had worked in retail for years at London’s Harvey Nichols, a luxury department store, and also managed a sports and spa shop in the Royal Automobile Club.

“I had no clue what the store really was like,” she recalled. “We were told mainly it was a candy store and things like that, so I had no idea what I was walking into. And when I walked in, I thought it was a charming shop and then I started seeing a vision of what I could do with the store. So I learned about the shop. That it’s a staple in town. It’s been here for years. It’s big with the children. And as I walked around town, I also saw that there is a need for store like this in town. And I liked the concept that it offers so many different things. So it’s not just a candy store, it’s a party store, a gift store, greeting cards, office supplies, it offers so much.”

The Washingtons bought Mackenzie’s and took over Aug. 4. 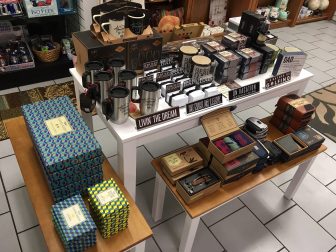 Her vision specifically involved re-organizing and “opening up” the store in terms of its floor plan, as well as introducing even more different types of goods while preserving what New Canaanites long have come to rely on Mackenzie’s for.

The re-organization involved working until 4 a.m., breaking down display units and constructing new shelving and tables “to make it an easier shopping experience for customers,” she said. 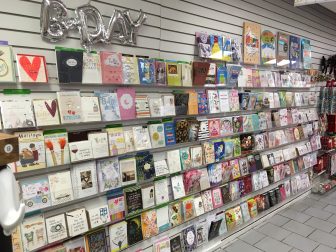 The greeting cards at Mackenzie’s have been moved from a center rack to wall displays. Credit: Michael Dinan

Washington also brought in new gift items while swapping out some candy options. Those new offerings include trinket items, novelty and educational toys, gifts for all ages and an entirely new men’s section with beer glasses, toolsets, socks, wallets and watches.

It’s been a lot of work for the young parents, who are “handing off right now,” Washington said.

“So my husband is working in the mornings, and then in the afternoons I am here between 2 and 7 [p.m.],” she said.

Asked how all of the major changes are going, Washington said she and her husband “adapt pretty easily,” having met in Pittsburgh and moved in the 10 years they’ve been together, to New Jersey and Connecticut (twice).

“We are excited to be here,” she said. “I love the community. I am just getting to know the people. It’s beautiful town. Very charming, very picturesque. I am just excited to be able to be here and continue to provide a service.”

Even with the changes she’s bringing, Washington said she’s conscious of the Mackenzie’s legacy and mindful that “it’s important for us to not make too many big changes.”

“I think that because we did such a major reorganizing of the store, that people were maybe wondering which direction we were going in and if Mackenzie’s was still going to be the same or if it was changing,” she said. “So we do want to let people know that it still offers everything that it did before in terms of the candy, the balloons, the party goods, the office and school supplies and greeting cards. We are just trying to make it better and make it an easier shopping experience.”

4 thoughts on “‘I Love the Community’: Meet Heather Washington, the New Owner of Mackenzie’s”