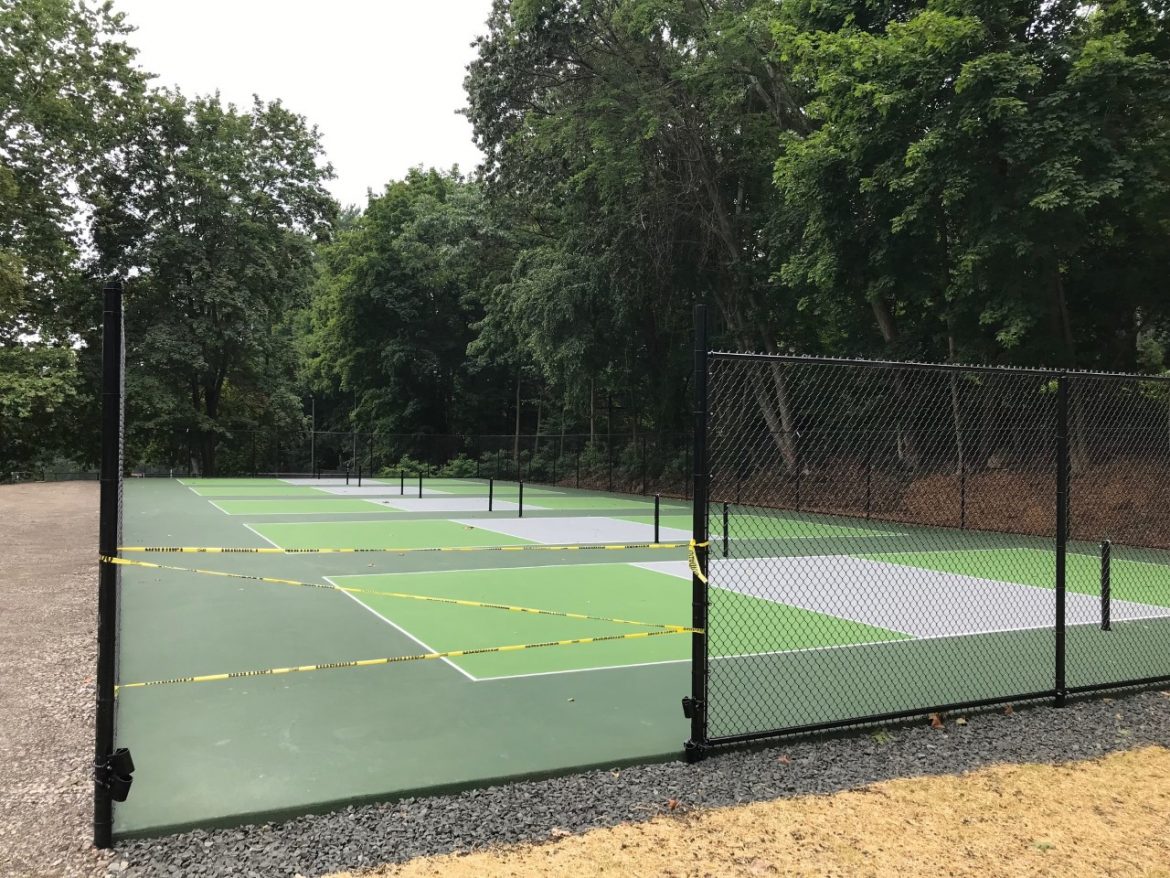 The widely anticipated pickleball courts at Mead Park are nearing completion and a new patio is planned for an area next to them, officials say.

The courts have been painted and fencing has been installed, Public Works Director Tiger Mann told members of the Parks & Recreation Commission during their regular meeting, held July 14 via videoconference.

Gates into and between the courts still need to be installed, as does a practice tennis wall at the southern end of the new courts, officials said. Located on the western end of Mead, above the pond and colonnade, the area around the courts also will get landscaping, an expanded parking lot and a patio, Mann said.

“It’s shaping up really nicely,” he told Parks & Rec during an update. “I think it looks beautiful.”

Asked by Commissioner Francesca Segalas when the pickleball courts would open, Mann said the date is “approaching rapidly.” Residents may be allowed to reserve the courts and play pickleball even before the tennis backwall is installed, he said. Town officials have yet to determine which material will be best for that practice wall in terms of ensuring that it doesn’t cause noise problems for neighbors, Mann said.

According to Recreation Director Steve Benko, the town’s online reservation system for tennis already is set up to start taking pickleball reservations. (More information is available here on the town website.)

The courts will be available for New Canaan residents and their guests. Those who have a current Mead Park tennis permit or username and password to reserve the tennis courts at New Canaan High School will be able to make the reservations for pickleball at Mead, Benko said. Residents who do not have a permit or login information will be able to create an account and get onto the reservation system within one day, he said. The system likely will serve four of the pickleball courts to start, so that there’s no conflict with tennis players seeking to use the practice wall, Benko said.

He called the new courts “a great addition to the park.”

Commissioner Carl Mason asked about plans for finishing the patio area that will be located along the western side of the new courts.

Mann said the patio would be finished in either bluestone (preferable) or tumbled stone, depending on cost.

One thought on “‘It Looks Beautiful’: New Pickleball Courts at Mead Park Near Completion ”