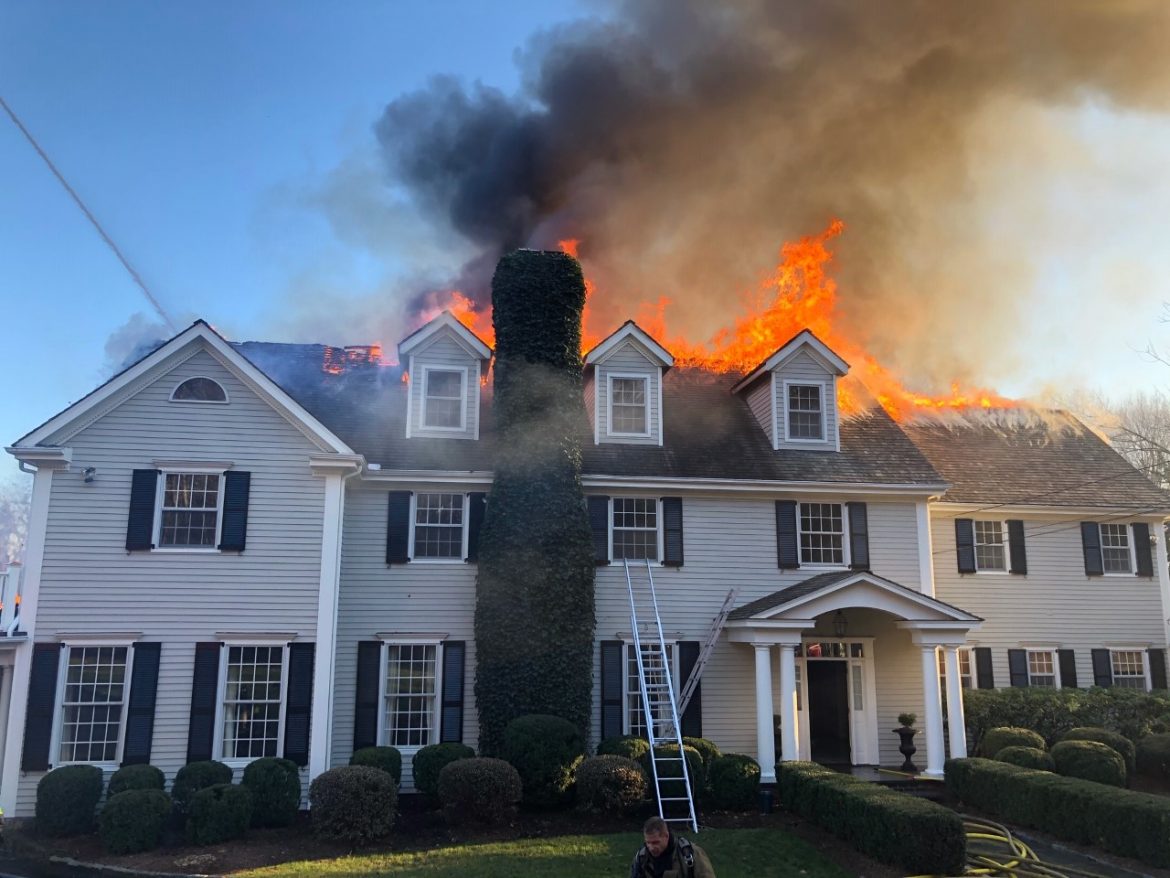 In the wake of recent fires in New Canaan, including one that will result in the total loss of a home, a longtime resident and local business owner is calling on the town to do more to help firefighters do their jobs.

The town in this upcoming budget season should increase the recurring $10,000 set aside annually for installing and repairing “dry hydrants” that tap water supplies such as ponds, pools and streams in areas without water mains or regular fire hydrants, according to Tim Brown.

Citing recent house fires including one on Dan’s Highway that rendered a home uninhabitable, Brown told members of the Board of Selectmen at their meeting Tuesday that the town “must do more on their own” help firefighters.

“It’s great to have brick sidewalks and nice clocks—I am fully supportive of that—but I think we have to look at some of the outlying areas in the town to do a better job to support taxpayers,” Brown, owner of BTS Insurance, said at the meeting, held in Town Hall. “I don’t think we do enough.”

He added, “I just think the town needs to address this thing seriously with the effort to give back to the townspeople what they deserve. I don’t think there’s an awareness that they could be doing this.”

Brown spoke during a public comment period at the meeting, which also was attended by Fire Chief Jack Hennessy and Fire Marshal Fred Baker.

Brown said he himself has contributed toward the town’s installation of five to seven dry hydrants in New Canaan in recent years. Costs range from about $2,000 for those that tap the base of pools all the way to $30,000 for larger cisterns. A new dry hydrant was installed this year at Ponus Ridge near Greenley Road.

Asked for information by Selectman Nick Williams, Baker said New Canaan now has 28 dry hydrants and nine cisterns throughout town, and that fire officials approach private property owners about tapping ponds and pools when the opportunity arises—sometimes those owners say no, and other times they are accommodating, such as the Country Club of New Canaan with its recently redone pool.

“We always need permission to be able to do it,” Baker said.

Ideally, Baker said, New Canaan would have one water source ever 2,000 feet between houses, though insurance generally only recognizes and credits policy-holders when homes are within 1,000 feet of a reliable water supply. Insurers also generally will credit policy-holders who use cisterns that hold at least 10,000 gallons, he said.

Officials say they have not been able to determine the cause of the Nov. 16 Dan’s Highway fire. There are no hydrants in the area, and about 4,700 feet of supply hose also was needed to fight the fire, officials said.

Williams said he visited the site of the Dan’s Highway fire, and called the need for more dry hydrants an “important issue in town.”

“Thank you for doing this and taking the time,” he told Brown.

According to Brown, other towns such as Greenwich have tapped state money to fund dry hydrant installation programs.

“I just think that we have to—not do a ‘better’ job—but we have to start doing a job to give these guys a better chance to mitigate,” Brown said. “It’s a lifesaving issue and it’s obvious what the reasons are.”