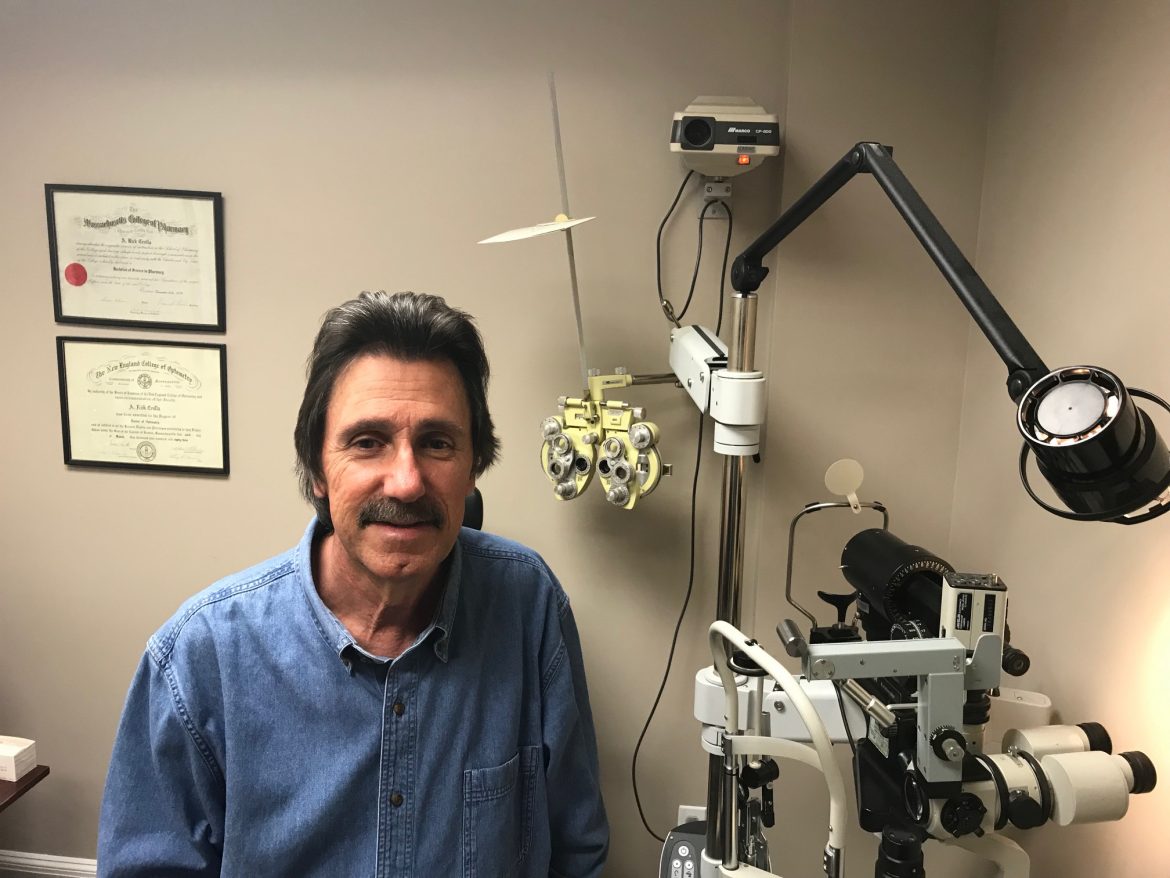 Dr. Rick Crolla’s foray into optometry began unexpectedly during a summer trip in the late-1970s to his in-laws’ cottage in Charleston, R.I.

He and his new bride—1971 New Canaan High School graduate Barbara Sawicky—were living in Boston at the time. They’d both earned bachelor’s degrees from Central Connecticut State University—she in early childhood and special education, he a secondary education degree in biology and chemistry.

“The plan was we were both going to teach,” Crolla recalled on a recent morning. “But there were no jobs available when we graduated.”

So Crolla, thinking he’d need additional income to supplement his future pay as a teacher, spent three years earning a second bachelor’s degree, in pharmacy. Yet working as a pharmacist didn’t satisfy Crolla, who during one stint in Quincy, Mass. was held up by a man who pulled a sawed-off shotgun out of a Lord & Taylor bag.

His father-in-law—Dr. Edward Sawicky, who had launched New Canaan Eye Associates on Elm Street in 1948—turned to him over cocktails at the cottage and asked whether he’d consider going back to school for optometry.

“It came out of nowhere,” Crolla recalled.

Yet Crolla spent the next four years earning his doctorate at the New England College of Optometry on Beacon Street in Boston, and the Crollas soon moved back to New Canaan, where he would take over at his father-in-law’s practice.

In the decades since, the family has become deeply involved in the community, with Barbara Crolla running the well-regarded Day Care Center of New Canaan and Dr. Rick Crolla, a former Lions Club president and 20-year member of the Kiwanis Club of New Canaan, touching countless families in a single-doctor practice that’s put eyeglasses on thousands of local kids.

Asked what’s sustained him for so long, Crolla pointed to the town of New Canaan itself. 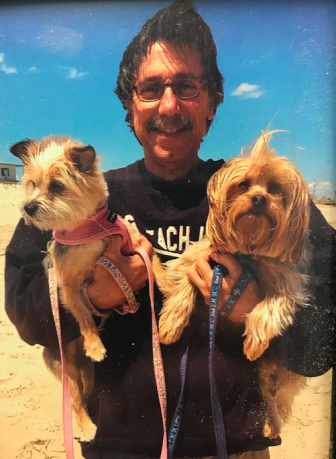 “It is a great place to live and work,” Crolla said from his office on East Avenue in the old Best Würst building. “Both Barb and I. She has got a day care center. Our daughter lives here, she has her own business in Norwalk. As goofy as this town can be—and a lot of times, we think it’s goofy—you can’t beat this. I mean, I grew up in Norwalk. It’s very, very different. If you look at the surrounding towns like Norwalk and Stamford, it’s neighborhoods. They’re big. This is one neighborhood. You have the center of town and everyone basically knows everybody else. You have everybody from the three schools go into Saxe. One school, one high school. So everyone pretty much knows everybody. You go into Walter Stewart’s, especially my wife and I, we say ‘Hi’ to probably 75% of the people.”

Many of them, like town resident and 1990 NCHS grad Michelle Salmini, grew up with Crolla as their parents’ optometrist and their own, and now have their own children seeing him.

“I am a client and my daughter and my mother was, my sisters were,” Salmini told NewCanaanite.com.

“I love him,” she said of Crolla. “He is one of favorite guys in town, I love him to pieces. He does the eye exam and he’s like family. We just sit and chat for god knows how long. He is a great eye doctor.”

The practice specializes in eye exams and diagnosing and treating problems ranging from glaucoma, dry eye, allergies and iritis, to co-managing laser eye surgery and diagnosing abnormalities such as lazy eye in children.

New Canaan Eye Associates is a longtime member of the local Chamber of Commerce, whose executive director, Tucker Murphy, said local families have always gone to Crolla when their kids need eyewear “because he is not only a good optician, but he also knew every kid, their name, their kids all played together on sports teams.”

If his father-in-law’s casual suggestion that long-ago summer was the chance occurrence that turned Crolla to optometry, his fateful introduction to Barbara Sawicky set the table.

Crolla was a sophomore at Brien McMahon High School when the two met at a NCHS dance through a shared acquaintance.

“Her parents were good friends with my best friend’s parents,” Crolla recalled. “And he said, ‘Do you want to go see this band at New Canaan high?’ And we showed up and there we are.”

Barbara would transfer to Central Connecticut from her first university in Vermont in order to pursue her dual bachelor’s degree, the pair moved in together during their third year of college and were married in 1976.

Asked how he feels about reaching the 35-year milestone, Crolla said, “Still not done yet.”

“I have no plans on retiring,” he said. “I love what I do. My wife loves what she does. We both wake up in the morning. We kiss, she goes into her car, I go into my car, come here. We both get home at 5:30 and have a cocktail. It’s the same old, same old. We have a pool in the back. I watch her do laps.”

Crolla also returns to his Main Street home at lunchtime to walk the family’s two 8-year-olds, Morgan (a Yorkshire terrier) and Macie (a Yorkshire-and-Maltese or “Morkie”).

Asked what he sees for the future of New Canaan Eye Associates long-term, Crolla said, “Someone to come in and take over and continue a small-town, one -doctor practice, which are dinosaurs these days.”

“But I don’t think they are,” he said. “I have a lot of friends that are feeling the push from big chains coming in. But we’re here to stay.”