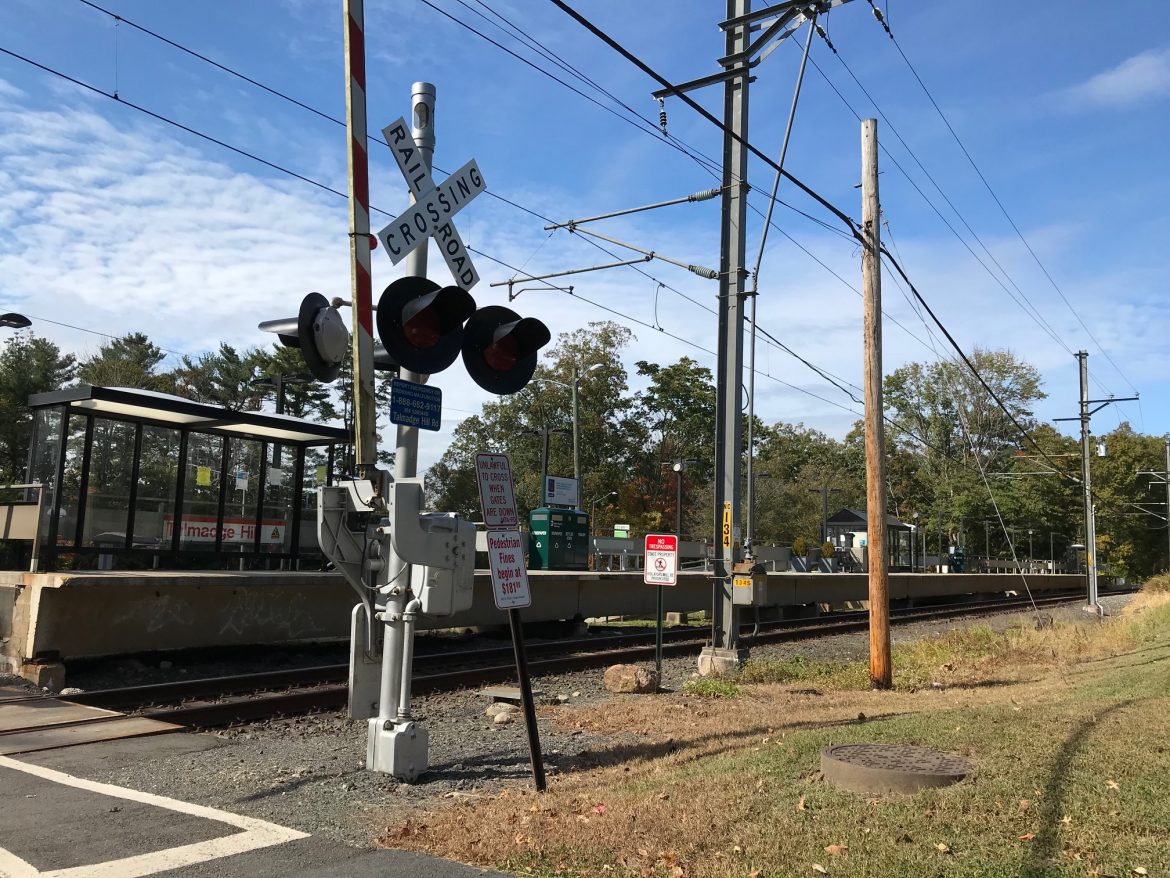 It had been thought in the past that the parking fund, which now stands at about $280,000, could only pay for paving, but in fact it can be used for other improvements at the state-owned station property, according to Parking Commissioner Chris Hering.

Commuters themselves have said their number-one complaint isn’t poor paving “but actually coverage at the Talmadge Hill station,” according to Hering.

“That there is no canopy at the Talmadge Hill station and they’re standing out in the rain isn’t enjoyable,” Hering said during the Commission’s Sept. 4 meeting, held at Town Hall.

Town leaders have pressed the Connecticut Department of Transportation for years to install canopies at Talmadge Hill, expressing disappointment in their continued absence, though state officials did say in early-2015 that the project was “top” of the list.

Hering noted during the meeting that other stations along the New Canaan spur, in Glenbrook and Springdale, do have new platforms with canopy coverage for waiting and disembarking riders. A similar 200-foot canopy for New Canaan would amount to an estimated $4.8 million project, Hering said.

However, New Canaan could add more “bus stop”-style platform-mounted canopies at Talmadge Hill with approval from the MTA, Hering said (about $10,000 each).

“I have gone out and asked them to request some pricing from canopy suppliers that do bus stops and other things, so they are out to bid now and they are going to supply quotes for … canopies, maybe 100 to 200 feet,” Hering said.

At the suggestion of local public works officials, those canopies also would include solar power in order to heat the platforms for de-icing, Hering said.

No bids have come in yet, Hering said.