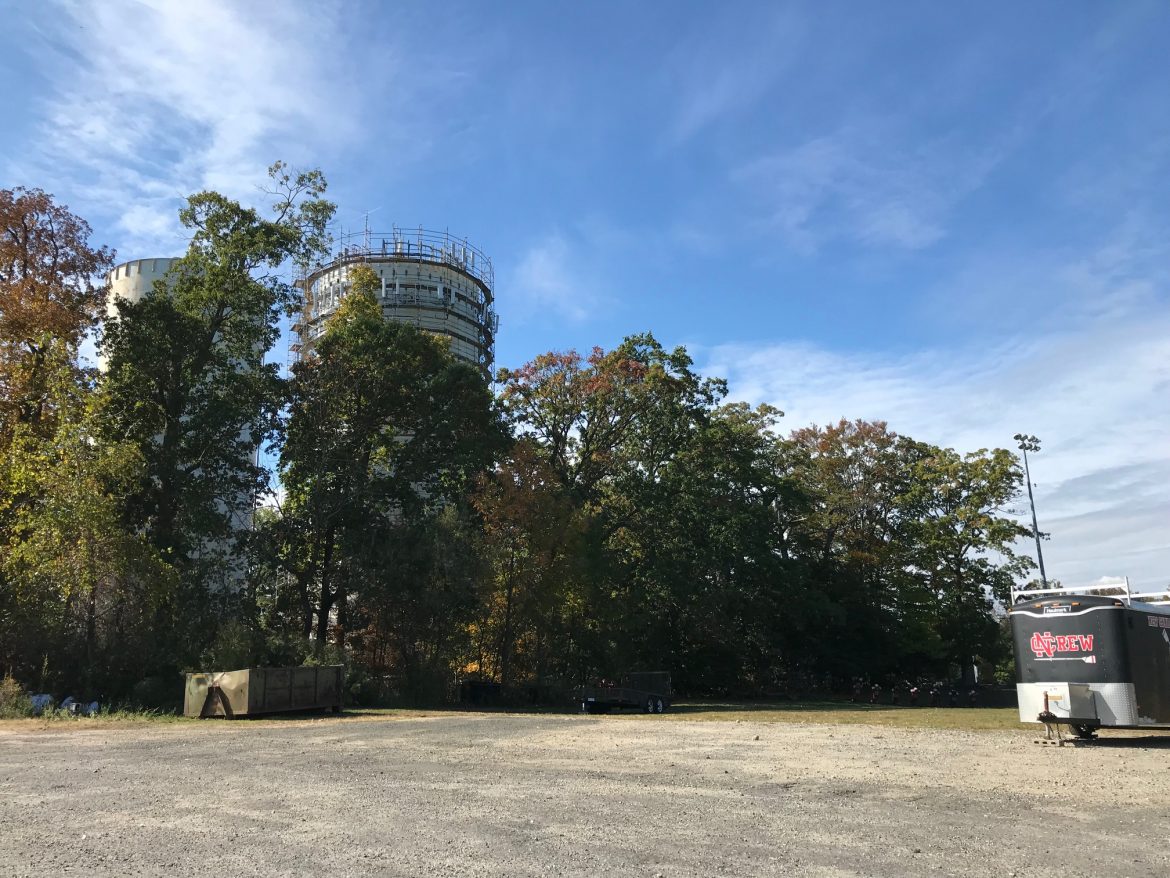 The Board of Selectmen at its most recent meeting approved a contract with a New Canaan company to survey an area of Waveny where a newly paved access road and expanded parking area are planned.

First Selectman Kevin Moynihan and Selectman Kit Devereaux at the Board’s Sept. 17 meeting voted 2-0 in favor of a $7,540 contract with RKW Land Surveying.

The company will flag wetlands for a proposed paving of the milled access road between the main road through Waveny and a parking lot that abuts the water towers and overlooks the new artificial turf fields there.

“RKW has done work all four corners of this property, so it stands to reason that we would ask them to come forward and finish this interior piece to do,” Public Works Director Tiger Mann said at the selectmen’s meeting, held at Town Hall.

The town began pursuing the project last summer. With the smaller water tower due to come down and the land it sits on to revert from Aquarion back to the town, officials are planning to expand the parking lot in that area. As it is now, about 30 to 40 vehicles can park in what is a rough, milled lot. With the expanded parking area and parking along a proposed access road that would run along the old Summer Theatre footpath, to the southern at the high school, New Canaan would gain about 75 additional parking spaces, officials have said.

At the meeting, Devereaux asked whether the town didn’t get competitive bids because New Canaan has worked with RKW in the past (yes), whether Mann is content with the $7,500 price tag (yes) and whether funds are in the current fiscal year’s approved budget (yes).