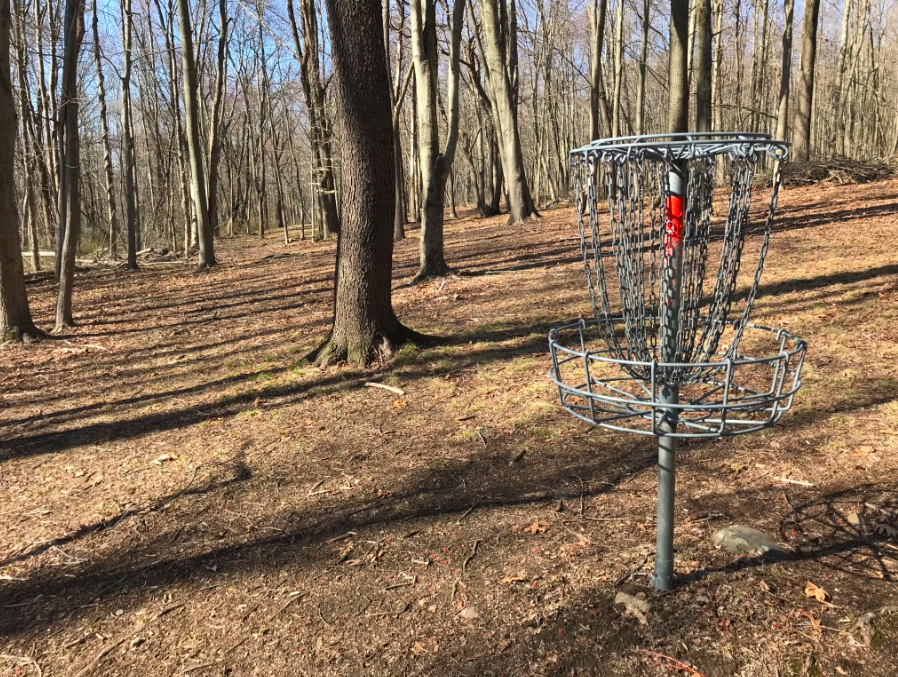 Though they do not keep hard statistics, the volunteers who designed and maintain a frisbee golf course at Waveny say they’ve seen an uptick in usage in the past year or so. 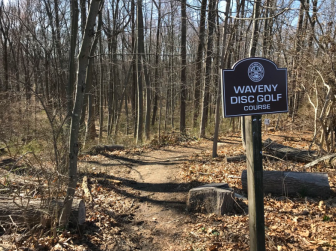 Established in 2007, the Waveny Disc Golf Course on the west side of Lapham Road is one of 31 in Connecticut and the seventh-oldest in the state, according to Tim Smith.

In 2020, Smith and other volunteers created six additional holes on the course bringing it to the standard 18 total, he told members of the Parks & Recreation Commission at their most recent meeting.

“I think that’s one of the reasons I think we are seeing so many people enjoy the course now,” Smith said during the Commission’s March 10 meeting, held via videoconference. “Players of all levels are enjoying the course. Really seen an increase in players, especially this past year.” 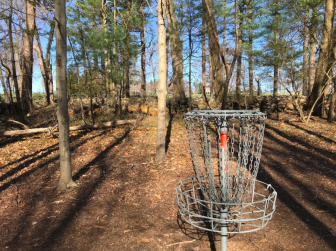 The comments came during an update to the Commission from Smith and fellow disc golfers Tony Ferrera, Chris Scofield and Mickey Stamans on the course’s history, use, progress and goals.

Smith said, “The course is in the best shape it’s ever been. People comment all the time how much they enjoy it. It’s all thanks to the people that volunteer, go in there and clean up. Especially after a big storm there’s a lot to do.”

The volunteers’ work includes collecting garage during walkthroughs, and Smith said he’d like to schedule a spring cleanup day this year to get more people involved.

Other goals include improving the course’s tees, which require a lot of maintenance “because roots pop up, rocks pop up,” he said. 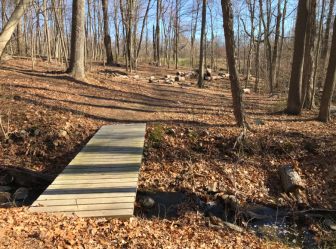 “Eventually, long-term, maybe we can look at establishing tee-boxes, which I estimate to do the whole course would be $5,000 to $6,000,” Smith said.

If allowed under COVID-related restrictions, the volunteers also would look to hosting tournaments this year, as they have in the past, with professional and amateur divisions, Smith said. The group also would like to have a fixed liaison on Parks & Rec as a point of contact.

Commissioner Carl Mason volunteered to become the liaison. Mason said he’s been playing on it over the past 18 months and has “seen big improvements you have made through that time,” including the six newest holes and a “lost disc box” at the start of the course. 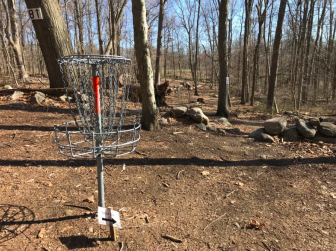 “Thanks very much, it’s a fantastic course,” Mason told the volunteers.

Commission Chair Rona Siegel “highly recommended” anyone who has not seen the course to visit it.

“It is as though you are not in New Canaan,” she said. “It feels a lot like Maine. The middle of Maine. It’s beautiful, it really is.”

The course itself makes full use of the hilly, wooded parcel that drops away from Lapham Road toward the Metro-North Railroad tracks and Old Stamford Road. Tee-to-basket through all 18 holes, it runs for about 1.6 miles (if you toss the disc straight), winding under deciduous trees and through sunny clearings, often climbing up and down through the parcel, and with footbridges over creeks and heavier swampy areas. Stone walls that formed part of the former Lapham estate run through the parcel, and players can find solitude through most all of it, with peeks at Waveny House, Old Stamford Road, the Merritt Parkway and mulch pile along the trails.

The sport is similar to traditional golf except that players use a frisbee or “flying disc” instead of a golf ball. It follows the same rules in terms of teeing order, lies, out-of-bounds areas and which players are “away.” A sign posting the rules can be found near the first tee, along with a box where players can find course maps, scoresheets and short pencils to keep score. 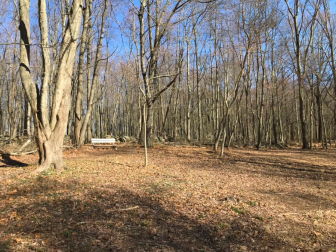 The commissioners asked whether the town has coordinated on disc golf lessons on the course (no), when the spring cleanup would be scheduled (not sure yet), what the overall use is in terms of numbers (unsure because there’s no formal registration system), where people park (Waveny Pool lot), how many people can play at one time (four per hole during tournaments), how many rounds are played per day during the week (about six, though the use goes up in warmer months) and whether the volunteers are seeking to expand the course (it’s limited by wetlands and is restricted to non-wetlands areas on the parcel).

Commissioner George Bennington called the disc golf course “a great and unique feature” in the town, and asked what the volunteers do to get the word out on the course. 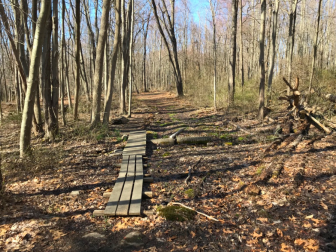 “I don’t think too many people in the community know about it,” Bennington said.

“It’s growing, though,” he added. “We see more and more families out there now, which is awesome.”

Ferrera and Scofield noted that when non-disc-golf-playing groups of people learn about the existence of trailed areas such as the Waveny course, they tend to start taking it over—walking dogs off-leash that sometimes interfere with the sport by picking up discs in play (as they have at Cranbury Park in Norwalk), creating new walking paths and presenting a hazard and potential liability by overcrowding in an area that has flying objects. 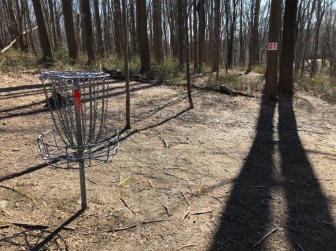 Recreation Director Steve Benko said the town could put in a permanent sign notifying dog walkers that the animals must be leashed at all times in public by town ordinance (except in the fenced Spencer’s Run dog park, located just across the street).

Siegel thanked the volunteers for their update.

“After walking it a month ago I was blown away with how incredibly it is put together,” she said. “You guys have done a lot of work with carrying trees that have fallen, to shape a path to help you get to the next hole.”