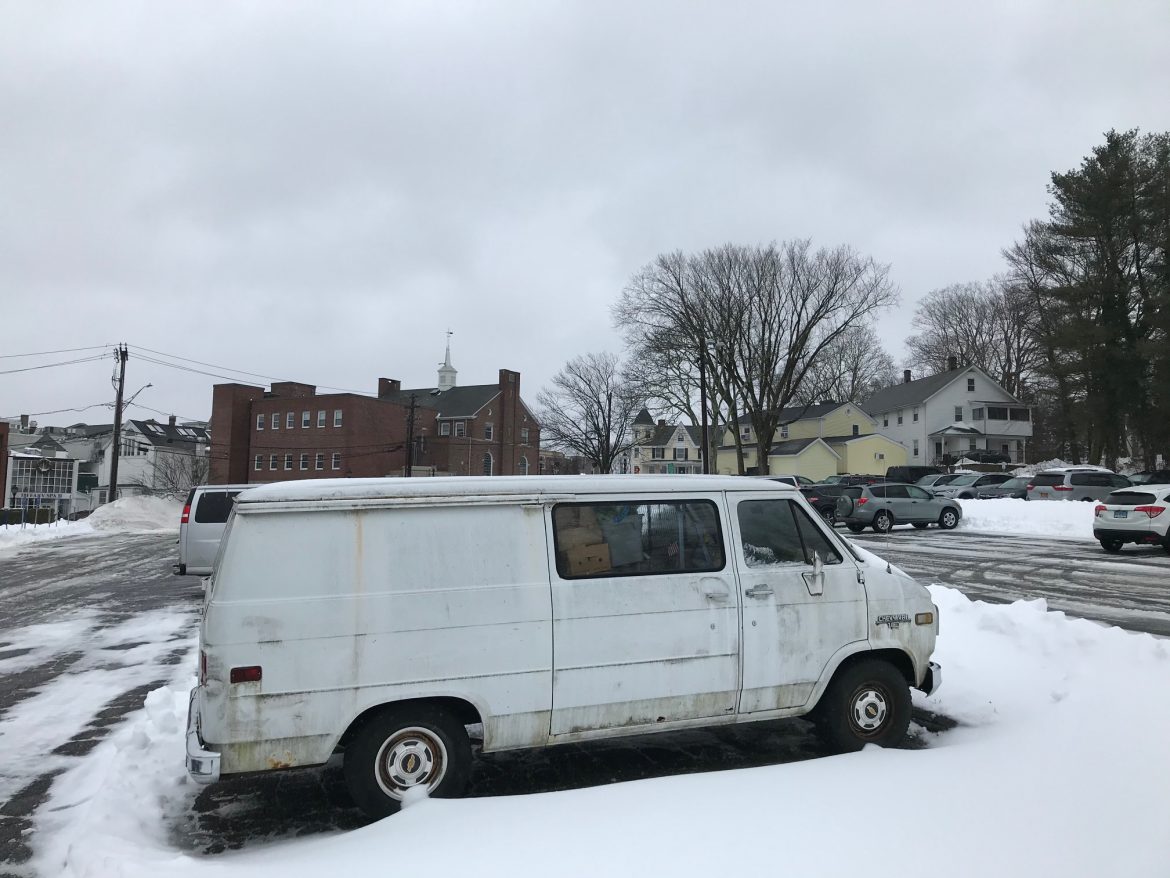 Police say the white van that officials described earlier in the week as “abandoned” for about one year in the Locust Avenue municipal parking lot is legally registered and allowed to park there overnight.

Town officials on Monday night discussed a van that appears to have been abandoned about one year ago in a municipal parking lot downtown. 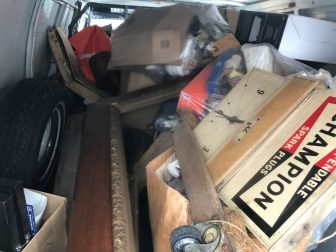 Looking into a rear window of the van. Credit: Michael Dinan

The white van parked near the northeastern corner of the Locust Avenue Lot “has been there since before COVID-19 started,” according to Zoning Board of Appeals member Luke Tashjian.

“I go there every Friday with my son, to see the fire ladder truck they test out,” he said Monday night. “This van is full of junk. Somebody, like, abandoned it there. And it’s not in the back corner, it’s in one of the spots. It’s been there since pre-pandemic.”

The comments came following a regular ZBA meeting during which the appointed body unanimously re-elected Laura Edmonds as chair and John Mahoney as secretary. In addition to them, those voting for officers were Jessica Cardon, Becky Walsh and Tashjian. 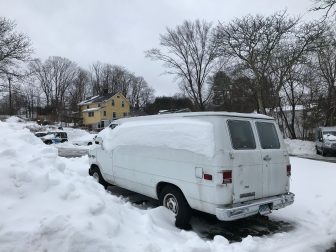 After adjourning, ZBA members spoke informally on several topics, including parking availability in municipal lots. One alternate member of the ZBA, Rich Carratu, is the developer of the Post Office building on Locust, adjacent to the lot where the white van is sitting.

It has Connecticut plates and a look inside shows that it’s full of lawn equipment, clothes, household wares such as lamps and lampshades, dollies, large empty frames, boxes, tarps and a baseball memorabilia box.

Asked whether New Canaan Police have ever been contacted about the van, a department spokesperson said he wasn’t aware of it.

Edmonds said that she’d noticed the van do.

“They don’t bring the workers?” she said. 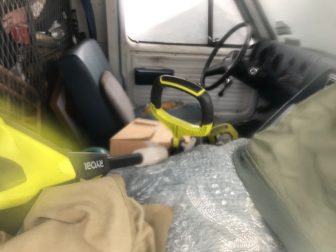 Looking through the front passenger side window of the van. Credit: Michael Dinan

Edmonds may have been referring to a townhouse-and-commercial-building development at Forest Street and Locust Avenue.

Tashjian answered, “That van is just full of junk. You couldn’t even move it if you wanted to. It’s like someone just filled it with junk and abandoned it or something. You look in the windows? I thought someone was living in it at first.”

Carratu asked whether the van is parked near municipal vehicles (they’re located in the upper portion of the lot, toward the western end).

Tashjian said, “No, if the person was smart they would’ve parked over there and you wouldn’t have thought anything of it. It’s in like the first row up.”

Carratu said he was surprised it hasn’t been towed away, and told Tashjian that they should “give Keith a hard time tomorrow [Tuesday] night if he shows up at the meeting.”

He may have been referring to Parking Commission Chair Keith Richey and a meeting of the New Canaan Exchange Club, a volunteer service organization that raises money for local charities.

He added, “I’m not vaccinated. I’m not in that demographic.”

5 thoughts on “‘It’s Been There For a Year’: White Van Full of Junk Sits in Locust Avenue Lot [UPDATE]”