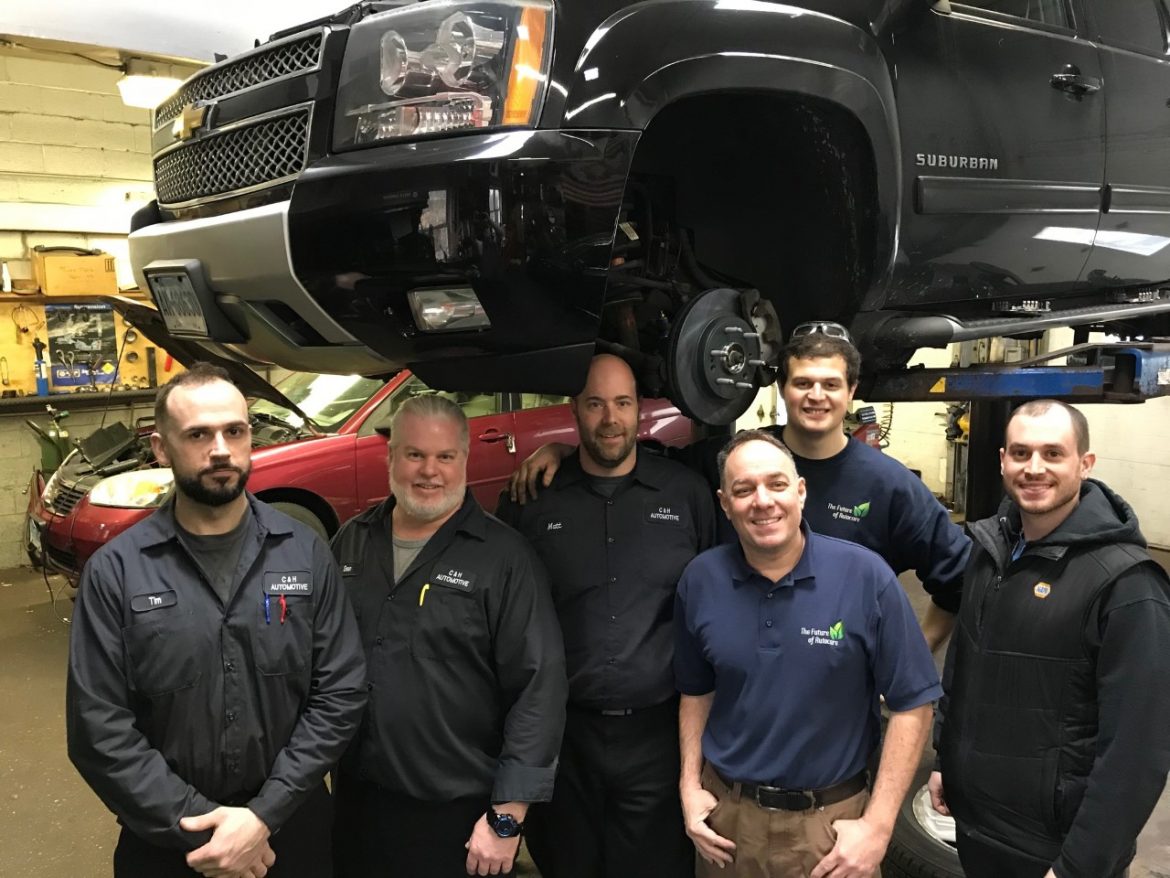 Town resident Steve Gaeta was just a few years out of high school in 1987, when he started working as a mechanic at the auto repair shop at 186 Main St. 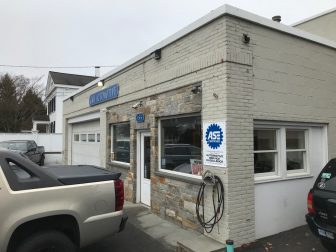 At the time, Gaeta recalled, the downtown had nine gas stations with auto repair shops, and within a few years the co-owners of the New Canaan Chevron, located near the corner of Main and Maple Streets, in the shadow of then-recently demolished Center School—Charlie and Hank had renamed it ‘C&H Auto’ after themselves—decided to sell.

“These guys were probably my age and they were looking for an opportunity to move on,” recalled Gaeta, a New Canaan firefighter who has lived here since the late-1980s and whose daughter graduated from New Canaan High School last year. “We took that opportunity, bought it.”

“It’s pretty incredible,” Gaeta said of the milestone. “I couldn’t be happier. I couldn’t be more proud of the fact that everybody that has worked here cares an incredible amount and they work very hard, tirelessly. Every bit of that is why I owe this success at C&H to every one of these guys that put their time and energy in here. It’s a wonderful community.”

In the decades that Gaeta has owned the automotive repair and maintenance shop, it has reliably served countless local families, employing town residents as mechanics and keeping apace with a rapidly changing field. C&H has carved out a special place in a community whose motorists have come to depend on it. When beloved longtime gas attendant Leo Lopez retired a few years ago, Gaeta invited the community to the Roger Sherman Inn for a farewell drink. When he pulled the gas pumps from C&H to focus on the repair business, it was the talk of the town.

Sean Brennan, a 1991 New Canaan High School graduate who has worked at the shop since he was able to work at all, credited Gaeta for his long tenure at C&H.

“Steve has kept me here—great boss,” Brennan said. “And I just love the atmosphere here, the customers that we have. And I love servicing the community, is what it boils down to.”

New Canaan resident Stacey Walker has been a loyal customer of C&H since moving to New Canaan about 10 years ago. She had three young children at the time and didn’t know who to call when she had a problem with one of her tires. When she did contact Gaeta, he told her to “bring it right in” and “literally from that moment, any time I have a problem, I go in and take care of it.”

“I never get any more service than I need, and I always feel safe,” Walker said.

She added, “They are really kind and welcoming and they always do a great job. They always reassure me that my car will be OK. Now I have a 16-year-old with a [driver’s] permit and they say, ‘We will show her the ropes.’ They are really good, honest people. I feel lucky they are in town, and when I go in there, I literally hang out there and talk to them. They are good people.”

Working on motor vehicles has evolved with automotive technology, though the core work for the three technicians and two service advisors at C&H—brake jobs, alignments, tires and front end work, shocks, air conditioning—remains.

“Cars are getting complicated,” Gaeta said. “We have ongoing training sponsored by NAPA Auto Care and various other manufacturers. Online training, electrical mentorship. The guys are constantly in the books, constantly training and staying current with what is going on.”

Tim Kenney Jr., a U.S. Army Specialist E4 who served overseas Iraq, Afghanistan and Kuwait and has worked at C&H for about eight years, has worked hard to keep up his training, earning the NAPA/Automotive Service Excellence honor “Connecticut Technician of the Year” for two years running.

Asked what drives him to keep learning and achieving, Kenney said, “For pretty much as long as I can remember, I had to go the extra mile—whether that was a lack of confidence in myself, never being good enough, something along those lines—and that always pretty much pushed me to do what others wouldn’t. And as I went along, it turned out I liked it, and I was lucky enough to be in the environment here where I was able to pursue those things where at other places I would not have been. Steve has been gracious enough to finance these adventures of mine. Because it’s definitely not cheap.”

Asked what the NAPA designation means in terms of payoff for customers, Kenney said, “Behind closed doors, it’s the difference between getting it right and not. We see a lot of failures here from other places, especially the chain places … We are definitely not one to rip off the customers. Getting it done right and having as little comebacks as possible.”

The newest member of the C&H team, 1996 NCHS graduate Matt Batterson, joined as a service advisor just three months ago.

Asked for his early impressions, Batterson said. ” My first impressions of C&H were about four years old when I was getting gas pumped and saying, ‘Fill it up, sir.’ Been a customer many years, and I’ve known Steve for many years. I have always secretly hoped that I would get a phone call to get a job here, and I finally got that phone call.”

“It gives the customer peace of mind in warranty,” he said. “We now offer a national warranty. If your car is fixed here and it has a problem with the repair work or parts that we did, you can go to any NAPA certified repair shop and have that warranty taken care of seamlessly. It’s another extension of our service we provide.”