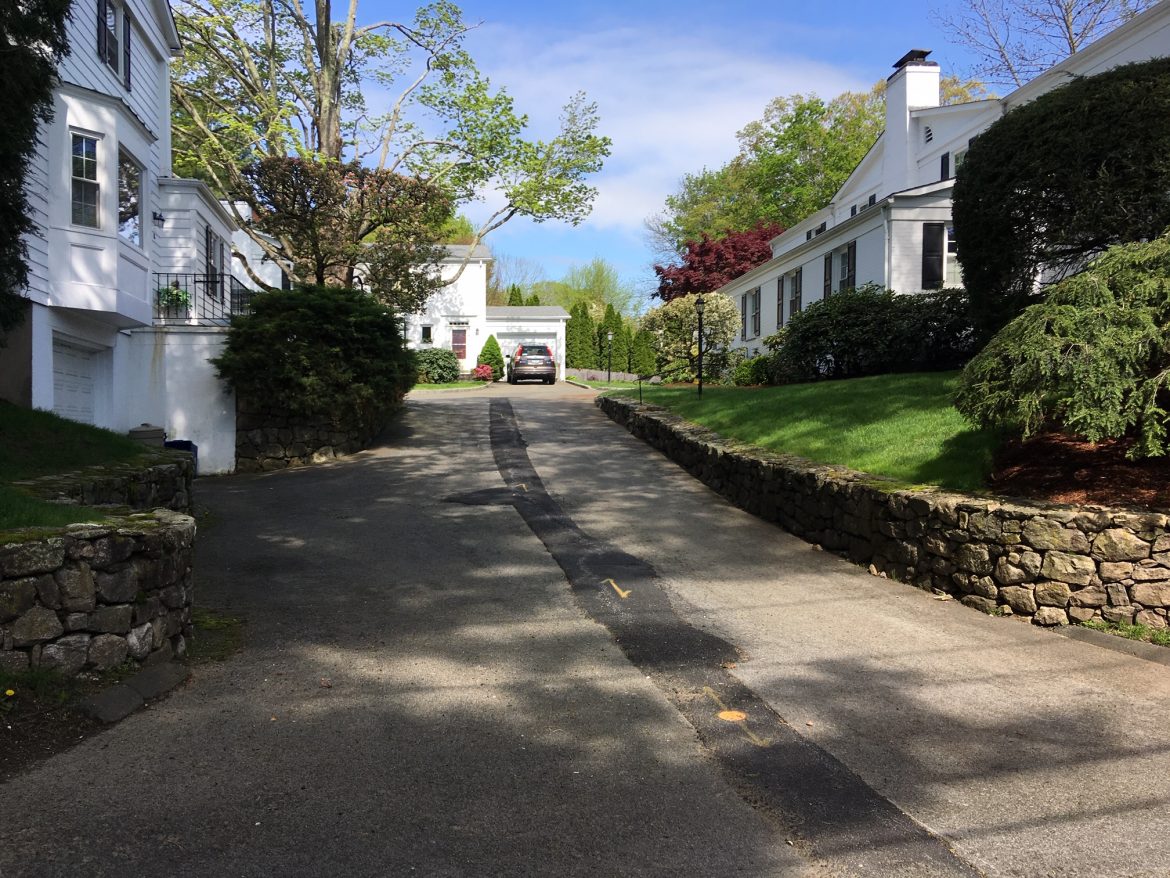 A New Jersey-based company is doing a poor job of repairing New Canaan roads in the wake of the natural gas line installation, the town’s highest elected official said Tuesday.

The quality of repairs made by Ferreira Construction has been “unsatisfactory,” according to First Selectman Kevin Moynihan.

“Especially on our streets,” Moynihan said during a regular meeting of the Board of Selectmen, held at Town Hall. “So we are trying to get them to improve.”

The comments came after Selectman Kit Devereaux broached the subject during a discussion of general matters before the town.

Devereaux said the Board had received an email from a resident of a condominium at Main Street and Lakeview Avenue “complaining about the state of the driveway that was left there by the gas line.”

One gas line has already been brought to the condo complex, Hanford Square, according to the complainant—who identified himself as Francis Doherty in the email, obtained by NewCanaanite.com following a formal request—and Eversource, through Ferreira, “will be trenching for a second gas line from Main Street for the remaining units as soon as the Main Street line is pressurized.”

“The initial trenching, from Lakeview for two of our six units, left a portion of our drive in a substandard condition,” Doherty wrote in his April 28 email to the selectmen. “The repaving of that trench was very poorly executed.”

“In all of the pre-installation conversations with Eversource no mention was made as to whom was responsible for restoring private property,” he continued. “This question was asked at the Town Hall we attended and we were given assurances that any property damage would be addressed by Eversource. The slapdash job Ferreira did on our driveway is in no way acceptable.”

Hanford Square residents would not have opted for natural gas installation “had we known that our driveway would be so poorly repaved,” Doherty wrote. He added, “Our property values have been enhanced by the gas conversion but damaged by the shoddy repaving.”

Devereaux asked during the meeting what a resident should do if a problem arises during the paving work around natural gas installations.

Moynihan said public works officials are in touch with the man as well as Eversource.