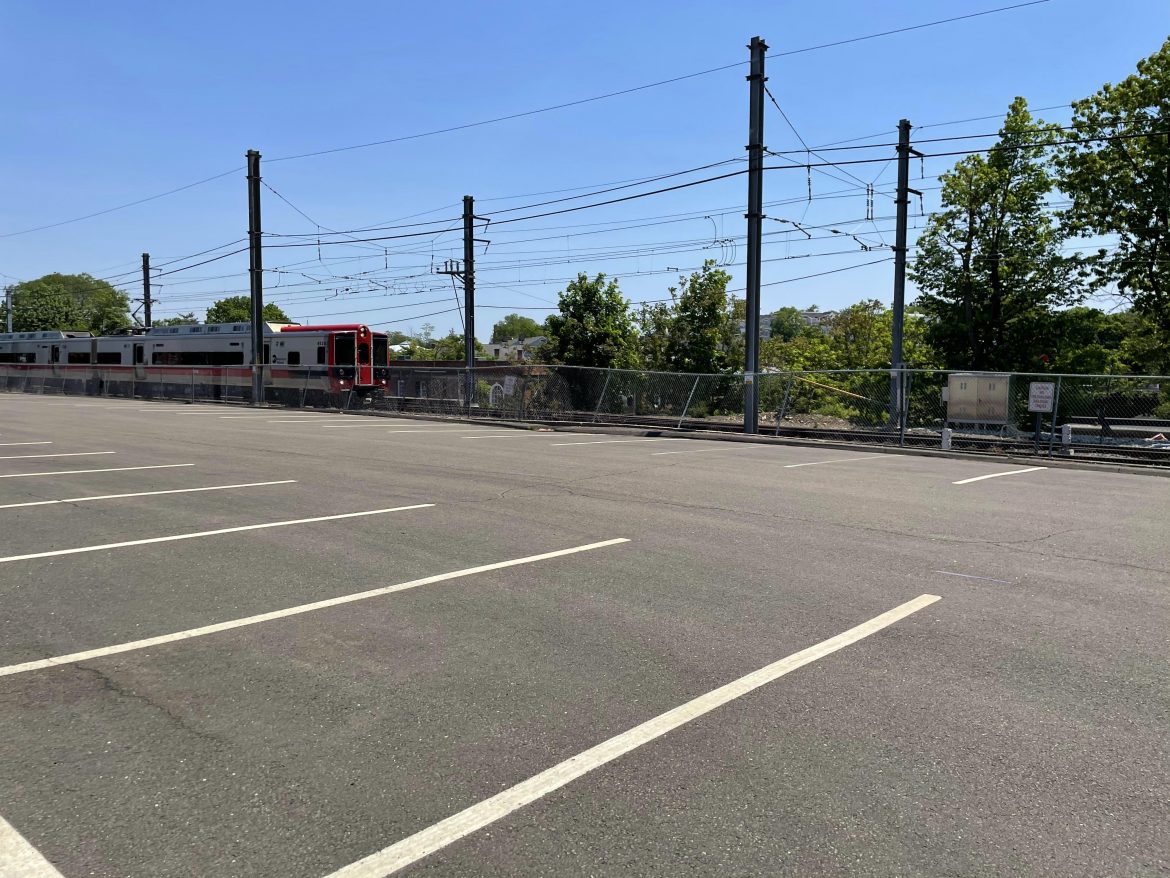 The Lumberyard Lot appears empty as less commuters use it, on May 19, 2021. Credit: Hannah Tiller

New Canaan’s highest elected official said this week that the town should pressure Metro-North Railroad to return commuter trains to a pre-pandemic schedule before making a decision regarding some parking permit renewals.

The subways in New York City are reopening 24 hours and “people returning to work in Manhattan may be accelerating,” Moynihan said during a regular meeting of the Board of Selectmen, so that New Canaan can start charging commuter permit-holders earlier than a recommended Sept. 1 start date.

Municipal officials have noted that New Canaan is losing $120,000 per quarter in revenue following its suspension of parking permit fees, Moynihan said at the meeting, held both in person and via videoconference.

“Not that revenue is the key thing here but New York is going to be returning earlier than September,” he said. “We need to have pressure on Metro-North to get our trains back, and I’d like to work on that in these two weeks.”

The comments came as the Board voted 3-0 in favor of Parking Commission recommendations regarding an increase of electric vehicle charging stations downtown, and charging for use of the Park Street and Playhouse Lots on Saturdays.

But the selectmen are putting off a decision on when to start charging permit fees for the Lumberyard, Railroad, Richmond Hill and Talmadge Hill Lots. The Parking Commission had recommended re-starting the fees Sept. 1.

Parking Commission Chair Keith Richey said during the meeting, “It’s taking longer for the COVID-19 crisis to unwind than I think anyone expected.”

“We’re not really ready, I think, to ask people to make a decision about renewing permits,” he said.

A parking survey recently sent out to commuting permit-holders showed that 39% of respondents plan to use the permits just one to three days per week, according to Richey.

He showed the selectmen an image of the Lumberyard Lot on a recent Thursday afternoon. The lot was virtually empty, the only cars likely being locals and not commuters, he said.

Moynihan noted that restrictions are easing up quickly now.

“People will not go back to commuting from the New Canaan Train Station to Manhattan unless the train schedule is restored,” he said.

“It’s not direct and the problem is you can have literally an hour wait connection in Stamford so that’s unacceptable,” he said.

Selectman Nick Williams said New Canaanites are driving to stations such as Noroton and Darien in order to catch a direct train.

Moynihan said the selectmen can wait until their next regular meeting (June 1) to make a decision about charging the commuters for their permits.

“We have two weeks more to make some progress with the DOT [Connecticut Department of Transportation] and understand what the situation is,” he said.