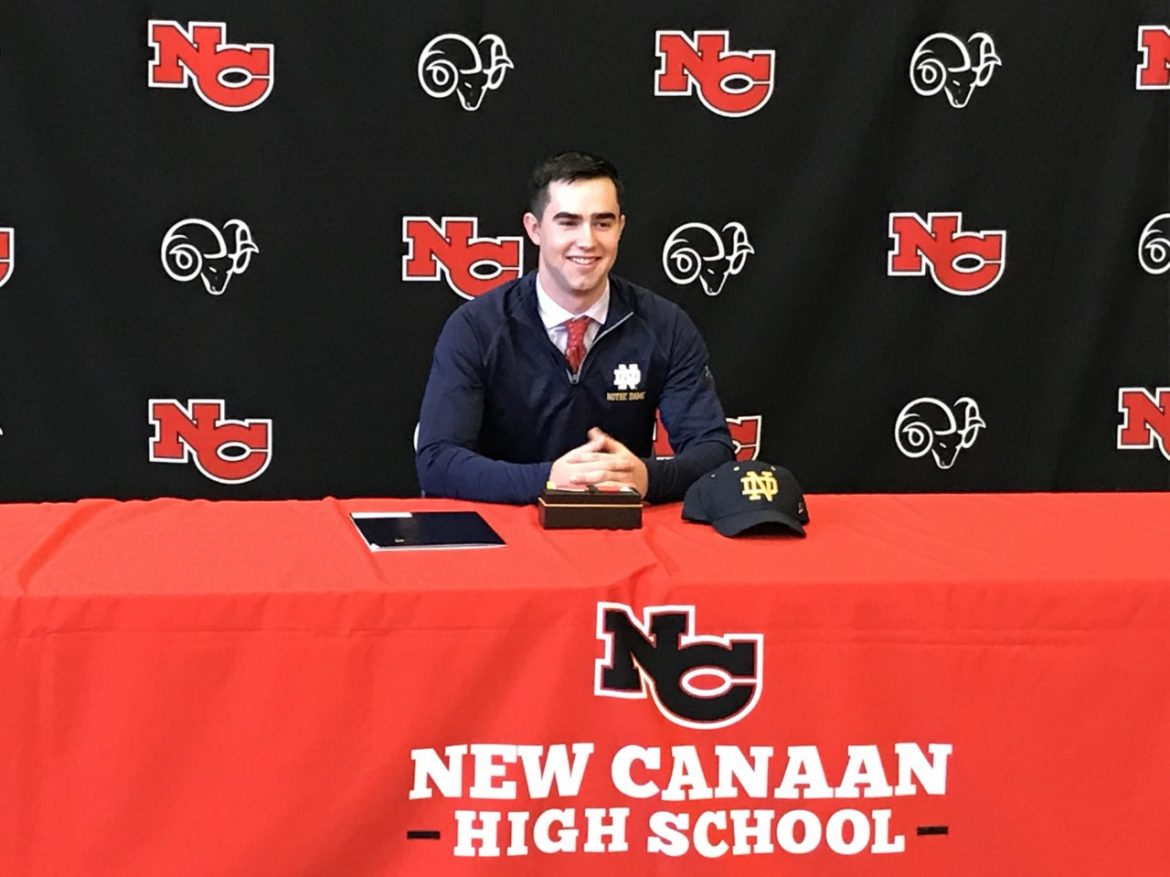 “[Rams Football Head] Coach [Lou] Marinelli gave me the right path in high school to make all this happen, so all thanks to him,” Pyne said moments before a signing ceremony in the Wagner Room at NCHS attended by more than 50 relatives, friends, classmates, teammates and coaches. “I’m blessed with this great opportunity so I’m very excited.”

Asked what special NCHS memories he’ll take with him, Pyne said, “All of high school has been fantastic, whether football or academically.”

“Mr. [Bill] Egan, our principal, has made it a great experience for me. And Coach Marinelli has made it unbelievable as well. So overall this whole experience has been awesome.”

Those in attendance included Pyne’s parents, Helene and George, sisters Shannon and Rachel, and brother Brendan.

The official National Letter of Intent early signing day period for football is set for a three days this week. Basketball also has its own window. Last month, 16 NCHS seniors signed early letters of intent to play various other sports in college. Pyne is the sole NCHS football signee so far this year.

Asked what Pyne has meant to the Rams football program as a four-year quarterback, Marinelli noted that he “set all the passing records, at a passing-rich school, and he’s got a number of state records.”

“He was our captain,” Marinelli said. “He was a role model for our entire school here. Honors student. He’s just been wonderful. Kids like this don’t come along very often, so we’re really proud to have had him, and excited to see how he’s going to do.” 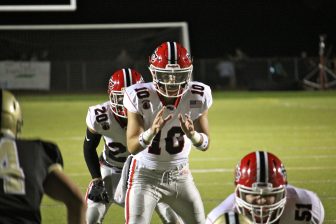 Pyne holds all NCHS career passing and all-purpose yards records. Here’s how his career totals rank all-time in the state:

Asked for his thoughts on Pyne as a young man and athlete, Rams Associate Head Coach/Defensive Coordinator Chris Silvestri said, “He’s handled everything incredibly since he first got here. We live in such a microscopic world for a kid who comes in with such accolades. He’s been under a microscope for four years and he’s never, ever let it get to him. So wherever he goes, he’s going to know exactly how to handle it.”

The Rams “couldn’t have asked for a better four-year quarterback,” Silvestri added.

“Humble, he got along with everybody. He did the right thing, was never in trouble. Worked hard. Just a fantastic four years.”

Asked whether there’s anything he specifically is most looking forward to about going to Notre Dame next year, Pyne said no.

“I’m just excited to step on campus and be a part of it,” he said.