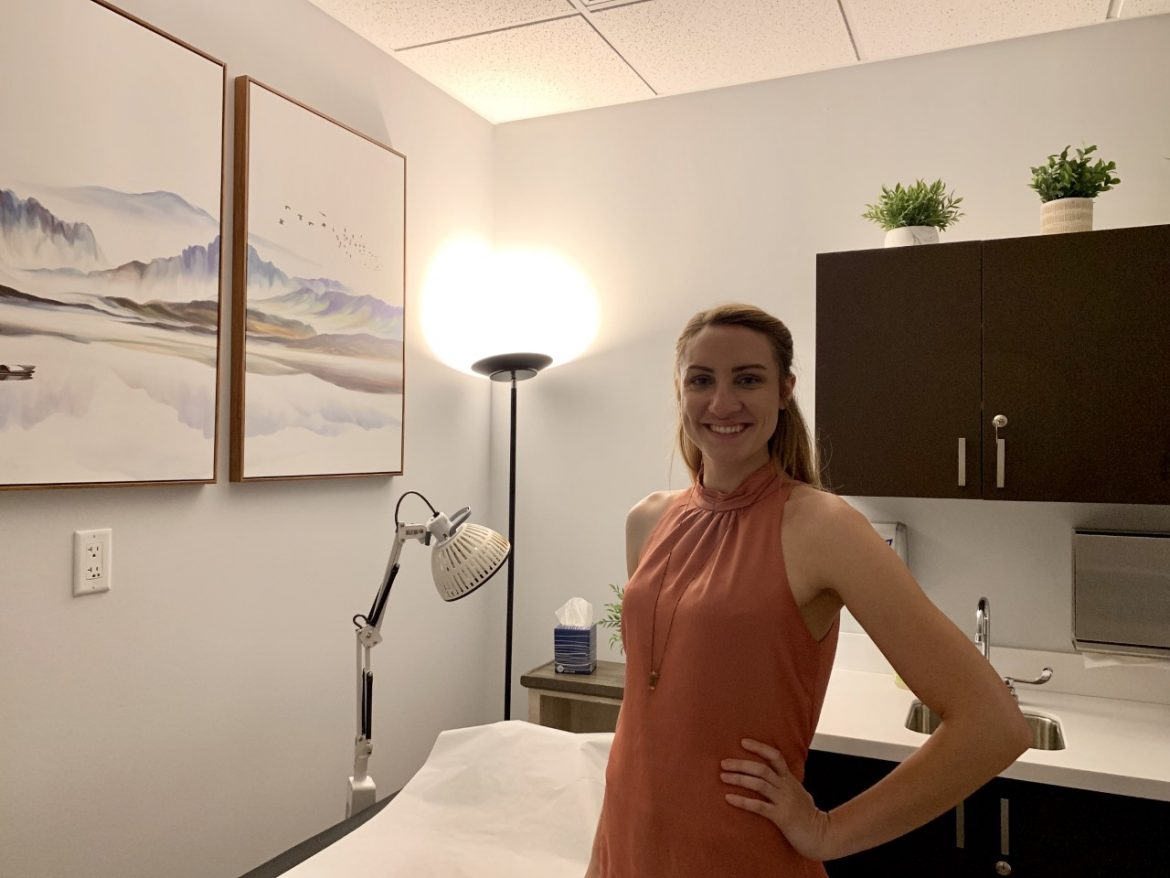 New Canaan’s Casey Potetz knew she wanted to be an acupuncturist from the time she was 12 years old.

Her mother owned a book about eastern philosophy, and Potetz recalled reading it and wondering, “Why aren’t we all doing this? This is amazing.”

After studying acupuncture at a postgraduate level for four years in Hawaii, the Hartford County native said she was at a crossroads so her sister, a New Canaan resident, invited Potetz and her boyfriend to come and stay for a month.

“We just kind of fell in love with it here,” Potetz said.

And she decided to start her own acupuncture business here.

The result, New Canaan Acupuncture, has been open for one month, during which Potetz has provided 42 treatments, “which is pretty good for a new business,” she said.

Potetz studied kinesiology at the University of Connecticut, Storrs, graduating in 2011.

“I thought I was going to be a physical therapist,” she said.

“It took me a little while to realise that this [being an acupuncturist] was actually a possibility for me,” she added.

Potetz had run another online business, The Medicinal Guide, for more than one year, she said, which provides coaching for women who suffer from fibromyalgia and other inflammatory conditions.

“Once you have your own business, it’s hard to go back,” she said.

Asked how she has found her first month, Potetz said, “I’m so overwhelmed with how I’ve been received here. People are so nice, I’ve made so many connections, so fast.”

A typical consultation, Potetz said, involves an initial consultation and a session of acupuncture. Depending on the patient’s condition, she said she sometimes uses electrostimulation on the needles. She is also trained in cupping therapy and ‘Gua Sha’, a form of Chinese massage using a flat piece of jade.

According to Potetz, “Acupuncture treats almost everything.”

New Canaan Acupuncture is hosting an Intro to Acupuncture event on Thursday 12 Sept. from 6 to 7 p.m. at Halo Fitness. More information can be found here.