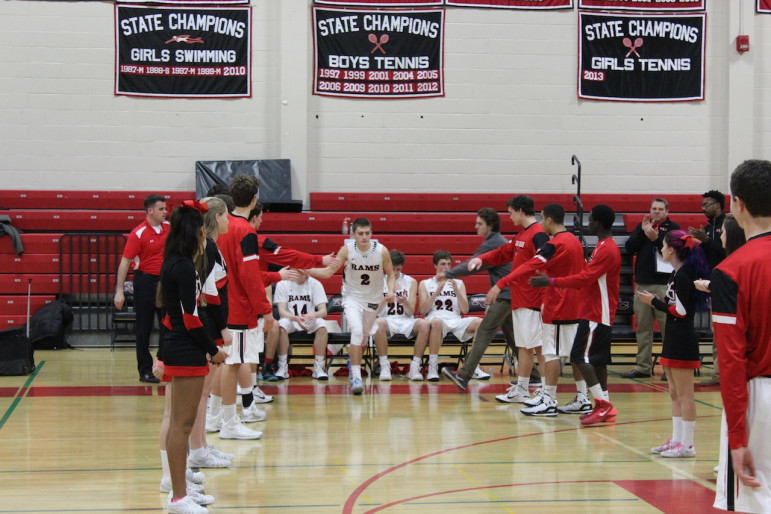 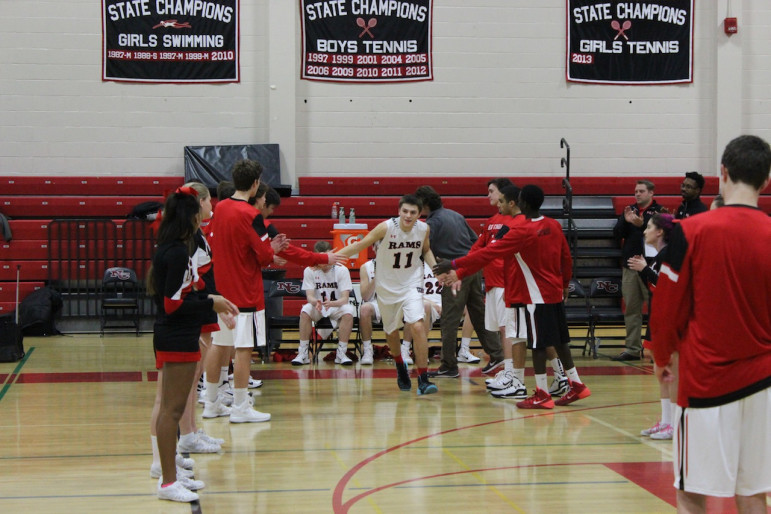 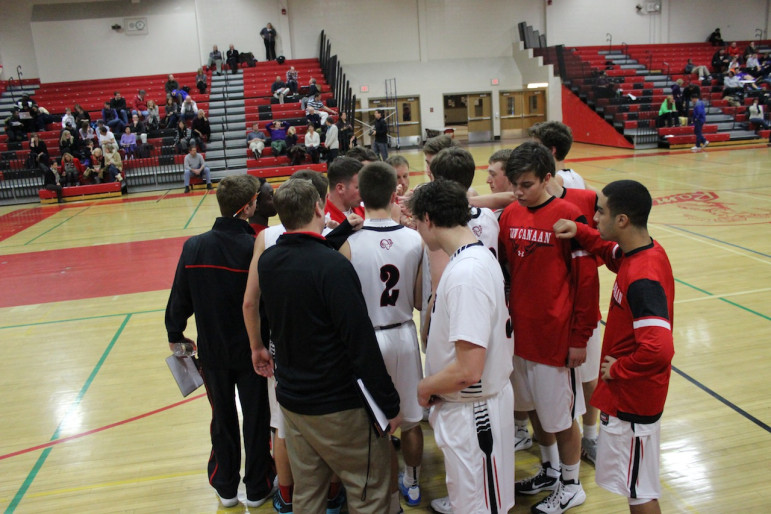 Facing an FCIAC powerhouse for the second consecutive game, New Canaan Rams head coach Mike Evans knew his team would have to be nothing short of perfect in order to pull off an upset over the Westhill Vikings in front of a home crowd on Tuesday night.

Unfortunately for New Canaan, the Rams were less than perfect.

Despite a breakout offensive performance from sophomore Tyler Sweeney who led all scorers with 26 points, the Rams couldn’t overcome turnovers and missed opportunities as they fell to the Vikings 69-52. 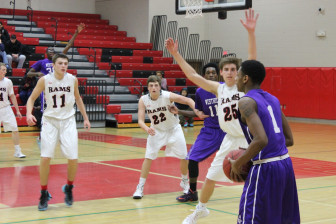 The Rams committed turnovers on their first two offensive possessions of the game, setting the tone for most of the first half. The Vikings, led by senior star Jeremiah Livingston (20 points), jumped out to a quick start, scoring the first 6 points of the game. New Canaan clawed back with 5 straight points to pull within 1 as baskets by senior captain Claude Chandonnet (13 points) and Sweeney made it 6-5 Westhill with 4:08 left in the first quarter.

Westhill, however, was able to counter New Canaan’s “slow-and-steady” offense with defensive traps and pressure, leading to more turnovers and fast-break opportunities and ended the first quarter on an 11-1 run.

“When you have stuff like that happening it’s really hard to generate offense,” Evans told NewCanaanite.com. “If you don’t generate offense against a team like that, you lose confidence on defense, you lose energy and then they’re up 20. Suddenly you’re digging yourself out of a hole against a really good team.”

The Vikings would add to their lead in the second quarter, outscoring New Canaan 18-11 en route to a 35-17 lead at the half. The Rams hung in with Westhill after the break, thanks to the efforts of Sweeney, Chandonnet and junior Jack Havard (6 points), who was singled out by Evans for his performance at both ends of the floor.

“Jack played hard on every single possession,” Evans said. “He was an exemplary New Canaan basketball player tonight. Our guys don’t give up—that’s one of the pillars of our program. No matter the score, you go as hard as you can. They all know that and they showed it.” 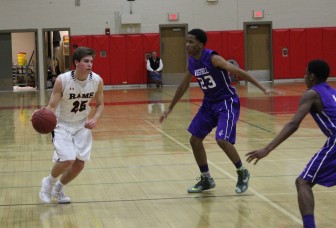 New Canaan made things interesting in the fourth quarter as a 12-3 run cut the Westhill lead to 62-48 with just over 4 minutes left. New Canaan began attacking the basket forcing several Westhill fouls and ultimately landing the Vikings in the penalty with10 team fouls in the second half. Free throws by Chandonnet, Havard and sophomore Jack Wallace, and field goals from Sweeney and senior captain Paul Hagopian gave New Canaan a glimmer of hope as time wound down in the game.

“They play hard,” Westhill head coach Howard White said of the Rams, who actually outscored the Vikings 35-34 in the second half. “They made a nice run, and we have to be ready for teams that are going to make runs.”

Westhill proved they were indeed ready, countering the Rams’ momentum by hitting their own free throws down the stretch en route to the 17-point victory. With the win, the Vikings improved to 7-1 overall and 6-0 in the FCIAC, while the loss dropped the Rams to 2-5 overall and 0-5 in conference play.

For Evans, the hope is that New Canaan can carry over some positives that emerged in the second half on Tuesday night into the next contest against Warde on Friday.

“I think our guys are getting fed up with that being the same old story,” Evans said. “We’re hearing a lot more positive talking from the guys. Our seniors came out with better leadership. They said ‘this game’s not over’ and the younger guys followed.”