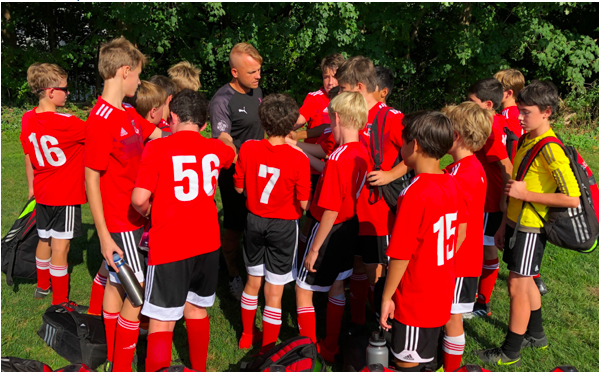 For more than 30 years, Nobel Prize winning economists and scientists who study human behavior and judgment led by Thomas Gilovich, Robert Vallone and Amos Tversky (GVT, for short) have questioned whether human beings can defy statistical probabilities and get “hot” or streaky in their performance, particularly in sports. Out of that skepticism came the technical term “The Hot Hand Fallacy,” empirically attempting to debunk the amazing performances that each of us have witnessed with athletes who frequently defy statistical probabilities (see Steph Curry).

Now, please bear in mind that I’m not a PhD nor am I close to being nominated for any awards, let alone a Nobel Prize. But this much I have read from contemporary academics, “recent work has uncovered critical flaws in the research which underlies this consensus (the hot hand fallacy). In fact, these flaws are sufficient to not only invalidate the most compelling evidence against the hot hand, but even to vindicate the belief in streakiness.”

And here’s someone who knows a thing or two about hot streaks, the legendary Boston Celtics coach Red Auerbach who famously said regarding the academics who disputed the hot hand: “Who is this guy? So he makes a study. I couldn’t care less.”

Now, for those of you who follow English football, or “soccer” as we Yanks call it over here, you know that the most beloved event for the entire fanatical soccer nation that gave us the sport is the FA Cup, a season-long tournament in the UK where all clubs, from all levels participate. Tune in and you might see the reigning Premier League champion Manchester City play the lower league laggard Rotherham United in a stadium smaller than Dunning Field. The FA Cup, in short, captures every soccer-loving Brit’s interest and attention.

Back here in Connecticut, the kids play in a version of that event called the CT Cup, where 48 clubs of all levels, from Greenwich to Simsbury to Newtown and Colchester face off for the premier youth club event and state championship. And here’s where it gets really amazing for the U13 Boys from 06840—they’re getting a hot hand just in time for Cup play. Well, maybe better described as a hot foot, after all it is soccer.

After a nearly 100 mile trek from the friendly confines of New Canaan out to Simsbury, the NCFC Boys Red Team officially began their 2019 CT Cup Campaign. After three years of failing to make it past Round 1, the lads left no doubt regarding their resolve as the match kicked off. Continuing the theme of team performance, each player brimmed with desire, confidence and belief that this could be the year that the CT Cup “comes home” to New Canaan. Goal scoring came fast and furious from all sides led by Alex Ertegino with a hot footed hat trick+1, Drew DeGaetano scoring after a hot bowl of Wheaties that morning, and Parker Della Bita and Dylan Ho lending their hot hands, I mean feet, to the goal scoring party. Drew Zoccolillo hot in goal with a clean sheet, final score 8-0 to NCFC with the Boys advancing to Round 2 of Cup play.

Defying GVT’s hot hand fallacy and the second round jinx of years’ past, Saturday’s performance at Conner Field, like the weather, was very HOT. The New Canaan lads stormed out to a first half 7-0 lead that they would not give up for the rest of the match. Once again NCFC showcased a shut down defense led by a dominant back line of Oliver Sturn, Rogan Lowe and Simon Tchakarov, smothering midfield play and ball control from Will Arnold, John Murphy, Drew Zoccolillo, Will Arnold, Marco Tignanelli, Stuart Hellman, Gregory Martin, Donovan West, John Murphy and Rohan Shenoy, and goal scoring led by Dylan Ho with the hattie+1, Oliver Carr’s first goal of Cup play, Alex Ertegino continued hot play, and Gregory Martin fist pumping down field in celebration of his clutch goal. On to Round 3 in Westport next Saturday against a stout foe.

Can’t wait to see who emerges with the next Hot Foot—let’s go NCFC—bring home the Cup.