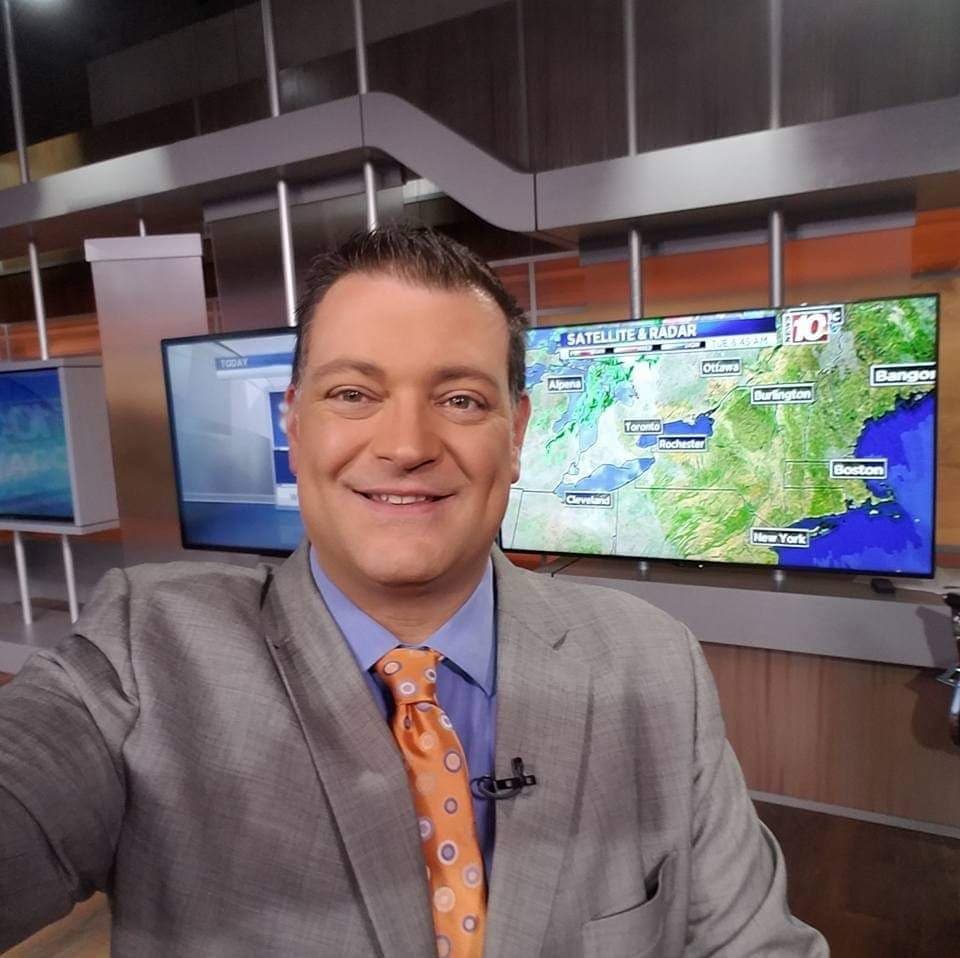 Rich Caniglia has always been fascinated by the weather.

At five or six years old, the 1993 New Canaan High School graduate recalled, he would run from window to window in his family’s home whenever it snowed. Cable television arrived when Caniglia was around seven, and while other children watched cartoons and sports, he remembered watching the weather channel all day.

Caniglia recently celebrated his 20th anniversary as the morning weatherman for the WHEC news network in Rochester, N.Y.

It wasn’t until he went to Cornell University to study atmospheric physics that Caniglia met other people as interested in weather as him.

“I don’t know if it’s something people are born with—an infatuation with the weather,” he said.

Asked about the path that has led to his success, Caniglia said, “Like a lot of things in life, it was some hard work, a lot of good fortune.”

“I wasn’t sure what I wanted to do with the degree when I was still at school,” he said. “I even entertained, briefly, going onto graduate school but it was too much math—it was just too much for me to deal with academically.”

His college roommate worked for a small local network in Elmira, N.Y., Caniglia said. After graduation, the roommate moved on to a new job, but not before introducing Caniglia to the news director.

The rest, as they say, is history.

“I couldn’t pass up the opportunity,” Caniglia said. “Like a lot of careers, the first job is the most important, especially with something like TV.”

“You have to get a little bit lucky, and then once you get lucky you have to perform,” he said.

He stayed in Elmira for two years before the opportunity to move to Rochester to work at WHEC arose. He’s been there ever since.

On hitting 20 years at the station where he works, Caniglia said, “In this day and age it’s something actually to be very proud of. Especially at one station for 20 years, it doesn’t happen as much as it used to. There’s a lot more turnover in television.”

Over the two decades he has been working in weather reporting, Caniglia said that the industry has changed.

“All media has changed so much,” he said. “When I started 20 years ago there was no Facebook, there was no social media. There was TV, radio and newspaper.”

Caniglia said the arrival of the Internet changed everything.

“There’s such a focus now on social media,” he said.

While the forecasting aspect of his work is challenging, doing live television is fun, Caniglia said. On the other hand, he said, the job can be very serious when he is forecasting severe, life-threatening weather.

Caniglia said that because he works the morning shift, arriving at work around 3 a.m. for a show running between 4:30 and 7 a.m., “there’s not a lot of time there to do detailed forecasting.”

He uses the forecast done by the woman who works the evening shift the previous night and National Weather Service reports to ensure his predictions are “on track”.

“Even though everything is kind of the same, it’s always different,” he said. “The weather is always changing, especially in an area like this.”