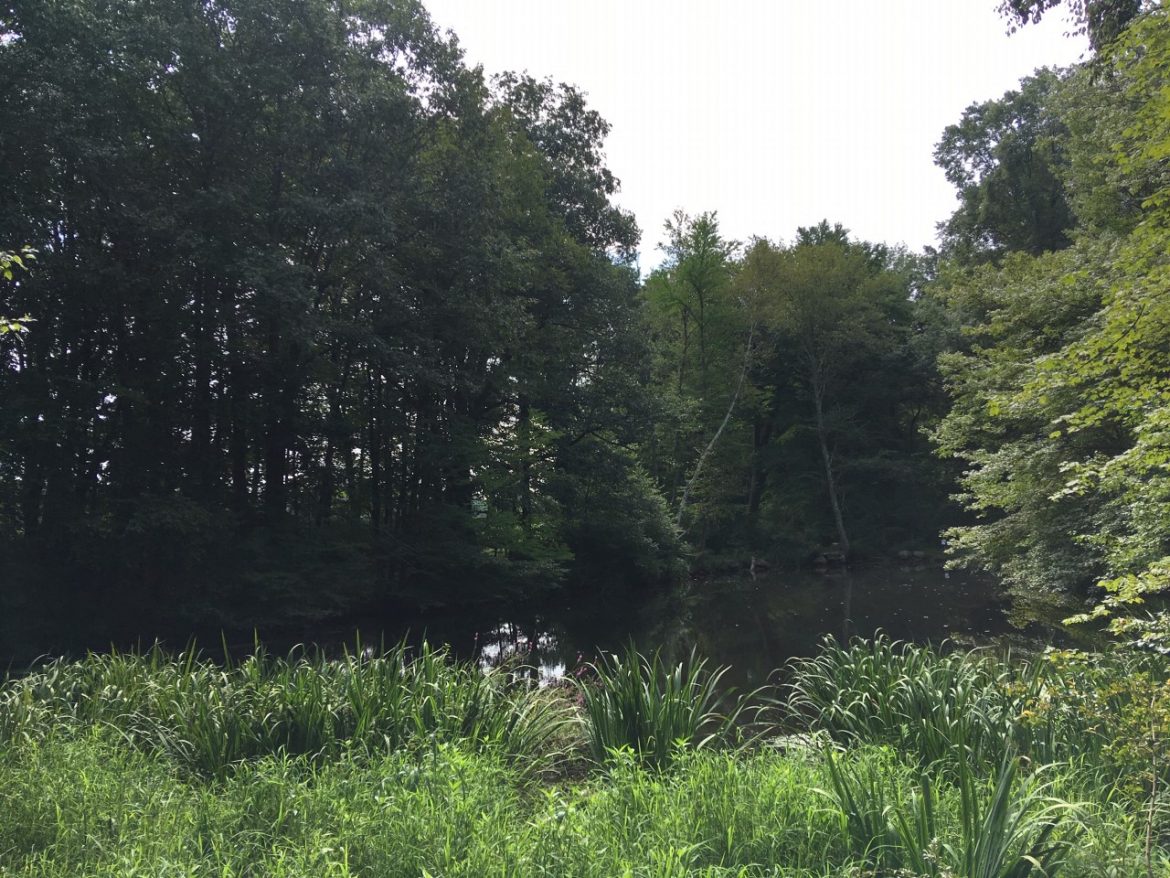 Officials last week approved $170,000 in town spending toward the dredging of Waveny Pond and improvements around it.

The figure is to be matched by funds supplied by a nonprofit organization, following a 3-0 vote by the Board of Selectmen at its regular meeting, held Aug. 20 in Town Hall.

Work to be completed by Redding-based Nazzaro Inc. includes not only the first known dredge of the pond at the foot of the sledding hill, but also creation of a dock and observation area, guiderails and plantings, according to Maria Coplit, town engineer in the New Canaan Department of Public Works.

The project cost is estimated at $325,406, with an additional contingency of $48,811, according to Coplit. The Waveny Park Conservancy is to match the town’s $170,000 contribution toward the project, and the approximately $34,000 beyond the $340,000 from both the town and organization will be held in escrow, Coplit said.

Chris Schipper, a member of the Conservancy’s Board of Directors, said major features of the reimagined pond include a raised walkway that will help those descending the sledding hill toward the pond to walk to the left of the water body, traversing stream bed that feeds the pond, as well as installation of a new wooden rail over the stone spillway at the south end and observation deck for those who wish to sit by the pond “and view the birds birds and maybe even bring a fishing pole catch a fish.”

“And we are looking at making it, I guess I would say ‘senior accessible,’ so that people who are a little older can get down to it or possibly make one of pathways very level so they can wander out to that deck and sit there for a while,” Schipper said. “That was a request from Andersons, because they wanted to see accessibility as part of the overall program.”

(The town earlier this year approved a request to rename the pond after Harlan and Lois Anderson following a donation to the project from their foundation.)

Plans for the reimagined pond, including a bubbler system to counteract hypoxia, have remained largely unchanged since local landscape firm Keith Simpson Associates unveiled them nearly four years ago.

First Selectman Kevin Moynihan and Selectmen Kit Devereaux and Nick Williams asked when was the last time the pond was dredged (not in at least 40 years, if ever), whether the town’s allocation is budgeted (yes), how the bubbler will be powered (electric) and when work will commence (pump-out and excavation starting next month so that the dredge is completed by year’s end).