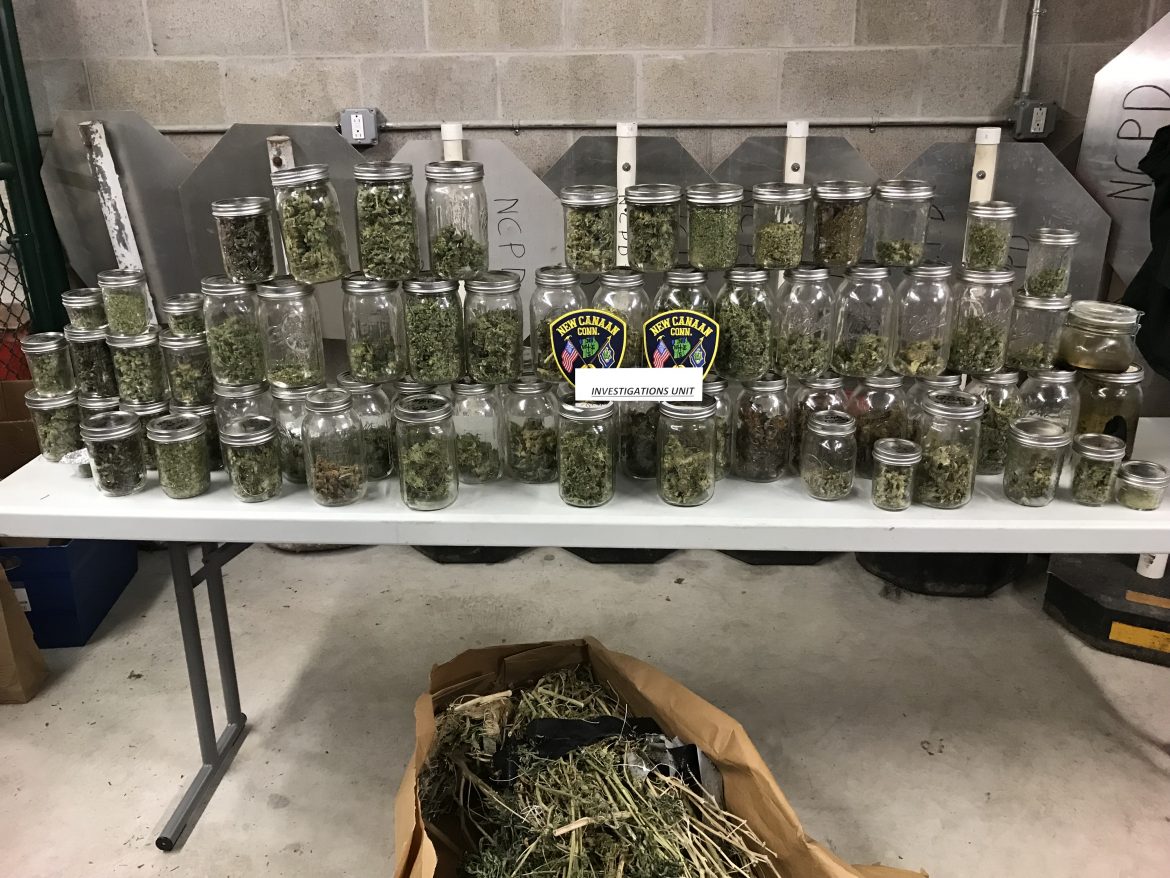 Some of what police found in a Toby's Lane marijuana grow. Photo courtesy of the New Canaan Police Department

Police on Thursday arrested a 49-year-old New Canaan man and charged him with operation of a drug factory.

Originally called April 30 to the Toby’s Lane home on a report of a domestic disturbance, officers while investigating saw a marijuana grow operation in plain view on the first floor of the residence, police said.

The man was charged with disorderly conduct, third-degree assault and reckless endangerment in connection with the domestic incident, police said.

He was released on $75,000 and scheduled to appear June 25 in state Superior Court in Norwalk.

3 thoughts on “New Canaan Man, 49, Charged with Operation of a Drug Factory”