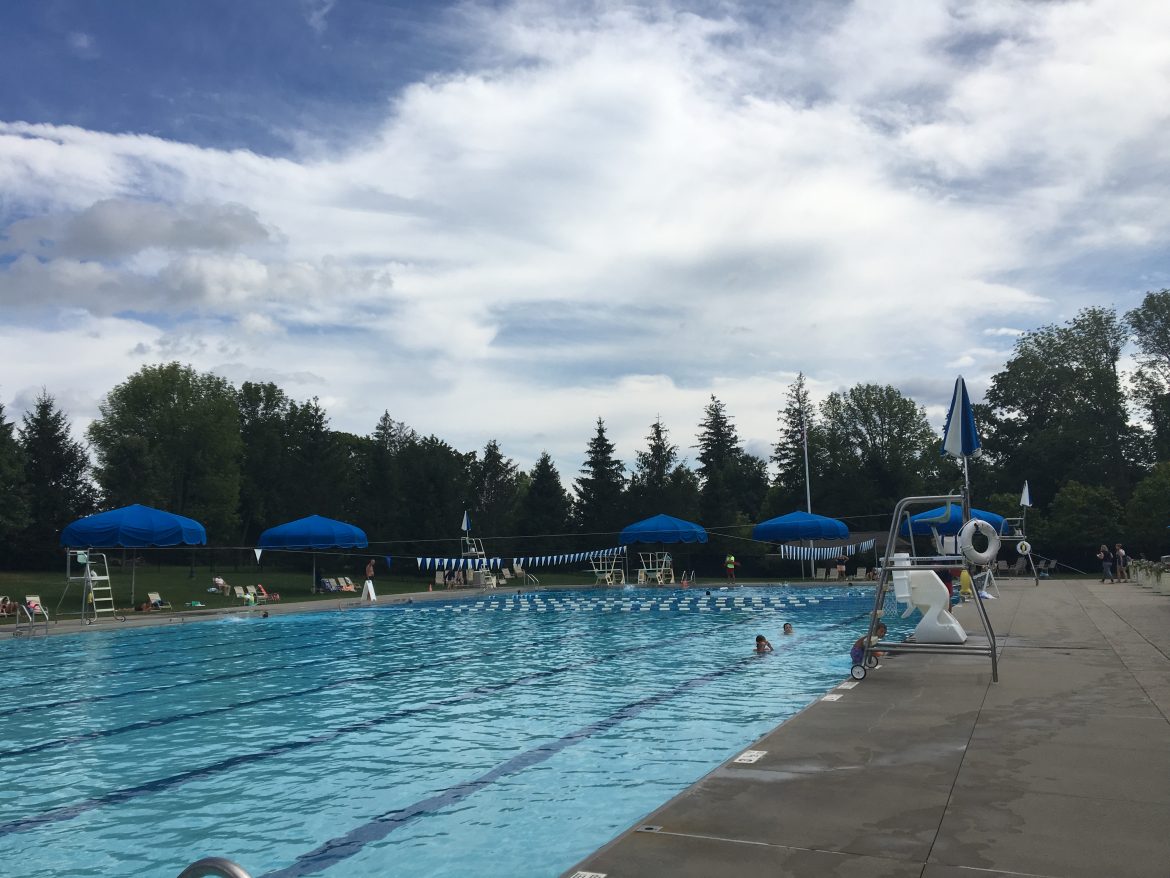 Parks officials said last week that they opened Waveny Pool last month while battling a rare problem with algae that had made its water unclear.

Fluctuating temperatures in May contributed toward an algae growth that “I have only seen once in 18 years,” according to Recreation Director Steve Benko.

Addressing a question raised by Parks & Recreation Commissioner Sally Campbell at the group’s June 12 meeting, Benko said workers spent time hand-vacuuming the bottom of the popular pool to rid it of algae that “affected our water quality.”

“I think we have it back to balance, we treated it,” Benko said said at the regular meeting, held in Town Hall.

Asked by Campbell whether he talked to those who oversee other large-pool facilities when such problems arise, Benko said yes and added, “This is the first time that we have had this issue.”

“It’s a matter of trial and error, what works, I did put in some algaecide on Monday [June 10],” he said.

Campbell said she went swimming on the day of the meeting “and it was 100% better than it was.”

“But it still has a little ways to go,” she said.

The Recreation Department as of the day of the meeting had sold about 600 family passes, including the 100 set aside for out-of-towners (sold for $1,225 compared to the resident rate of $455). The town also has sold about 98 individual passes and 115 senior passes, Benko said.

“People are coming in all the time,” Benko said. “We have a steady stream at the office to get passes.”

Asked whether the solar power system had been installed yet at the Waveny Pool house, Benko said not yet—the pavilion is due to get the upgrade after Town Hall is finished.