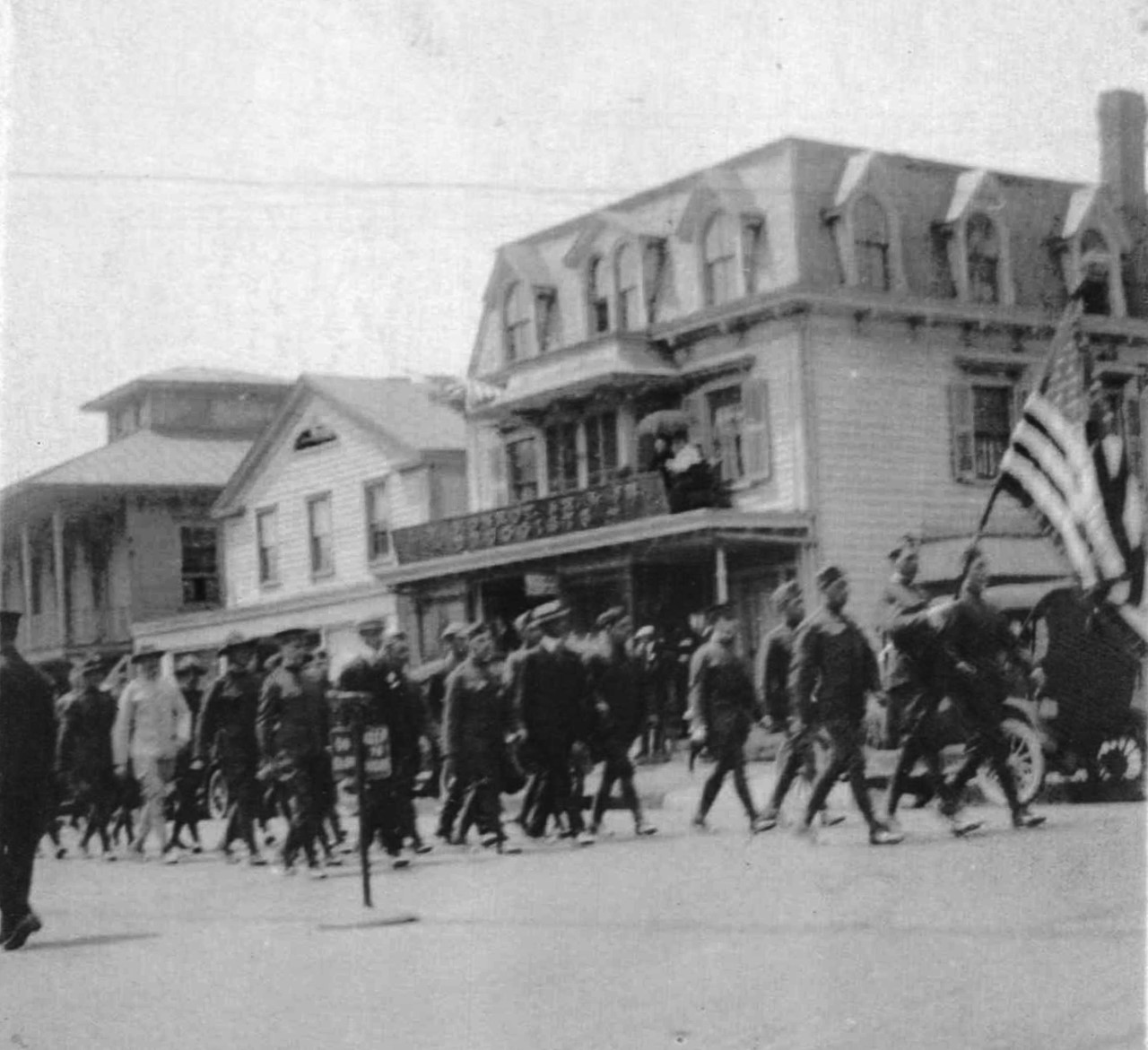 Carl Franco’s first thought on unearthing the stash of curled, cracked back-and-white photographs 15 years ago was that they must’ve been taken during a long-ago Memorial Day Parade.

He’d been cleaning out his house—which has been in the Franco family since the 1940s—in preparation for a renovation, and came upon the photographs in the attic.

Then he saw that they were dated. 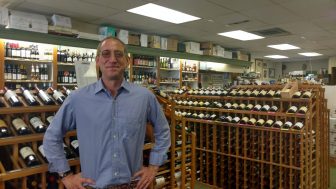 “So I knew it wasn’t May,” Franco said. “It was in September 1919. So I looked it up, wondering what parade would it have been.”

The photos were taken in downtown New Canaan on Sept. 30, 1919—exactly one century ago—and they capture images from a special celebration marking the end of World War I and the return of local men who had served.

Though the armistice that ceased hostilities on the Western Front had been signed the prior November—commemorated thereafter as Veterans Day—New Canaan would wait until that Tuesday in September 1919 to hold what Mary Louise King called “the big celebration” in her local history, “Portrait of New Canaan.”

“Ever since June 1917, when a Solders’ and Sailors’ Fund was started with a benefit in the town hall, New Canaan had been preparing to welcome its returning men,” King writes.

Buildings were decorated with bunting, “horns and confetti proliferated,” and the parade started at 2 p.m., according to King.

“While eight of New Canaan’s wounded veterans rode in cars, some 120 uniformed veterans marched behind Col. Marshall Stearns over flowers children had strewn in the line of march. Among the hundreds of participants were Red Cross ladies in cars and the Women’s Relief Corps. This time the route was short and ended on South Avenue, so that the men could easily reach the ball park where a special game was played.”

At the time of the celebration, the Francos had already been in New Canaan for about 15 or 20 years, and their green grocer, later liquor store, had moved to its present-day Elm Street location from Forest and then Main Street.

The 10 parade photos likely were taken by one of Franco’s family’s aunts or uncles, or possibly his grandmother, he said.

“But I’m not sure,” Franco said. “I think she would have looked at a camera how older people look at an iPhone these days. So I will suspect it was probably—my father wasn’t born then—so it was probably one of his older siblings.”

Franco had the fragile photos digitized and clarified by Bill Arciprete of One Spin Media.

New Canaan had been deeply involved in World War I, and would eventually commemorate that involvement in the Wayside Cross, which would be unveiled at the foot of God’s Acre in 1923.

In March 1917, King writes, “34 New Canaan men had joined the National Guard and “one week before war was declared, 74 men drilled in the Town Hall.”

On Feb. 21, 1918, “as New Canaan held another war rally in the Town Hall, the town had just learned of its first war casualty—Albert Tompkins and 11 other firemen on the U.S. Grant had been smothered under coal being loaded into bunkers—and New Canaan put up its first gold star on its outdoor Honor Roll,” according to King.

“But as more and more New Canaan men reported to army camps, word reached New Canaan in August that, first, Alfred Taylor, a machine gunner in Co. C, 165th Infantry, and then Capt. Henry E. Kelley had been wounded at the front. In October Lt. George R. Stevens, Jr., was wounded and two other New Canaan men died of pneumonia, in camps in this country.”

It’s true that New Canaan, with countless other towns, celebrated the armistice locally on Nov. 11, 1918. At 3 a.m. that Monday, “at 3 AM as church bells rang out, bonfires were lit, and as much noise as possible was raised all over town,” King writes.

“Again there were two parades, each again led by the Town Band, some 500 children marching in the afternoon. Joy was obviously unrestrained, and for good measure the Kaiser was burned in effigy.”

The “big celebration” on Sept. 30, 1919, saw about 175 soldiers and sailors gathered behind Town Hall “where a festive clambake was afterward served to them,” King writes.

“The evening ended with a gala carnival and dance.”

Franco said the photographs capture a gathering that “you don’t see these days.”

“I guess there’s parades for a lot of things these days, but it’s just something unusual because it seemed to be such a localized parade, it had such local ties,” he said.

Asked about his discovery of the photographs, Franco said, “I just think it’s great for future generations, my nieces and nephews. They’re in my closet right now, they’ll be forgotten about and they’ll be rediscovered again.”