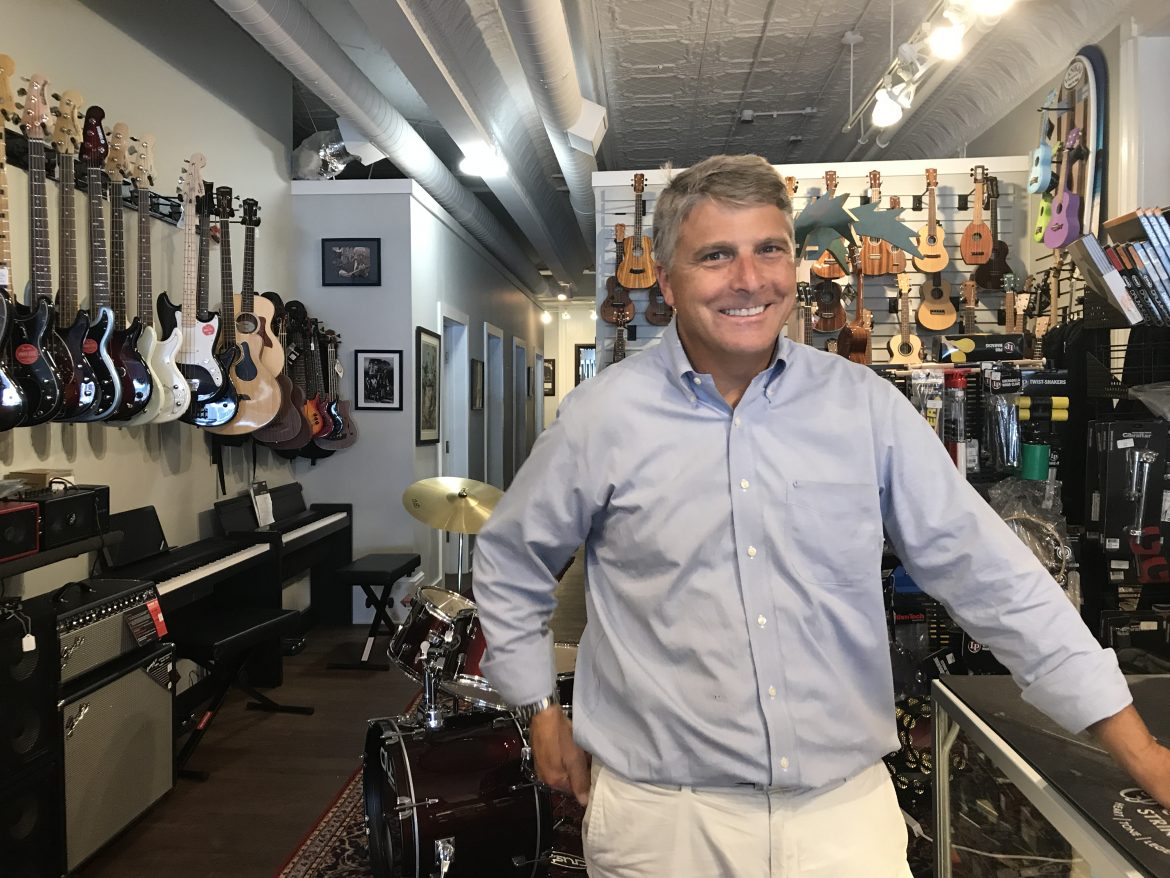 An established New Canaan business has opened a second location in Rhode Island.

New Canaan Music, which sells and rents out instruments and offers music lessons, opened its Newport, R.I. store on Saturday, according to owner and town resident Phil Williams.

“I think we’ve got a pretty good formula and I wanted to broaden [the company] a little bit,” Williams told NewCanaanite.com.

“I’m feeling really good about it,” he added.

Asked why he chose to open a shop there, Williams said, “It’s a great little town.”

“There’s a big music community there and no music store,” he said.

New Canaan Music is a membership business of the New Canaan Chamber of Commerce. Williams, a Planning & Zoning Commission member, is a former member of the Chamber’s Board of Directors.

The new store will sell a range of instruments such as guitars, mandolins, ukuleles, banjos, and electronic pianos, according to Williams.

“We’re going to try to do what we’re doing in New Canaan and really expand,” he said.

Budd said the Chamber is “thrilled for Phil and his team at New Canaan Music.”

“We’re not surprised at all that Phil was able to expand up to Newport and we know he will be very successful there,” she said.