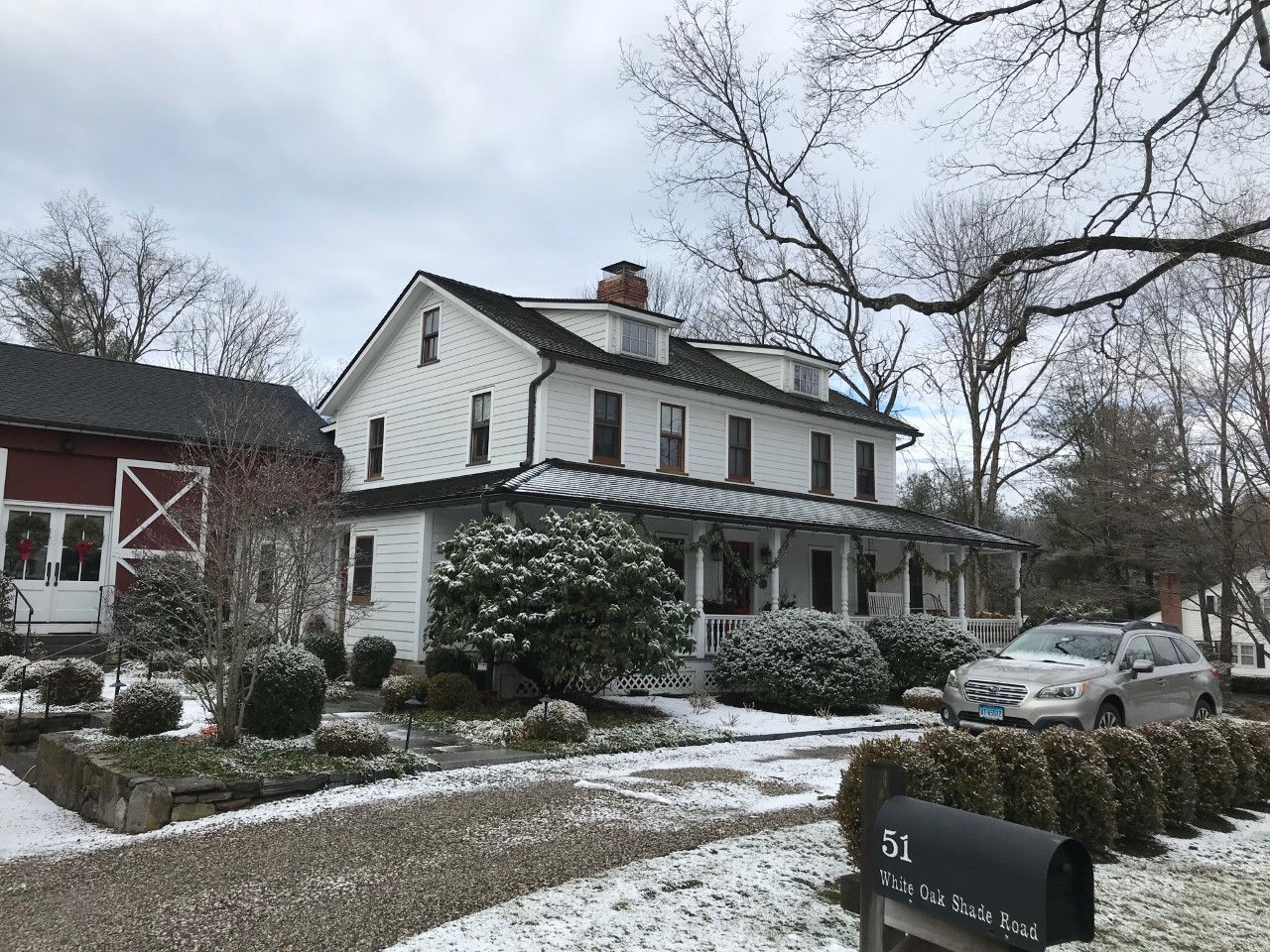 Once referred to as 33 White Oak Shade Road, the antique house is now listed in tax records as #51. Credit: Michael Dinan

Carey Weed, born in Stamford in 1782, settled on a farm in what was then called the White Oak Shade District.

Like his father, Andrew was both a farmer and a shoemaker.  Andrew married Betsey Banks, from Easton, and they lived and ran his father’s farm on White Oak Shade.  Andrew and Betsey had five children – Clarissa, Mary, Henry, John, and Freddie, whom they raised in their house at #33 (listed today as #51).

According to tax records, the four-bedroom house has been owned by just four families since the bicentennial of 1976, when it was sold for $137,000. The town in 2003 issued permits to demolish a garage and reassemble a barn on the 1.07-acre property.