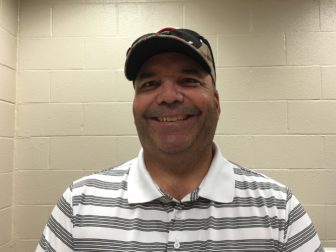 One of our most recognizable names, voices and faces, Bill Brown is a true New Canaan institution. A town treasure who has positively impacted generations of students from the last days of Center School in the early 1980’s right up to the present, Brown is also one of the most prolific coaches in New Canaan High School history, having guided the Rams to four FCIAC titles, 12 FCIAC East and 1o state championships in his 17 seasons at the helm of the Varsity boys golf team.

Born in Norwalk and raised in New Canaan on Parade Hill Road—a veritable breeding ground for great athletes in town—Brown was the youngest of four boys who all played sports at New Canaan High School. It was in the mentoring of younger athletes where Brown found his niche, as the NCHS Class of 1978 grad began coaching PONY League baseball while still in high school. 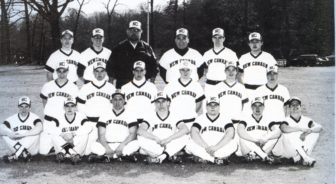 Brown coached Pop Warner Football in the early 80’s, where he helped develop many future New Canaan Rams gridiron stars. He also coached Babe Ruth baseball for fourteen years, winning several town championships with the Cardinals—titles which are on display near the Lodge at Mead Park. 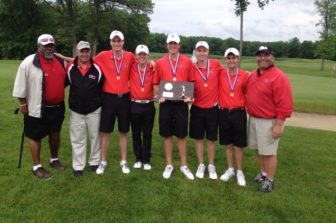 Since becoming the Varsity boys golf coach in 2000, Brown has accumulated a record of 255-42-2 in 17 seasons. A longtime equipment manager for the football team, he also serves as an announcer for Rams home basketball games and is a backup for “The Voice of the Rams” Bob Vanderheyden at home football games.

Brown never misses a single youth football game at Dunning Stadium behind the PA microphone, where his humor, guidance and dedication to young athletes continue well into a fifth decade.