In 1972, Robert (Bob) Schott was a standout on the New Canaan High School track and field team. Elected one of two team captains by his peers, Schott was one of the few sprinters to break the grip members of New Canaan’s elite distance corps had held on the position for many years. 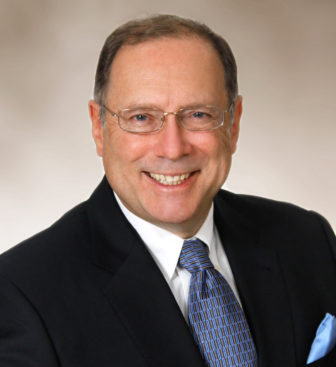 Schott rose to the status of an elite national athlete that year, establishing school records in the 50-yard dash (5.5 seconds), the 60-yard dash (6.6 seconds) and the 300-yard run (32.1 seconds). Schott was ranked third in the nation in the 300, and his time put him in second place in the Connecticut High School CIAC record book at the time.

His indoor track season was followed by an even more storied outdoor track and field season. Again as captain, Schott scored a season-record 172 individual track and field points, a record believed to be yet surpassed at New Canaan High School.

Often contributing 20 points per meet in FCIAC competition, he led the team as a sprinter, long jumper and relay member. Yet it was in the grueling 440-yard run that Schott distinguished himself.

A consistent winner in the quarter-mile through the outdoor season, Schott won the Class L State Championship and set a new NCHS record of 50.1 seconds. His success made him an obvious choice for the anchor position for the 4×440 relay, where he often came from behind to win the race.

Perhaps most impressive was Schott’s performance in the Connecticut State Open meet, where he became just the second NCHS athlete to win a State Open title.

After graduation, Schott walked on to the the track team at the University of Notre Dame. In his first intercollegiate meet Schott earned 13 of the 15 points necessary for his first college varsity letter.

But it was Schott’s 1973 performance against 1972 Olympic 800-meter gold medalist Dave Wottle that not only secured a scholarship—it earned him near-legendary status in annals of collegiate track and field history.

Taking the baton for the 600-meter leg of an indoor distance medley relay, Schott was five meters behind the Bowling Green Olympian. Schott slowly made up the difference on the tight turns, ultimately catching and surpassing Wottle on the last turn. He passed the baton to his surprised teammate a full three meters in front of the world champion.

On that day, Bob Schott earned his place on the team and a Notre Dame athletic scholarship for his remaining years of collegiate competition, where he gained his Notre Dame monograms and competed against some of the greatest runners in the world.

The celebration runs from 10am to 3pm and includes a continental breakfast, beverages and lunch. The cost is $50 for adults, $20 for students. Children under 14 are admitted for free.