In 1962, President Kennedy proclaimed May 15 as National Peace Officers Memorial Day and the calendar week in which May 15 falls, as National Police Week.

Established by a joint resolution of the U.S. Congress in 1962, National Police Week pays special recognition to those law enforcement officers who have lost their lives in the line of duty for the safety and protection of others.

In 2021, across our nation, 619 officers died in the line of duty. We must honor these men and women. 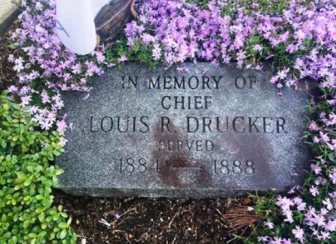 This week, we honor two New Canaan Officers whom died in the line of duty:

Louis Drucker died on January 25, 1888 after being shot in the chest by a bootlegger when responding to a complaint of illegal alcohol sales at a Seminary Street home. 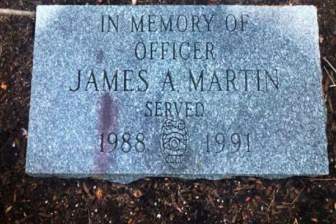 James Martin died on July 24, 1991, during a fierce storm, after coming in contact with a downed electrical wire while responding to a stranded motorist with trees down call on Valley Road.

We honor their ultimate sacrifice and express our sincere condolences to their grieving families, friends, fellow officers and loved ones. These men, as well as all our fallen brothers and sisters in law enforcement, left behind families and friends who will forever carry the ache of loss and grief which accompanies a life lost in its prime.

Police Officers are ordinary people who are at times required to exhibit extraordinary courage in the pursuit of their mission to safeguard the lives of the citizens they serve.

May we never forget!