Town officials last week approved a permit to build a new home on a .18-acre lot on Charles Place. 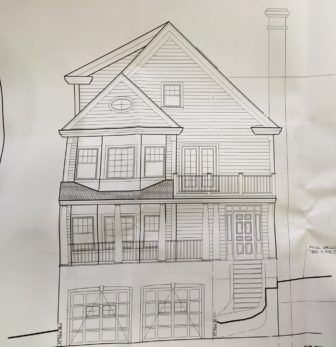 This 2,214-square-foot house is planned for 7 Charles Place in New Canaan.

The 2,214-square-foot house planned for 7 Charles Place will include five bedrooms, three full bathrooms, one half-bath, two fireplaces and a finished attic and basement, according to the permit, issued Oct. 19.

It will cost about $375,000 to build, according to the permit. The contractor on the job is property owner Kostantinos Panapakides, it said.

A permit originally issued in April 2007 had been revoked, building records show, after it expired last December.

New Canaan on Oct. 12 received an application to build a new two-family residence at 50-52 Oak St.

The new units will include about 4,288 square feet of living space, combined, according to the application—about 557 more than the current, 1967-built structure.

The new homes will cost about $400,000 to build, the application said. 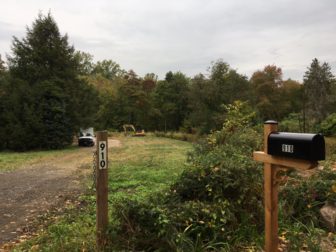 The town this month issued a permit to demolish a 1900-built Cape-style home on North Wilton Road.

It’s the only structure on the 3.64-acre parcel at 910 North Wilton Road, tax records show.

It isn’t clear what, if anything is planned for the property.

Purchased for $3 million in February 2014, the property is owned by a Delaware-based limited liability company called ‘910 NWR LLC.’ The similarly named 858 NWR LLC owns the property to the west at 858 North Wilton Road. That property had been transferred in August 2015 from Bob Prince, a founder of Grace Farms. A spokesperson for the organization said the property at 910 North Wilton Road is not affiliated with Grace.