About one year after neighbors voiced concerns for a proposed two-family home on a .36-acre lot, the New Canaan Building Department on May 17 received an application to build a new 4,800-square-foot single-family dwelling on the property. 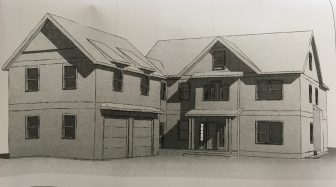 This home is planned for 27 Raymond St. in New Canaan.

The proposed five-bedroom house at 27 Raymond St. would include six full bathrooms, one half-bath and a finished attic and basement, according to the building permit application.

The contractor on the job is Norwalk-based Marcin Pyda, one of the principals of the ownership group, Raymond LLC. 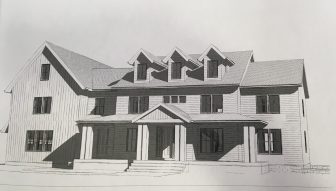 This house is planned for 71 Hillcrest Road in New Canaan.

The town on May 14 received an application to build a new 4,400-square-foot house at 71 Hillcrest Road.

The four-bedroom home planned for the one-acre lot will include three full bathrooms and two half-baths, according to the building permit application. A demolition permit was issued in April for the existing structure.

The property was purchased in March for $900,000, tax records show.