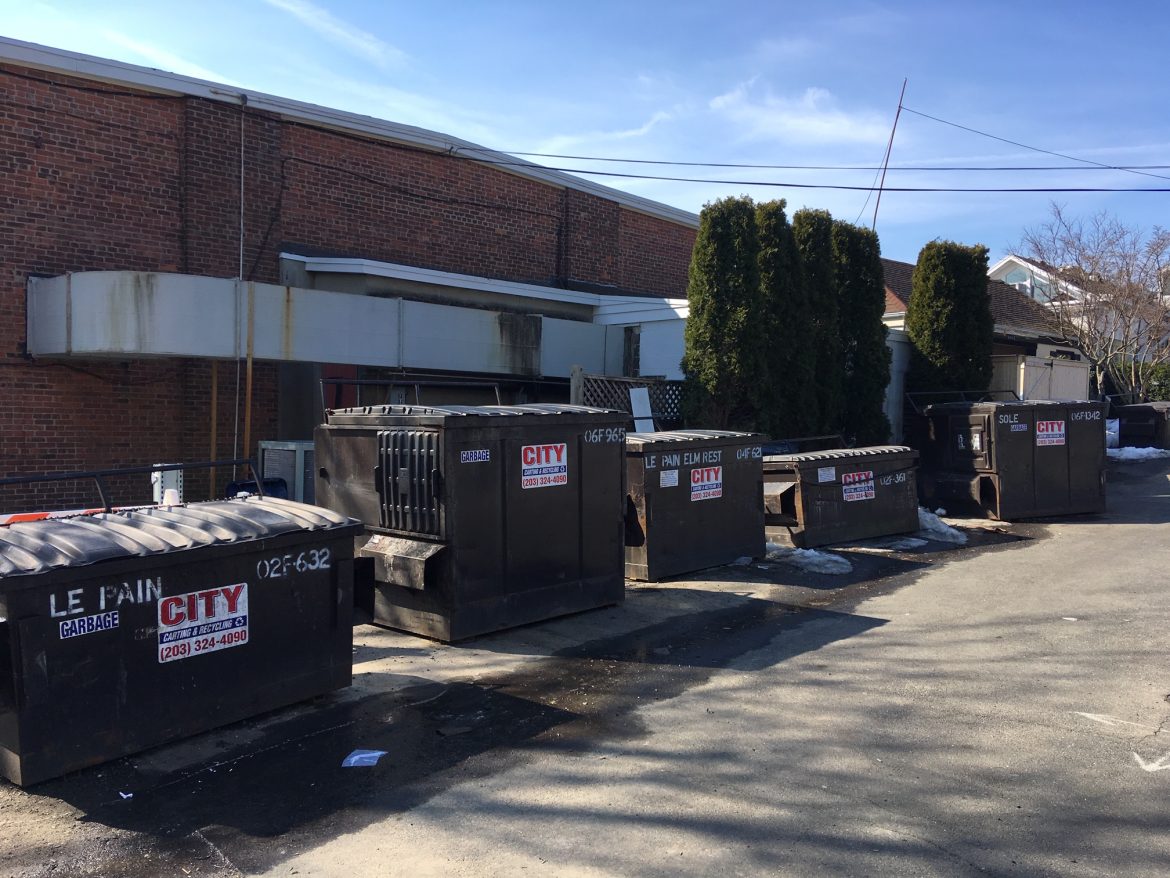 The row of City Carting dumpsters behind the Playhouse. Credit: Michael Dinan

Months after hiring a pest control company to address a rodent problem out back of the Playhouse on Elm Street, the town is preparing to install a single trash compactor that will do away with the unsightly, scattered dumpsters that created the problem in the first place.

Town officials additionally have instructed the owners of food service establishments, including Solé, to have their grease traps cleaned inside instead of leaving the smelly contraptions outside for servicing. 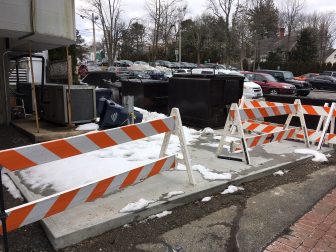 Here’s the concrete slab where the trash compactor will sit. Credit: Michael Dinan

Not only will the new City Carting compactor address the odor and ugliness of seven dumpsters lined up alongside the Playhouse Lot, but the town will use it instead of a pair of dumpsters now located at the end of the parking lot behind Town Hall, according to Public Works Director Tiger Mann.

Asked about the aesthetic- and health-related problems that the compactors is expected to address, Mann said, “The site just wasn’t appealing, as far as, you pull into the Playhouse Lot because you’re going to walk down the alley to go to the signature downtown area of Elm Street, and the first thing that greets you is seven dumpsters.”

Those City Carting dumpsters are being paid for by individual property owners, Mann said, and in addition to the food service establishments using them—they’re stamped with the names representing Le Pain Quotidien, Solé and Bow Tie Cinemas—residents also were bringing down their own household garbage in the mornings and on weekends.

The area wasn’t policed well and ended up being used as a drop-off spot for other items, too, Mann said—for example, for businesses to dump their linens for pickup by companies that serviced them.

“It just started look really, really bad, then the garbage and grease and rest of it attracts rodents,” Mann said. “And I have a movie theater right there and we don’t need rodents near the movie theater. So the thought was, why don’t we try to consolidate all of them in one shot?”

A new slab has been poured and the compactor to be placed on it is expected to arrive within two weeks, Mann said.

Last summer, New Canaan’s health director sent a notice to the relevant business owners and managers saying that the town had hired a pest control company “to address issues related to potential rodent activity in the area beyond the Playhouse Theater.”

“The Town has encumbered this cost and requests the assistance and cooperation from the restaurants and establishments in the targeted area to address this potential Public Health concern,” Jennifer Eielson’s letter said.

She instructed them to clean and remove overgrowth and brush from the area, remove grease barrels, clean up and ensure that when the new compactor arrives, that “nothing is dropped on the ground and that the lid is closed after each use.”

It isn’t clear what pest control company the town hired or for how much—the contract was not immediately made available.

If the new system works at the Playhouse Lot, Mann said, a version of that could be put in place in the more conspicuous, privately owned alley alongside Starbucks, which has a series of dumpsters facing across Park Street toward the train station platform.