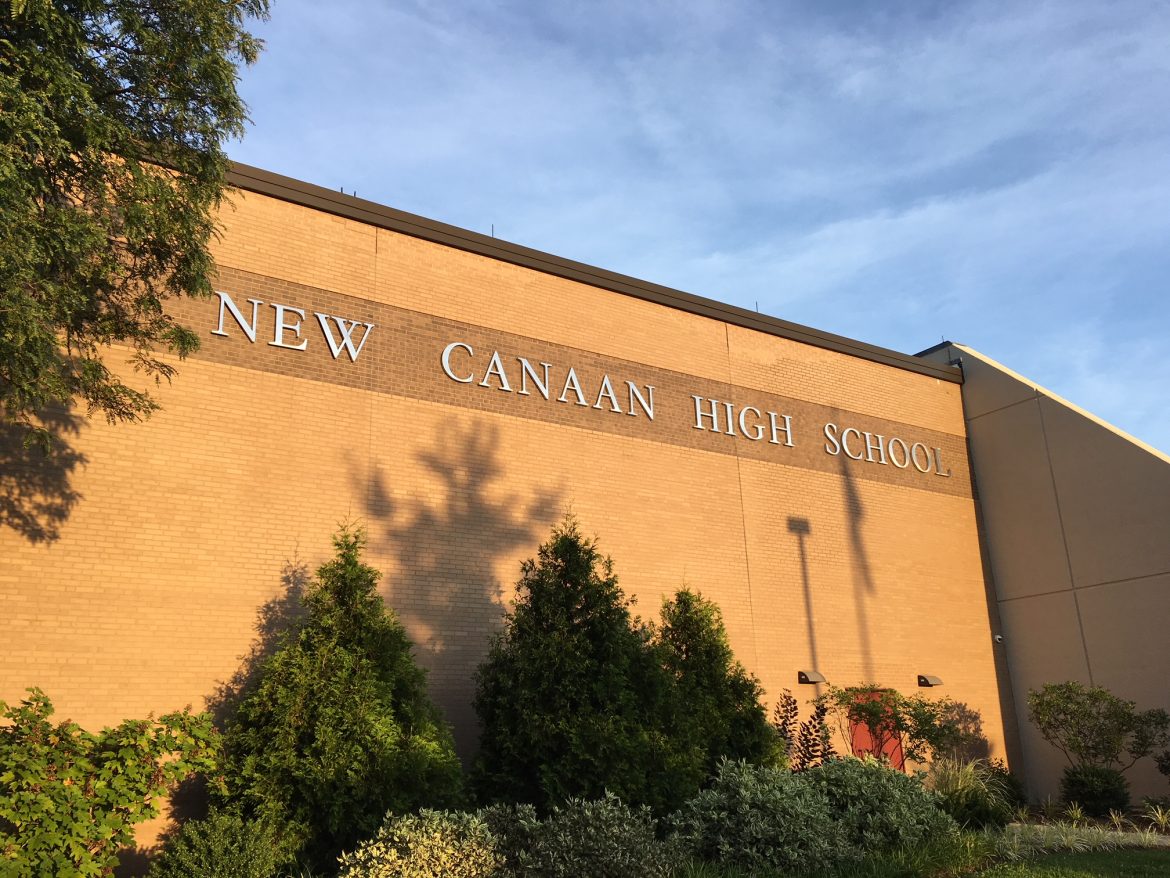 Starting this year, New Canaan High School students are not permitted to use cellphones in class during the day, Principal Bill Egan said Monday night.

In the past, the decision on cellphone use had been left up to individual teachers’ discretion, but the feedback from those educators has been that it’s simply “not a great thing for anyone,” Egan told members of the Board of Education during their regular meeting.

“The cellphones are a distraction, so we want them out of the classroom,” Egan said at the meeting, held in the Wagner Room at NCHS.

“So they will not be there during the class. They will have cellphone cradles that we will put them in. They can have them during their downtime—we are not trying to stop phones in the building. So they can have them in the hallway, the library, the cafeteria. Places like that.”

The comments came during an update from Egan on the first day of school, which was last Thursday. Each public school principal addressed the Board with a summary of how the start of the 2019-20 academic year went.

“I am truly grateful to be the New Canaan High School principal,” Egan said. “This is the finest high school in the state.”

Other changes starting this year relate to homework polices. Specifically, Egan said, teachers came together and suggested that if homework is due the following day, that it will be posted by 2:30 p.m., and that kids must turn in electronic assignments no later than 11 p.m.

“While we think that is late enough already, no later than that,” Egan said.

Teachers will also post each day how long an assignment should take, and the high school aims to ensure that assignments take about 20 to 25 minutes per night, Egan said.

“If you have 25 minutes a night, at five classes, you are already over two hours, and pretty much every study will talk about two hours of homework at the high school level,” Egan said, adding that the occasional assignment may take longer.

Board member Sheri West said she applauded the new polices that are designed to make NCHS an even healthier school “from a balance perspective.”

Vice Chair Dionna Carlson suggested that sophomores, juniors and seniors be surveyed at the end of the school year to help the Board understand the impact of the changes.

“These are a lot of great initiatives and maybe they will not be able to unpack what is the most important,” she said.

Chairman Brendan Hayes suggested also surveying parents once or twice during the year to get their thoughts on the changes. The high school is “continuing to improve things from a health and wellness standpoint, and my hope is that at the end of the day, academically it ends up being a net positive,” Hayes said.

Egan noted that some of the ideas that NCHS is implementing came from students themselves, with whom educators regularly chat during lunch, asking about what they’d like to see done differently.

The principal described the first day of school as exciting.

“That day, the administration made it around to every classroom in the building,” Egan said. “I thanked them for being back in school. I said there is no finer day than the first day of school. Truly everyone is so happy and ready to take on the world.”

“I did tell them that the last day is pretty close,” he continued, drawing laughter from the room.

3 thoughts on “New Rule: No Cellphone Use in NCHS Classrooms”