A 22-year-old Norwalk woman is slated to become the newest officer in the New Canaan Police Department, officials said. 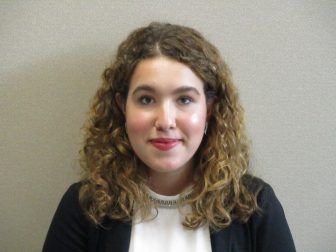 Annamaria Ceci is to become the newest member of the New Canaan Police Department. She will be sworn in as a police officer Dec. 11, and is expected to start working here next summer after attending the Police Academy. Photo courtesy of NCPD

Annamaria Ceci, a graduate of the Academy of Information Technology & Engineering in Stamford who earned a bachelor’s degree in Criminal Justice and Victim Services from the University of New Haven, is to be sworn in Dec. 11, according to a press release issued by Police Lt. Jason Ferraro.

Ceci, who most recently worked as a procurement assistant for the Stamford-based Odyssey Reinsurance Company, was one of 79 individuals who applied in September 2017 for an entry-level police officer in New Canaan.

Following next week’s swearing-in ceremony, to be held at 10 a.m. Tuesday at Lapham Community Center, Ceci will commence recruit training at the Police Academy in Milford, with a tentative graduation date of July 2019. At that point, Ceci is to undergo at least 400 hours of supervised field training in New Canaan prior to her certification as a probationary police officer.